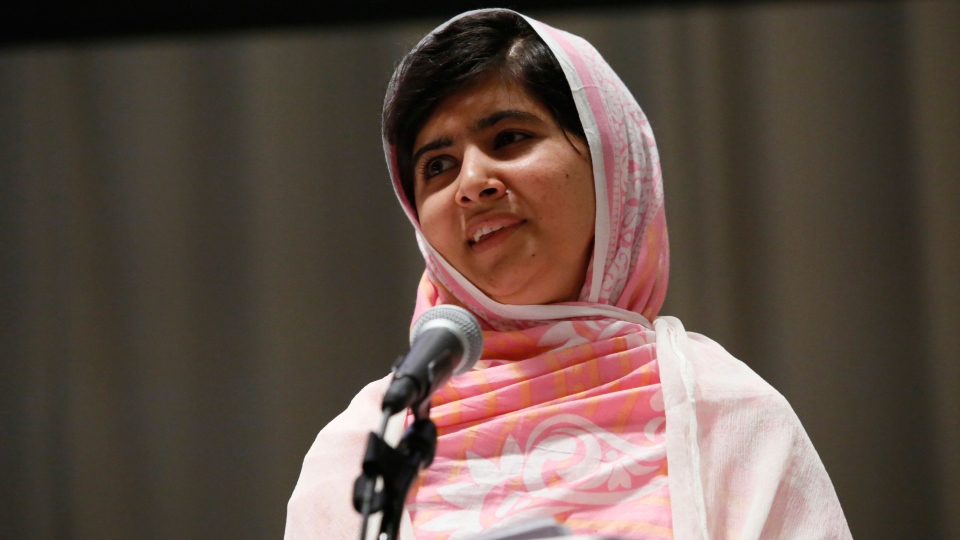 “One child, one teacher, one pen and one book can change the world”

On July 20, 2013, a young sixteen year old girl, whom the Taliban had tried to kill by shooting her point blank in the head, gave a speech to the United Nations. It was a powerful speech that many will be evaluating and referring to for a long time.

Using rhetorical devices during a business presentation, and particularly in speeches, is thought provoking and adds interest, which holds your audience’s attention. There are over twenty different figures of speech or rhetorical devices you can use. Here are a few of my favorites.

Triads use repetition in threes. Many great orators such as Winston Churchill, Martin Luther King, and now Malala often use triads. Here is an example from Malala’s speech:


Three sentences with three people mentioned in each sentence.

Anaphora is using the same word or phrase to begin each sentence, such as the one at the beginning of this column. Powerful and effective, it’s one of my favourites. Perhaps the most famous use of anaphora is Martin Luther King’s repeated phrase:”I have a dream”. Even if you’ve never heard his speech, you will have heard that famous line. Another example, again from Malala’s presentation:

Another very useful device is comparing two different things without using “like” (which is a simile). Your dictionary describes metaphors as having one thing in common: a situation is compared to a real thing, although the situation is not actually that particular thing. Peter Jeff encourages us to use metaphors as “Metaphors help a skeptical or apathetic audience better embrace and value a new concept or idea. An example I enjoyed by the author Wayne Dyer is “Your body is a garage to park your soul.”


Here is an example from Malala’s speech: “So let us wage a global struggle against illiteracy, poverty and terrorism and let us pick up our books and pens. They are our most powerful weapons.”


These are only three out of approximately twenty rhetorical devices, but using even three in a speech can greatly enhance it. Why not use one of the above in your next presentation. You may not get invited to speak at the United Nations, but your audience will surely be impressed.


Mary Anthes is a retired business owner, speaker and a Distinguished Toastmaster. She can be reached at nmanthes@shaw.ca