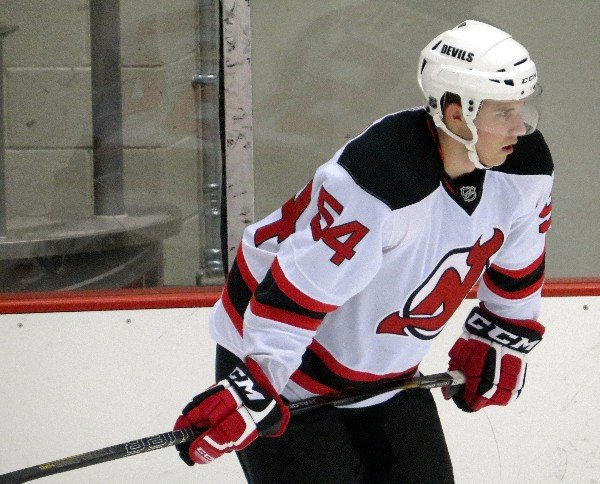 Kelowna Rockets defenceman Damon Severson has been sent back to the Rockets after an impressive training camp and NHL exhibition season with the New Jersey Devils.

Severson, who at 19 either had to make the Devils or be returned to junior, saw action in two NHL exhibition games with the Devils before New Jersey decided it was in his best interest to spend another year in the WHL.

"It went really well and I think they were happy with the way I played," said Severson Wednesday morning from New Jersey. "I didn't feel out of place but they obviously want to give me another year to mature in junior and I'm looking forward to getting back to Kelowna and helping my team."

Severson played nearly 20 minutes in each of his games, finishing minus one at home and plus one in Montreal.

He said you never want to be released from a team but added coming back to Kelowna with the core group of players that are back from last year is a great feeling.

"I think we have a great opportunity in Kelowna this year," he said. "We have a lot of returning players that have an extra year of experience and have matured in the off-season. We have a team that meshes really well in Kelowna and I'm looking forward to getting back there."

Rockets assistant coach Dan Lambert said getting someone of Severson's calibre back on the blue-line is a huge addition to an already deep D core.

"Getting Damon back really solidifies our D core and gives us an experienced guy that can play key minutes in every situation," said Lambert.

Severson will arrive in Kelowna on Thursday and is expected to play Saturday when the Rockets host the Victoria Royals at Royal LePage Place.

Get tickets for that game here.