When you think about diving, you may not think of heading underwater in Okanagan Lake to see hidden treasures, but there are a lot of objects looming in the water. 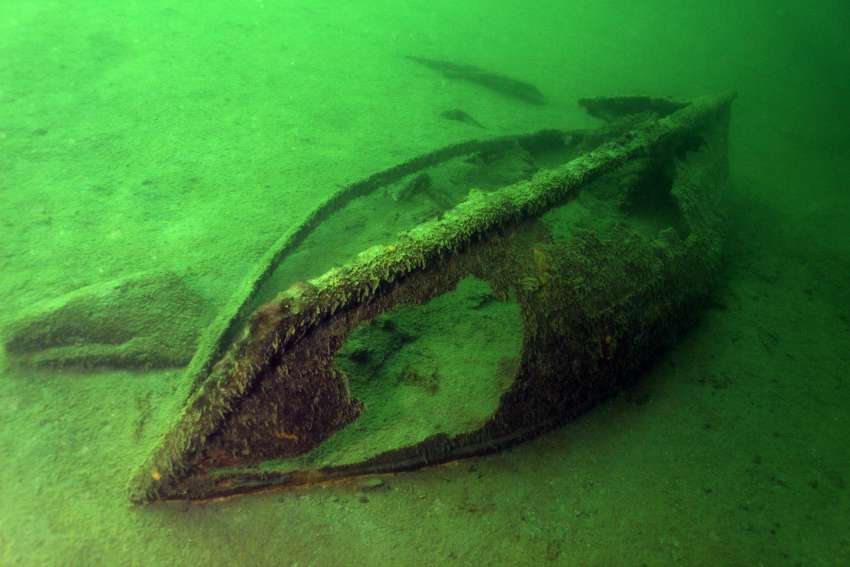 Okanagan Lake is situated 344 metres above sea level and is part of the valley’s land basin. But few people know that there are lots of underwater sights to see, including the old bridge, a Canadian Railway Barge, a 100-year-old milk truck, and more. There are at least 16 sites to explore in Okanagan Lake from just outside Vernon down to Penticton. 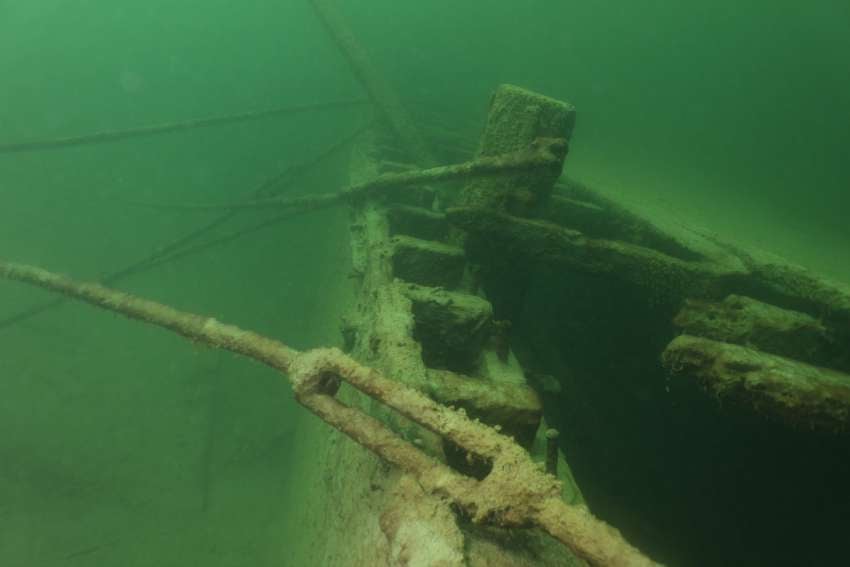 One of the most popular dive sites is located near Fintry Provincial Park on the northwest side of Okanagan Lake on Fintry Delta Road. Located off West Kelowna Road and approximately 34 kilometres north of Kelowna, the Barge at Fintry is a barge that moved cargo around Okanagan Lake. It was later used in other commercial enterprises and was sunk off the beach in the park. It currently lies in 25 to 60 feet of water and is easy to explore. 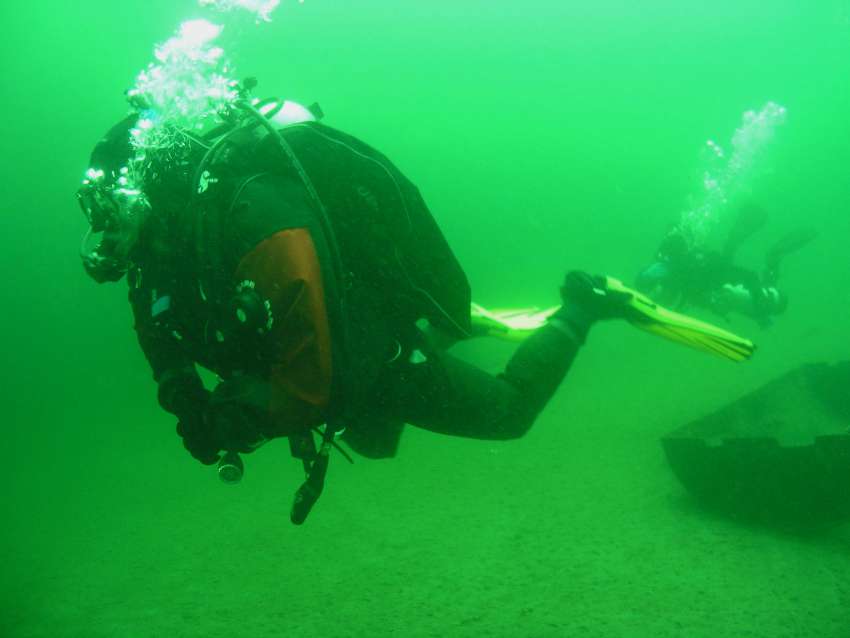 The Canadian Pacific Railway barge is approximately 190 feet in length and 30 feet across. The site has been surveyed by the Underwater Archaeological Society of BC and a plaque has been placed on the deck. Another interesting dive site also located off Westside Road is the old milk truck which lies in 100 feet of water. The truck is located off the shore near Wilson Landing and can be accessed from a public beach. 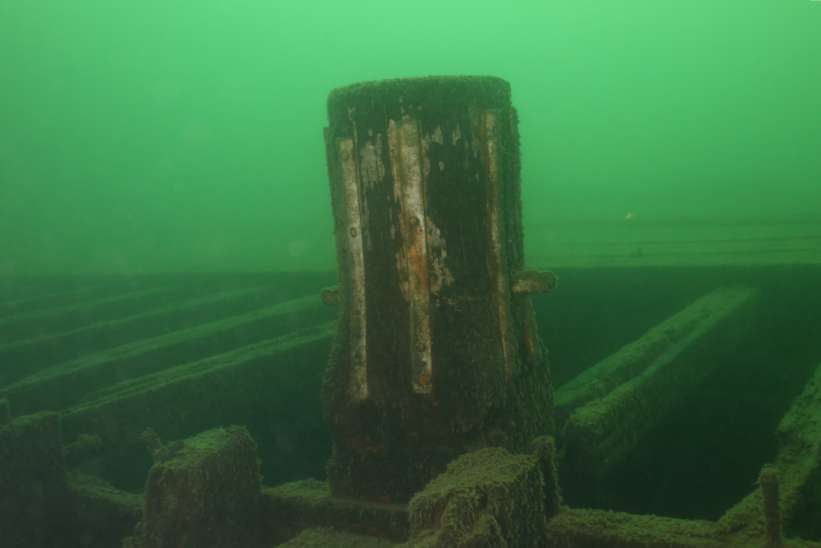 More recently, relics of the old bridge can be seen in Okanagan Lake. In 2008, the new Bill Bennett Bridge was completed and parts of the old bridge were sunken. Divers can find tools and materials left behind from the construction. Divers in this area are strongly cautioned as boat traffic moves freely under the new bridge. 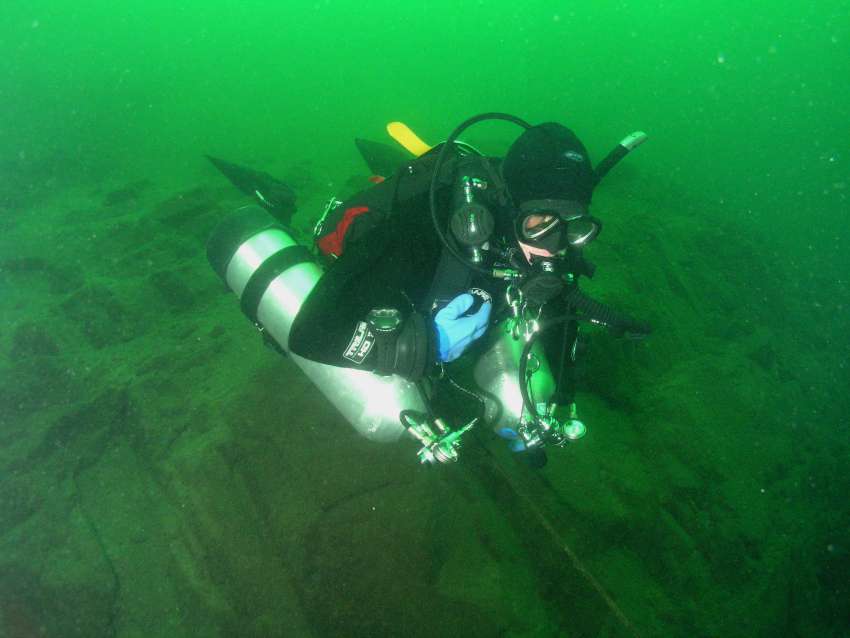 And of course no dive trip would be complete without searching for the Ogopogo. Legend has it Ogie lives in the waters around Squally Point just south of Peachland. The site offers divers a cavern to explore, and perhaps you can solve the search for the lake monster. The dark cavern is only accessible by boat and is dark and mysterious. Who knows what you will find inside, but hopefully it’s friendly! 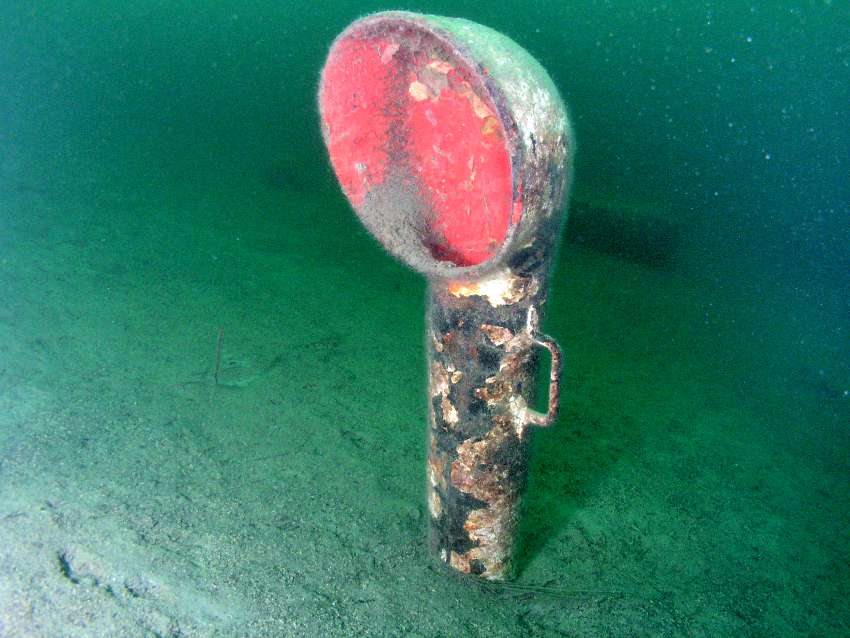 There are plenty of other sites to check out in the Okanagan and it is highly recommended that you speak with an expert before hitting the water. The best visibility is during the spring, fall, and winter months as there is low visibility in the summer time. Okanagan Lake has shore and boat dives catering to all levels of divers. Okanagan Lake is 232m at its deepest and has shallower reaches too. 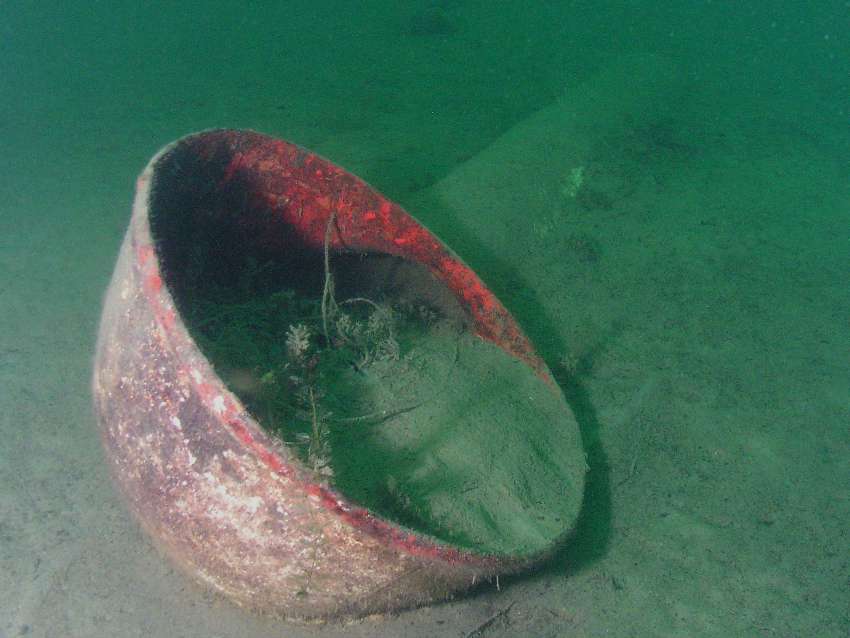 For more information or lessons be sure to visit one of Kelowna's many diving schools including Serpent Aquatics in West Kelowna. All photos are courtesy Sheldon Boyd at Serpent Aquatics and were shot using an Olympus 5050Z camera in an Olympus underwater housing unit with an Inon Strobe Light.