Snapchat's customer ratings on the Apple Store recently plummeted to one-and-a-half stars following allegations that the company’s CEO had claimed he wasn’t interested in expanding the application to “poor countries.”

The ratings began to drop on Saturday after Variety, a U.S.-based news website, quoted an ex-Snapchat employee who alleged that the current company CEO, Evan Spiegel, said that “the app is only for rich people. I don’t want to expand into poor countries like India and Spain.” 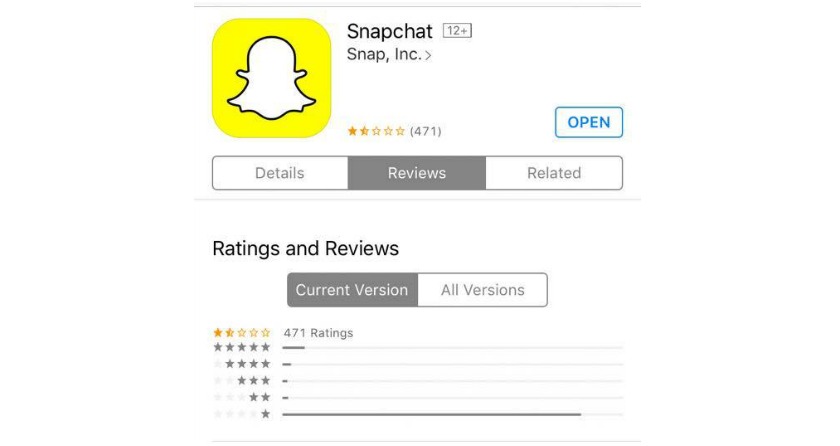 Since the Variety article was published, Snapchat’s ratings dropped to one-and-a-half stars and the customer reviews have been flooded with comments from individuals criticizing Spiegel’s comments. 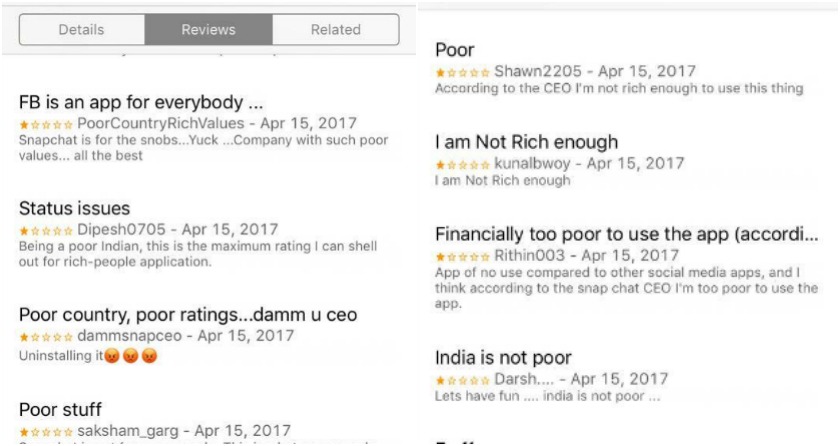 The incident marks the latest event in which a company’s reputation has taken a hit because of an employee’s poor choice of words.

However, what’s important to note is that despite the poor customer ratings and backlash, it’s not confirmed yet that Spiegel said anything about Snapchat being only for rich people.

This fact has led people taking to social media to defend Spiegell and Snapchat.

Ultimately, although it's currently unclear whether Spiegel made those comments, what is clear is that Snapchat's customer ratings are continuing to take a hit.