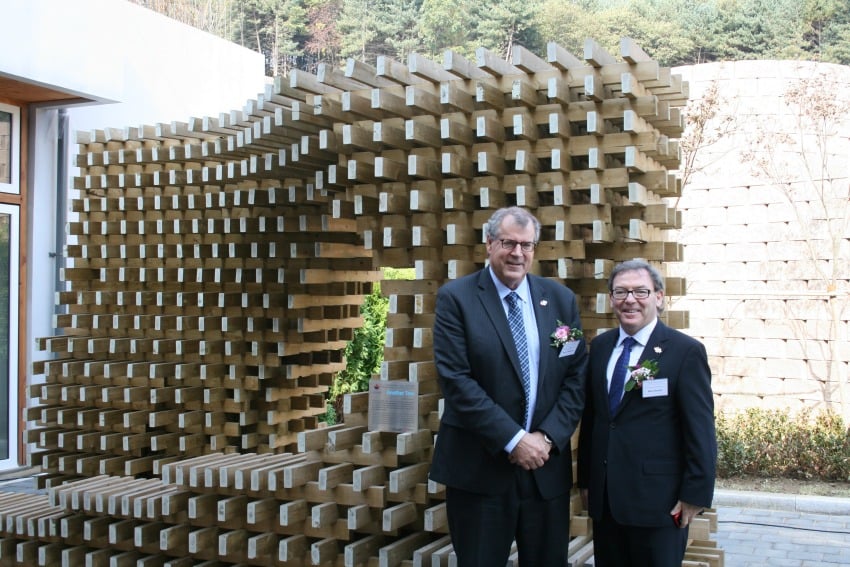 The GICO Community Centre is a 141-unit wood frame housing complex east of Seoul in Daljeaon-Ri. The construction is meant to showcase the benefits of building with wood in South Korea, which the government says include “sustainability, environmentally friendly building practices, and energy efficiency.” In honour of the Canadian contribution to the centre, it's being named “Canadian Maple Hall”. 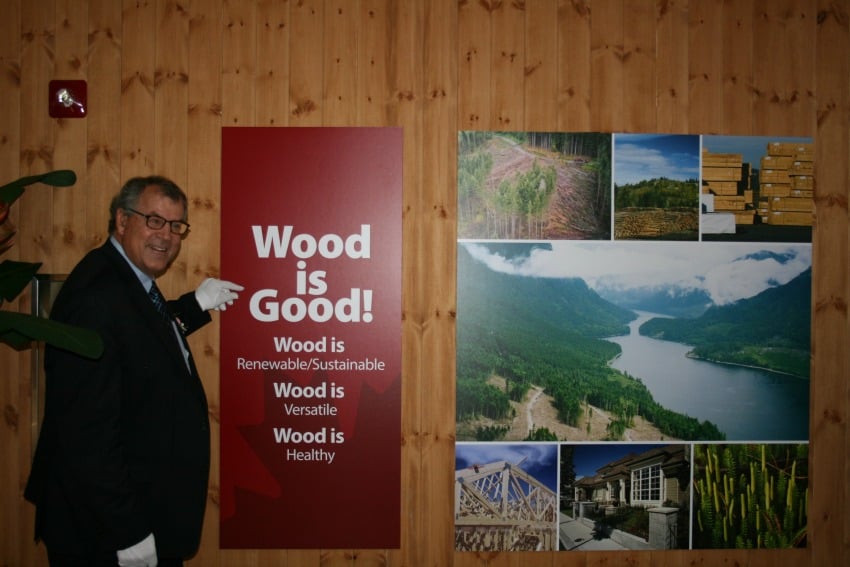 This event was part of the last day of the 2014 Forestry Asia Trade Mission. Kelowna-Mission MLA and Forests, Lands, and Natural Resource Operations Minister Steve Thomson cut the ribbon for the centre and also spoke about wood-frame construction at a green building seminar.

“B.C.’s growing business relationship with Korea makes it a fitting place to wrap up the 2014 Forestry Asia Trade Mission,” said Thomson. “The community centre at the Gapyeong Project showcases the opportunities that exist for B.C. wood and wood-building technology in Korea.”

South Korea is the province's fifth largest market for wood products, and the recent trade agreements between Canada and South Korea will eliminate lumber tariffs by the end of 2017.