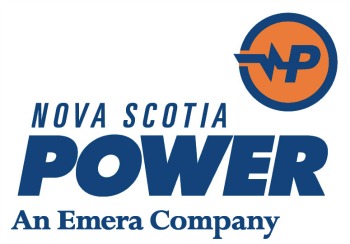 A Nova Scotia Power customer has written a comical letter expressing her frustrations after being left in the dark for five days.

Janet Lunn wrote the letter following post tropical storm Arthur and it has since gone viral after she posted a copy on Facebook.

The letter tells the tale of how she has been without power for 82 hours already.

She also complains about 12 different power restoration estimates since her power went out at 7AM on Saturday, July 5th.

“Your idea of an “estimated time of restoration” is akin to a blindfolded monkey throwing feces at a dartboard. You don’t seem to comprehend that an “estimate” is supposed to have a bit of knowledge behind it.”

But this was far from the first time she’s had problems with Nova Scotia Power.

“Remember the time my power was out for two days due to fog? Convinced I must have misheard you I asked again why my power was out since the weather was calm, no accidents had occurred and there were no reported beaver sighting gnawing at the power poles in my neighbourhood.” 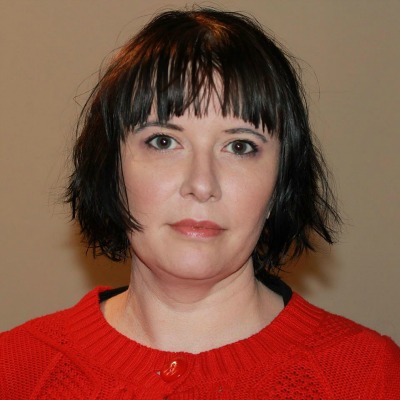 Attached along with the letter was an invoice for wages, groceries, restaurants and additional charges that have occurred since her power went off.

“There is absolutely no reason for power outages to occur as often of for as long as they do here in Nova Scotia,” she writes.

Her power has since been reportedly turned back on.

Since posting the letter, hundreds of people have commented on it including Lunn who says people have been messaging her about having to recover from chemo in the dark, sponge bathe their dying father in cold water and pretend they aren’t hungry so they can feed their kids.

Read the full letter below or visit the Facebook posting. Warning there is explicit language used.

To CEO’s, Board of Directors and decision makers for Nova Scotia Power:

I am sitting here scrambling to get work done before sundown after being told for the 5th time that there are no power outages in my neighbourhood. I have three voicemails on my phone advising me that you have restored my power. I was shocked to hear this yet again because my lights still don’t work and the hot water is very, very cold.

The friendly NS Power person on the other end of the line freely admitted that there are no trucks in my area and there likely wouldn’t be because they are going to areas with more outages and my area has been (mostly) repaired. I am in hour 82 of no power and I have no hope of having it for at least 48 to 72 more hours. According to you I am “not a priority”. I think you’ve made that abundantly clear in the past.

Let’s reminisce, shall we?

Remember the time my power was out for two days due to fog? Convinced I must have misheard you I asked again why my power was out since the weather was calm, no accidents had occurred and there were no reported beaver sightings gnawing at the power poles in my neighbourhood. The reply was that there was fog on the lines. I admit I have some passing knowledge of a fog that could have caused such an outage but that was from a Stephen King story and I believe it also grew tentacles and ate people which I don’t recall occurring in this instance.

Then there was the time that my power bill was approximately six times higher than any previous bill and the friendly NS Power person admitted that it looked strange and must be a glitch. She indicated that an investigation was to take place immediately, a workman would come right to our house and that I should not pay my power bill until a resolution was found. I was happy to agree not to pay the bill since I always feel like paying a NS Power bill is much like paying for a hooker. It doesn’t last long, it makes you feel dirty and you know that you’re going to get screwed.

We waited like a small child on Christmas Eve for the results of the “glitch” that was so obvious to us and to the faceless but friendly voice at the NS Power office…and we waited…and waited. Then we got notice that someone came (obviously sneaking in like bandit in the dead of night since we work on opposite schedules and he was not spotted by either of us) and found everything to be in order. Oh and by the way we now have one huge glitch…I mean…bill we have to pay and a second bill just came due so instead of giving us results on the investigation you gave us a disconnect notice.

I can only assume that the operator at your office who also found it strange, worthy of investigation and advised us not to pay the bill was dispatched in a horrifying manner or perhaps you use the term, “disconnected”. I would wager she wasn’t electrocuted since you can barely power a small apartment if there’s a hint of morning dew let alone get enough juice to kill someone. I thought maybe she was hung by power lines but we both know those things are so damn fragile that they would never hold. Then I realized you must take care of that like you do everything else – by outsourcing the job to another company and taking credit for their work.

In one year at my previous residence my power went out over 15 times. In a ten day period it went out three times during what weather forecasters refer to as “drizzle”. I spent the equivalent of two months that year with no power. That’s kind of excessive, wouldn’t you think? I asked about replacing lines and was told the lines were fine. I then begged, pleaded, threatened your first born and contemplated chopping down every pole on my street in hopes you would realize that the lines need to be upgraded. For 10 years I was told the lines were fine. Meanwhile whenever my neighbours dog farted my power was out for 3 days.

A year before I moved away you upgraded the lines and we went 10 months without a power outage. I guess even slow learners like you get it right sometime. Kudos to you! I assume you gave yourselves a pat on the back in the form of a giant raise subsidized by Nova Scotians who have no choice but to pay you for basic needs.

Let`s talk about the present though. I have been given numerous estimates of power being restored since it went off at 7:00am on Saturday, July 5th. They were as follows:

1. Nothing takes place between 11:30pm and 11:00am. Your crews do not work overnight as you claim (which several NS Power employees have already admitted) because you do not have enough employees to deal with an emergency. This means you lie. I’m not terribly shocked to confirm this fact

2. Your idea of an “estimated time of restoration” is akin to a blindfolded monkey throwing feces at a dartboard. Basically you wait to see where the shit sticks and call it

3. You don’t seem to comprehend that an “estimate” is supposed to have a bit of knowledge behind it. You don’t just take whatever time a person calls in and add 3 hours. In the words of Inigo Montaya, “You keep using that word. I do not think it means what you think it means.”

As if it wasn’t bad enough having the automated line continually tell me I had power, I also got repeated phone messages reporting that my power had been restored. Oh Glorious Day! I celebrated by flinging on light switches, relishing the chill of the refrigerator and jumping into a piping hot shower. When I discovered that it was dark, I was drenched in freezing water and my house smelled of rotten meat I realized that it was yet another ruse to keep me complacent.

Was this a brainwashing technique I wondered? Does NS Power practice reverse psychology or even worse – sorcery?! Did YOU actually believe that I had power? At this point it’s tough to say who the crazy one is…you for continuing to think that I had power or me for holding out hope that you would actually restore it.

I’m sure you powerful people are enjoying your lights, hot water, cool drinks and fresh food. Today I sponged bathed in cold water in my sink and had a handful of 12 day old peanuts for breakfast. My fridge is now empty because the smell of rotting meat was beginning to seep through. I have a list of wifi places nearby so I can linger over drinks and snacks while trying to run a home based business from a tablet.

I know that it must be annoying when your hostages…I mean customers complain about trivial things like eating and bathing and in one case I am familiar with, having to rush their husband to the hospital for dialysis because they can’t do it at home with no power. It must really get in the way of your fancy vacations and cocktail parties. I’m sure the sound of your air conditioning and piles of money rustling around will drown it out. We will all pray for you.

As for me, my losses are adding up and I have enclosed an invoice for you for wages, groceries, restaurants and additional charges incurred because of your obvious incompetence. There is absolutely no reason for power outages to occur as often or for as long as they do here in Nova Scotia. The fact that it does happen is proof that you are understaffed, poorly managed and have no preparedness plan for emergencies which should be a basic premise in your industry.

Please note the due date for payment and the interest incurring for overdue funds. I won’t be able to take a cheque of course, my grandmother always said taking a cheque from a crook is like trusting a whore with your husband. Money order or application to future power bills will be just fine. At this rate I should have free power for at least a few months or until you decide to line your pockets with my wages yet again.