Four fuzzy and adorable penguin chicks have been hatched at England’s Chester Zoo and they have shared the special event with the world. 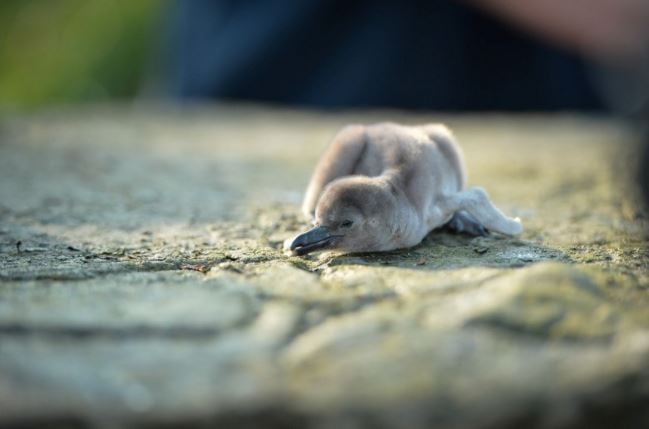 Named Wotsit, Quaver, Frazzle and Cheeto, the chicks began arriving at the zoo on Easter Sunday weighing a mere 75g. The tiny youngsters are threatened Humboldt penguins from South America and are the first to be born at the zoo. Both penguin parents are involved in the rearing of the chicks and it will now be around eight weeks until the juveniles leave the nest. Until then, the keepers will be carefully carrying out daily checks on the chicks to ensure they are gaining weight and developing properly.

“It’s vital that chicks take on-board enough nourishment each and every day in these early stages and so, in order to keep a close eye on their development, we weigh them on our tiny set of scales,” said keeper Anne Morris. “So far, our new arrivals are doing very, very well and so they won’t stay so small for long. In the next few weeks we expect them to more than triple in size and weight!” 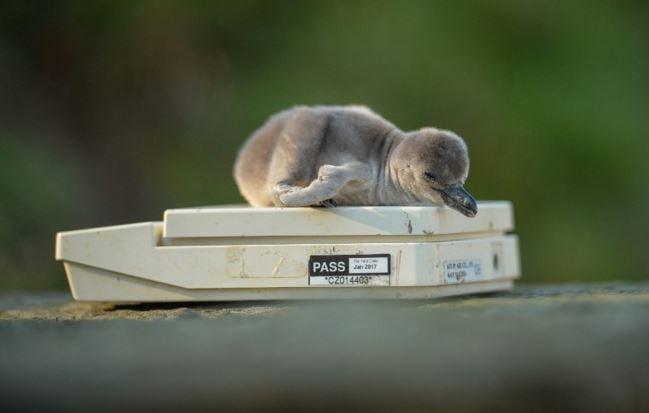 Humboldt penguins live on the coastal areas of Peru and Chile, and are listed as vulnerable to extinction on the International Union for the Conservation of Nature’s (IUCN) Red List of Threatened Species.

“Humboldt penguins are becoming increasingly rare. Of the world’s 17 penguin species, they are now among the most at risk, so it’s very important to us that our tiny arrivals create more awareness for these amazing birds. We’ve been very successful with this colony over the years and will yet again be making another vital contribution to the European breeding programme for the vulnerable species,” added Morris. 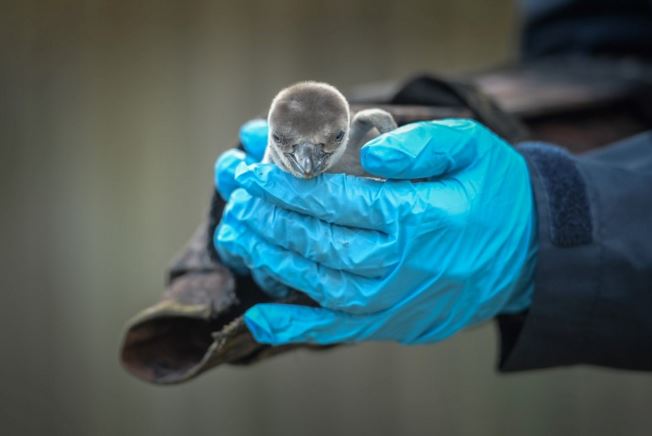 Humboldt penguins are social animals, living in relatively large colonies of closely spaced burrows. They enjoy a diet of small fish and crustaceans. Unfortunately they are vulnerable to disturbances in their food chain caused by strong El Nino currents.