“Kelowna Pacific Railway (KPR) has not gone into receivership,” said John McEown, a trustee with Boale Wood and Company, “it has made an assignment in bankruptcy.”

“It's possible that somebody could take over the line,” he explained, indicating that it won’t be KPR again. “The company was not profitable.”

Reportedly this was the case for some time before KPR handed things over to McEown in Vancouver. The railway relied heavily on serving the needs of the forest industry, and the reduction of that industry’s volumes in recent years caused its business to suffer. Tolko product waiting to be shipped

Now other businesses locally are facing difficulty as they search for alternative ways to ship the supplies they previously moved through Kelowna Pacific Railway. Vice-president Hardy Wentzel of Tolko Mills, for example, told the CBC "we worked through the weekend to develop the backup plan that we needed. We're very busy working with our trucking contacts to find trucking available in the area.”

At time of its closure, KPR was moving 16,000 full rail cars per year. The company employed about 40 people, mostly based in Vernon, and kept several major clients, including Tolko Mills. Others were OK Ready Mix, OK Builders Supplies, and Superior Propane.

Kelowna Pacific Railway’s CEO only told its general manager that the company was bankrupt on Friday when he made the assignment, and its clients received a similar shock. Because of the sudden cessation of the railroad’s operation, many cars are sitting stranded, full of product.

It is notable that while one of KPR’s clients has been widely reported to be Sun-Rype Products Ltd., the Sun-Rype representative reached yesterday emphatically stated, “Sun-Rype’s distribution network does not incorporate this particular rail supplier.” 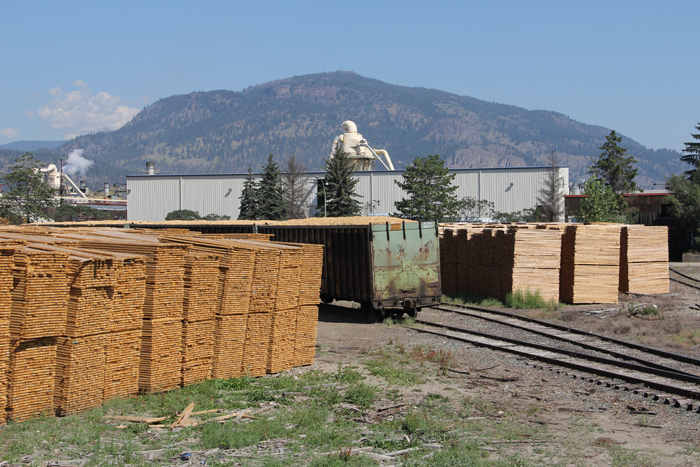 McEown said his company is assessing where things are at and that there will be more developments in the next few days. In the meantime, former employees of the bankrupt company have been informed on how to start the process which will allow them access to the wages they are owed, and Boale Wood and Company are working with the railway’s clients in order to assist them with the product that is currently held within railway cars.

I was in that cellar for 7 years teaching myself how not to make wine, says Jason Parkes