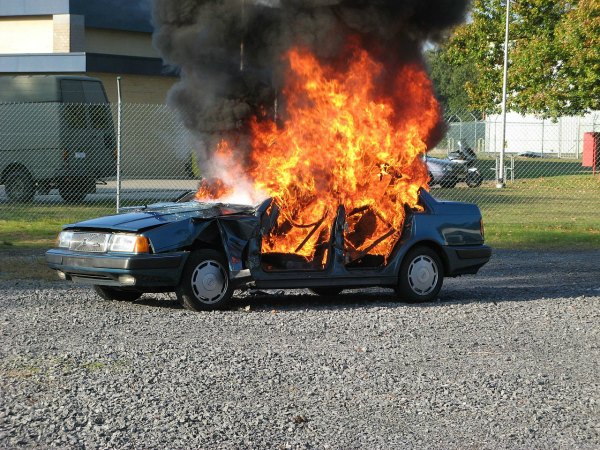 Kelowna RCMP are investigating a pair of vehicle fires early Tuesday morning that appear to be deliberately set.

Police say just before 3:00 a.m. RCMP received a report of a car on fire in the 1500 block of Collision Road. The fire was started on the driver’s seat of a Jeep YJ but police managed to extinguish the flames before it engulfed the entire vehicle. Two hours later police received another report of a vehicle fire, this one in the 100 block of Scarboro Road. RCMP found a Toyota Camry on fire, which was started on the driver’s seat.

When fire fighters arrived at the second vehicle it was fully involved and the heat was so intense it caused damage to a nearby Mazda and a Chevy pickup truck. Police say the fires appear to be suspicious and possibly related and continue to investigate. Anyone who may have witnessed the incidents are asked to contact the Kelowna RCMP.