The RV fire on Lakeshore Road caused a bit of panic Wednesday afternoon as what appears to be an electrical fire was started just outside a local mobile home park. 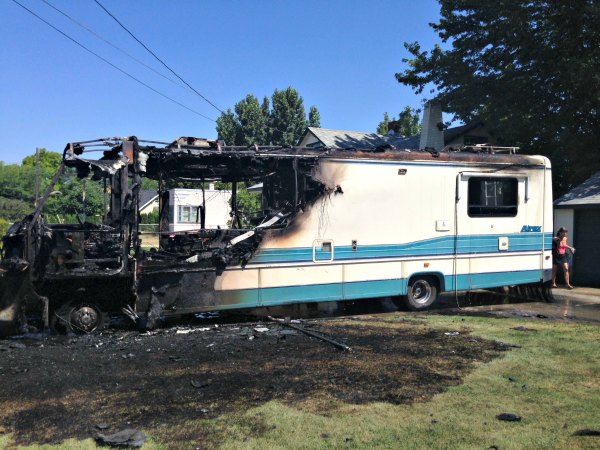 The owner of the RV noticed smoke coming from their home and used a hose to try and control the blaze. 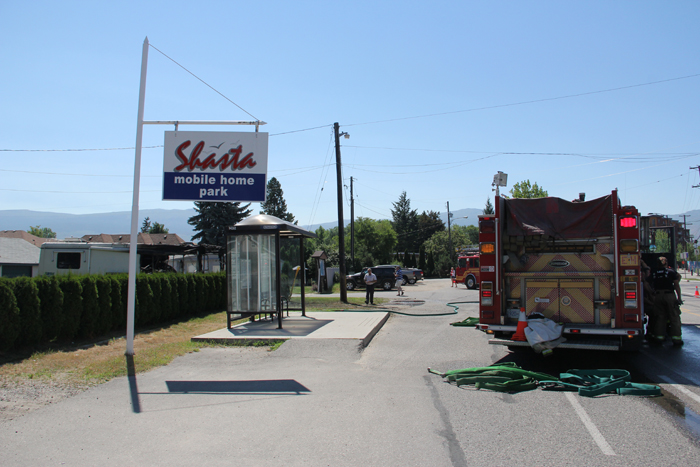 The RV, which was parked just outside the Shasta mobile home park, could be heard exploding as the tires popped from the heat. A total of two fire trucks were called to the blaze and nine firefighters assisted in putting out the blaze. 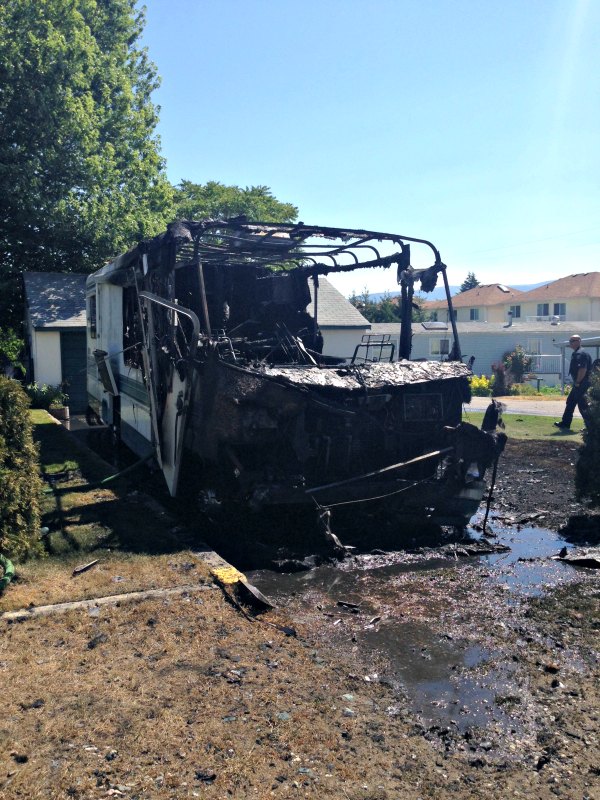 Traffic in the area is still slightly delayed as crews continue to put out hot spots and luckily the fire did not spread to any other structures. There were no injuries at the scene. 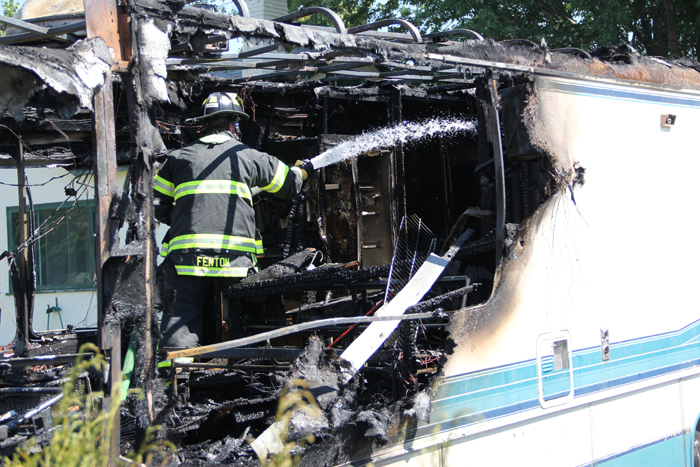 A fire has started at the Shasta Trailer Park along Lakeshore Road in Kelowna with witnesses reporting an RV on fire.

Kelowna Fire crews are arriving on scene to deal with the blaze and we have a KelownaNow reporter heading to the fire for more details.

Fire trucks in scene at RV fire on Lakeshore Road across from Rotary Beach. #Kelowna pic.twitter.com/n82oTFpE2E