UPDATE: The missing hiker has been located by COSAR. Within 30 minutes of the search beginning the man was discovered on one of the ski runs healthy and safe.

The incident turned out to be a miscommunication between the man and his friends and family. He had decided to go camping to clear his head and the family expected him back that evening.

The man was taken aback by all the people looking for him as he was in no present danger. However, there was a female bear and two cubs in the search area.

The Central Okanagan Search and Rescue (COSAR) team has been called out to Big White Mountain to search for a local man who did not return after a late night hike.

According to COSAR Vice President Duane Tresnich the team received the call for the missing hiker Tuesday evening.

“Our subject left last night (Tuesday) to go for a small hike to clear his head and he didn’t return back to his friends,” said Tresnich. “He is an experienced woodsman and he lives in the area so there is a chance that he may be trying to walk home, but since nobody has heard from him we’re going to go up and take a look. 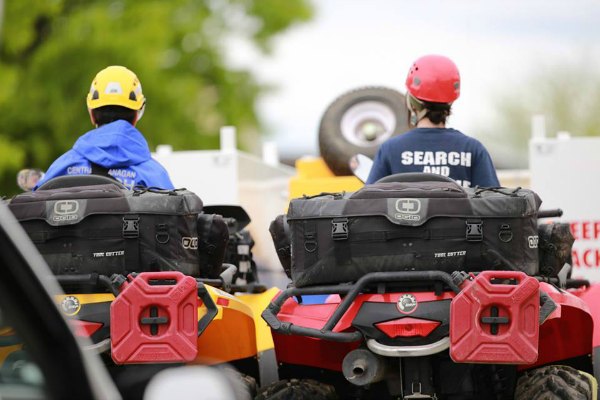 Crews will begin their search in the Gem Lake parking lot on Big White Mountain and will work their way up the hill to look for the 39 year old man. When the initial call came in at around 9:00 p.m. COSAR scouted the area, but for decided not to start the search until the morning at 7:30 a.m. But the Civil Air Search and Rescue Association (CASARA) did send a helicopter to do a flyby to look for a campfire or signs of the missing man.

“The area that we think he is in makes it just a little bit too dangerous to go into at night,” added Tresnich. “We have nine people from COSAR searching for him today (Wednesday) as well as five members from the Big White Fire Department joining us.”

We’ll have updates about the search as soon as they become available.