Traffic was a slow go on Highway 97 near Lake Country on Monday as two vehicles caught fire in separate incidents.

The first was a logging truck that started on fire just before 10am between Oyama and Lake Country. This shut down the southbound lanes of the highway for a short period of time while emergency crews quickly extinguished the fire. 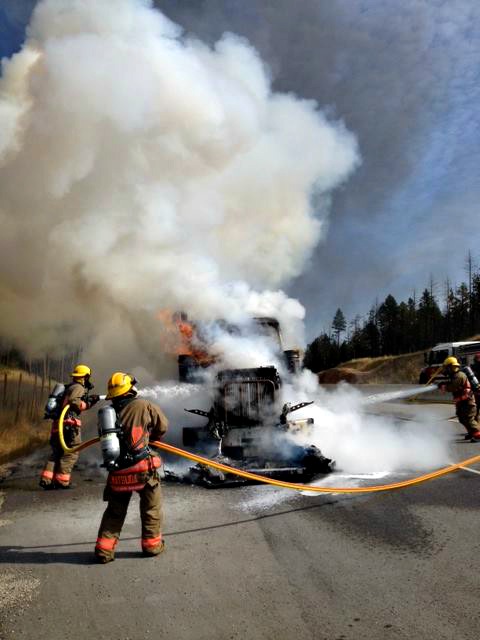 Luckily, no one was injured.

Firefighters were then called out a second time when a tow truck caught fire not far from the logging truck incident. 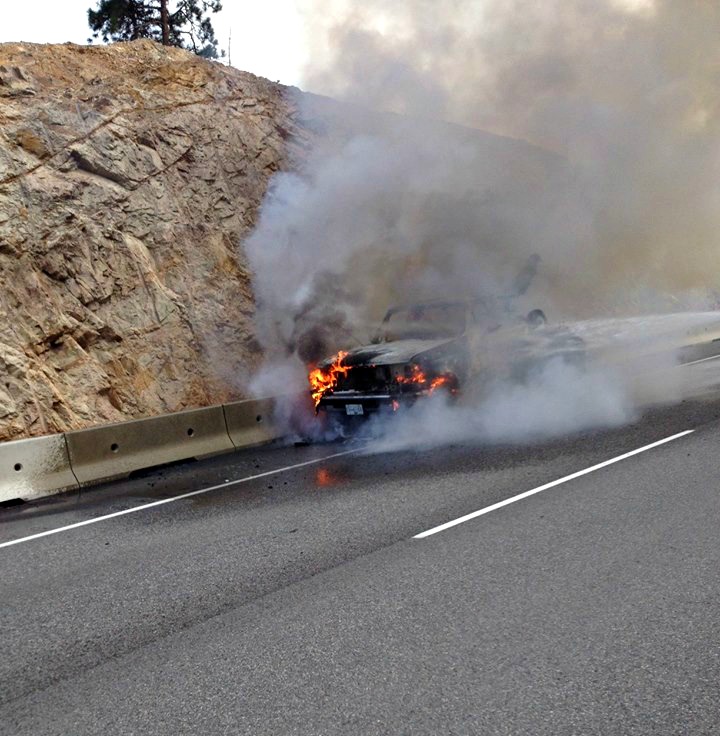 This time though, the fire was in the northbound lanes, heading towards Vernon.

The highway was closed for a short period of time as well. No one was injured.