Hundreds of people took advantage of an all candidate forum in Rutland that allowed residents to get up close and personal with those running in the upcoming municipal election.

An estimated 300 people took part in the hour and a half informal meetings that took place at the Rutland Centennial Hall Tuesday evening. Unlike traditional forums, candidates were on the floor the entire time and attendees had the opportunity to ask specific questions they wanted answered. The packed room was an indication of how successful and unique the event is in the community. 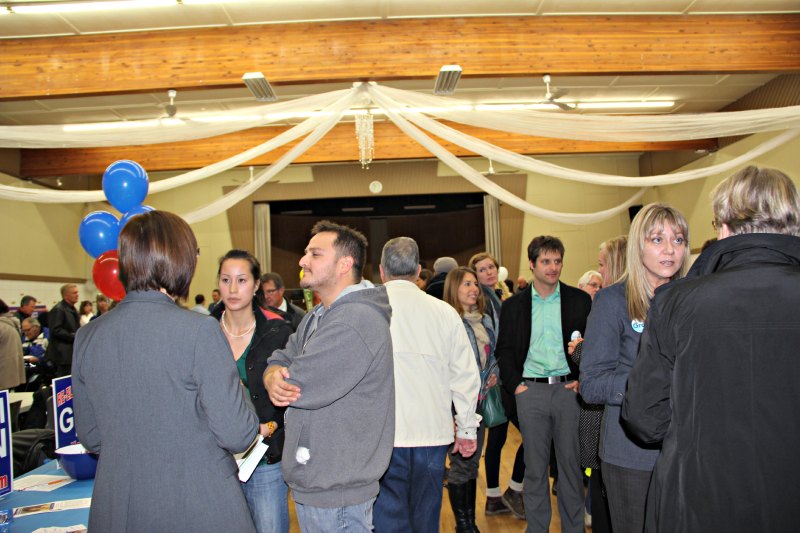 "I think it's perfect because you can ask the questions to the candidates that you want to ask and it is not a forum that could be hijacked by a certain group of people," said a Rutland resident. "I'm quite interested in agriculture because I own an agriculture property and it's very important to protect it and that's the kind of question's I've been asking."

The opportunity allowed for those who attended to make contact with mayors, councillors and school trustees and nearly all the candidates attended. Everyone was in attendance expect for councillor candidate Connor P.S. O'Reilly, Cal Condy, and Derek Somer. Only one mayoral candidate was missing from the forum, Sam Condy, and all School Trustees were there.

Many of the people KelownaNow.com spoke to said they had attended the forum in the past, specifically because of the way it is presented by the Rutland Residents Association. John Huston, Association President, said he was very pleased not only with the number of attendees but the number of candidates who committed to the event.

"I've very, very happy that they all showed up (the candidates) and we worked hard to get as many here as we can," said Huston. "I like it because it is a one stop shop, if you want to see what is going on politically here you have a chance to see everybody. Not just the councillor and mayors but the trustees as well, a lot of times the trustees get missed on the ballot."

Huston says most people that attend have an idea of who they want for mayor and four or five councillors, but they don't know a whole lot about the trustees and this gives them an opportunity to learn about their role. 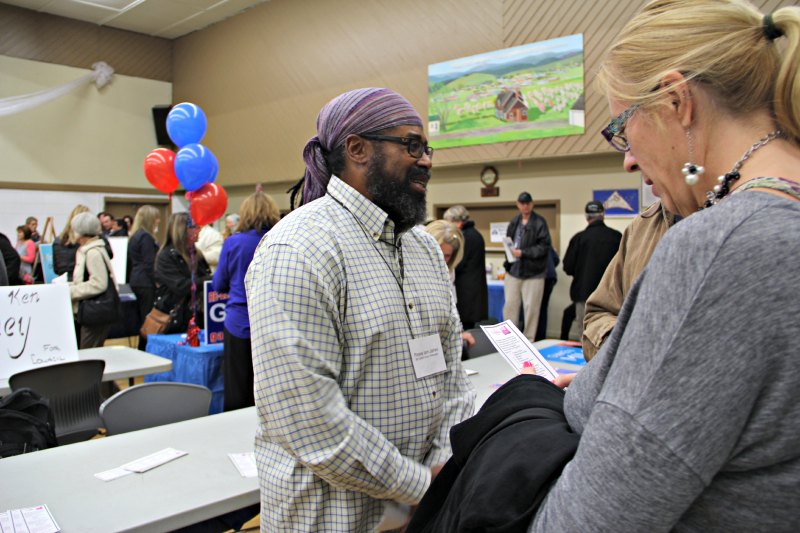 "It gives everyone a level playing field and allows for a two minute interaction with everybody and people can make decisions very quickly by having a chat with a candidate," adds Huston. "As opposed to having a dialogue and listen to people do a debate and many, many other candidates do not have a chance to speak. Here the onus is on everyone to get out and meet these people."

That sentiment was repeated over and over again by the numerous people in attendance, "we get to talk to them face to face."

"We have a combined 50 years of living in Rutland and know the issues that matter to us," said another Rutland resident. "It's nice to have access to the candidates, the answers were more genuine, and they listened to our concerns that are about our community."

The only complaint about the forum was the lack of space and with about 45 candidates in attendance it made for a busy evening. Huston said the Association was given the space to hold the forum for free and that makes a big difference, but come next municipal election he hopes one of the other buildings in Rutland, such as the arena, will offer up their space for the meeting to take place. 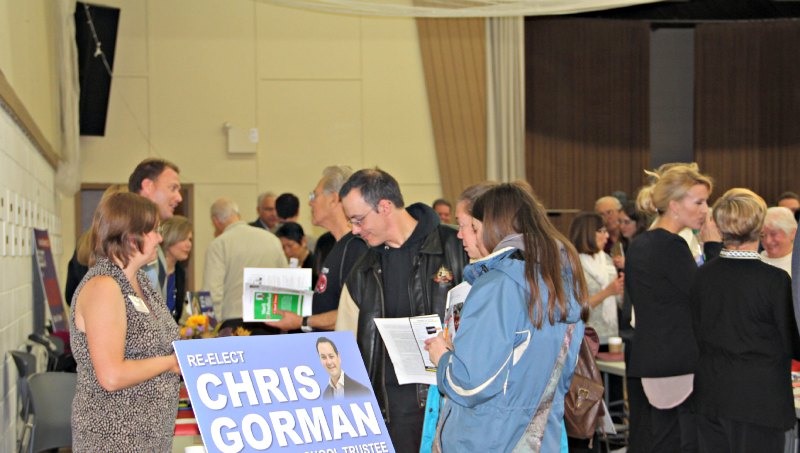