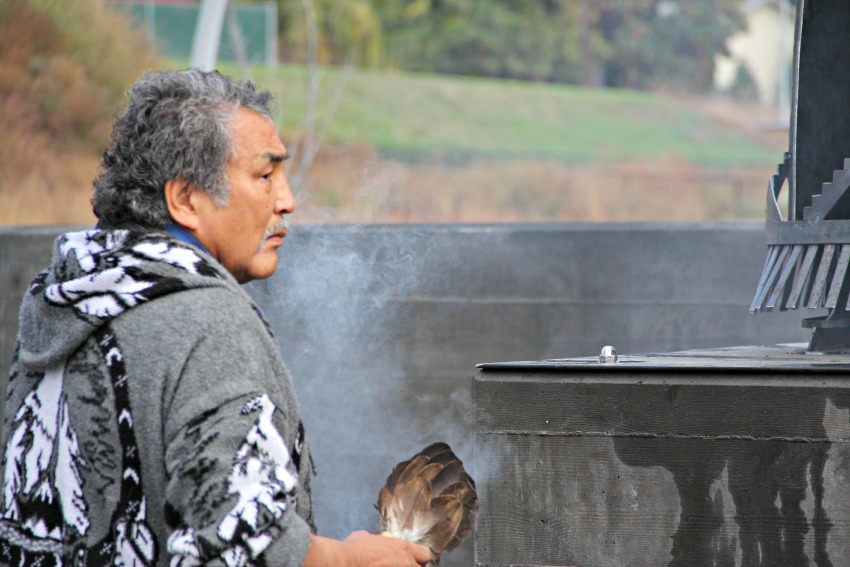 Part of the ceremony for the monument's unveiling. (Photo Credit: KelownaNow)

A new monument was unveiled Tuesday to honour veterans who have risked their lives for Canada.

The Westbank First Nation (WFN) celebrated the new veterans monument with a grand unveiling and ceremony. The monument, a statue of both an Aboriginal woman and an Aboriginal man with a soldier kneeling between them, was looked at proudly by the many people who gathered to see it, including several classes of schoolchildren.

The Westbank First Nations commissioned artist Smoker Marchand to create the piece. This monument is not his first statue in the Okanagan, having also done work commissioned by Osoyoos Indian Band. Elder Grouse Barnes from WFN said that though Marchand is from the United States, he is still part of the community. 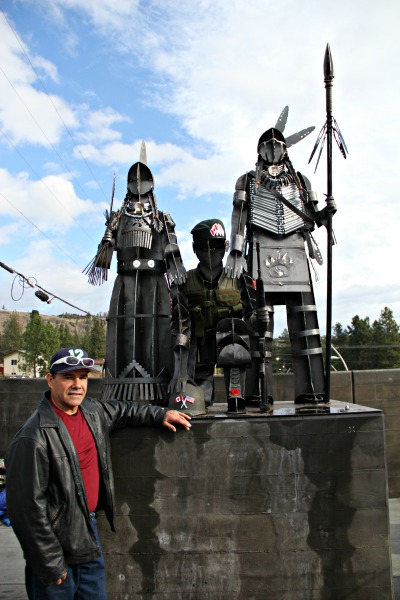 “There was never a line there before,” said Barnes. “So he's just like a brother to us. He's our relative from down south. I want to thank him very much, from the bottom of my heart, for him taking his time to put some work into our community. He's my brother too.”

Marchand worked for three months on this statue, and he was proud to honour Aboriginal contributions to the Canadian Armed Forces. Marchand said that since the American Revolution, more Native Americans than any other group have fought in American wars. 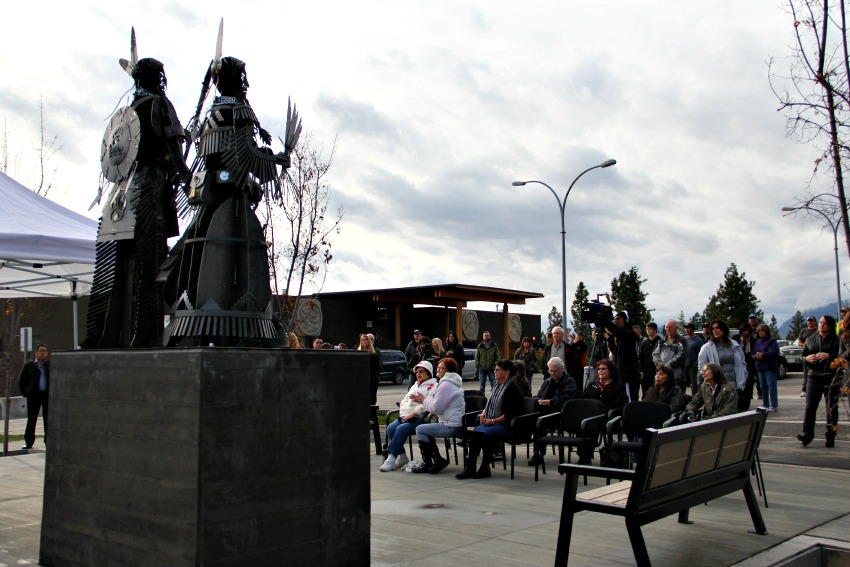 The crowd at the monument unveiling. (Photo Credit: KelownaNow)

“My uncle said that when they got into the trenches, they were a band of brothers,” said Marchand. “There was no colour. There was no difference in who they were. They fought together, and I think that's really important.”

The monument sits at the WFN Health and Wellness centre. Westbank First Nations will also be holding their own Remembrance Day ceremony on Monday at 10:30 a.m.