Whether it's on Hockey Night in Canada or the waters of the Pacific Ocean, home court advantage makes all the difference.

In a video shot near Quatsino on northern Vancouver Island, a bald eagle ventures a bit too far from home while attempting to snag a large octopus out of the ocean. 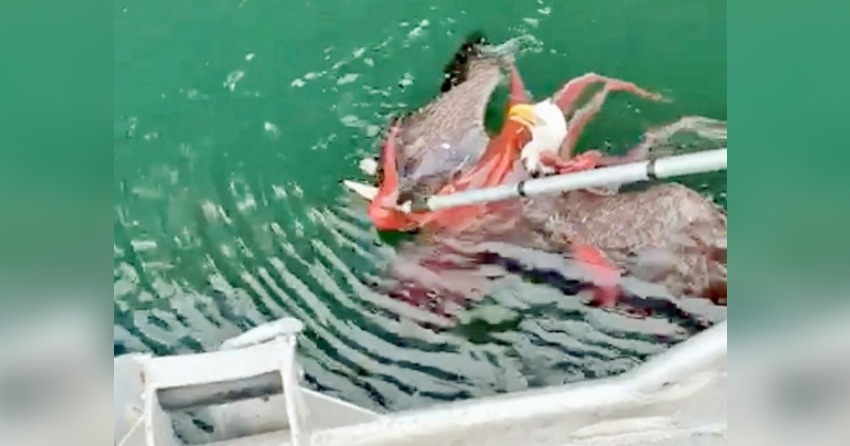 Once the pair become a tangle of tentacles and talons the situation starts to look pretty dire for the large bird of prey.

Thankfully, workers at the Mahatta West fish farm were able to interrupt the heavyweight tilt and separate the two creatures before either sustained any injuries.

According to video’s caption on YouTube, the octopus swam away unharmed and the eagle recovered on a branch for about 10 minutes before it flew away.