The B.C. Civil Liberties Association (BCCLA) and John Howard Society of Canada (JHSC) announced Monday morning that they have filed a lawsuit against the use of solitary confinement in Canadian prisons.

The lawsuit, which is filed against the Attorney General of Canada, challenges that the use of solitary confinement is unconstitutional. Solitary confinement, otherwise known as “segregation”, involves confining a prisoner to a cell and keeping him or her in isolation for up to 23 hours a day. BCCLA calls this practice “cruel and unusual punishment”, and its lawsuit argues that the practice “leads to prisoner suffering and deaths, deprives prisoners of fundamental procedural protections and is discriminatory against both mentally ill and Aboriginal prisoners.”

According to BCCLA, one out of four prisoners in the federal prison system in Canada has spent some time in solitary confinement. They say that at any time, there is up to 1800 prisoners in this confinement in federal and provincial prisons.

“Prolonged, indefinite solitary confinement is internationally regarded as torture,” said Carmen Cheung, Senior Counsel at the BCCLA. “At a time when the rest of the world is scaling back the use of solitary confinement, Canada remains steadfast in its reliance on a broken and dangerous system. From the Correctional Investigator of Canada to the United Nations Committee Against Torture, the message to our government has been the same: Canada must change the way it uses solitary confinement in its prisons. Canada hasn’t acted to put an end to this abuse, so we hope that our lawsuit will.”

BCCLA says that various studies have shown that long-term solitary confinement leads to negative effects such as psychosis, hallucinations, insomnia, and confusion. “Solitary confinement can create mental illness where none previously existed, or exacerbate pre-existing illness,” says BCCLA. “It is a risk factor for prison suicide, as the tragic and preventable deaths of Ashley Smith and Edward Snowshoe make clear.” They are arguing that there are more humane alternatives, ones that will promote rehabilitation and decrease violence in prisons. 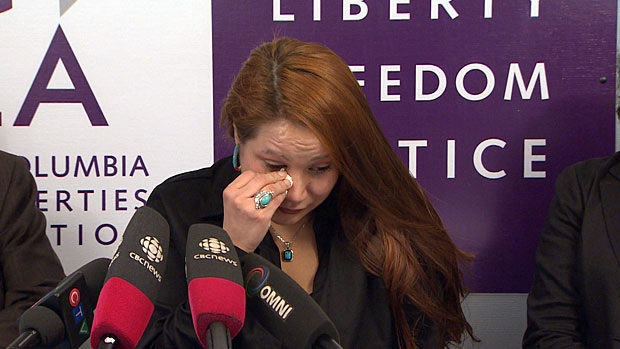 In 2013, BCCLA settled a lawsuit against the Governmeny of Canada on behalf of 26-year-old BobbyLee Worm, an Aboriginal woman from Saskatchewan. Worm was 19 years old and a first time offender when she first entered prison, and BCCLA says that she was held in solitary confinement for more than three and a half years while in federal prison. The terms of settlement weren't released, but BCCLA said that Worm was “pleased with the outcome of the process and the settlement”.

The new lawsuit will be heard at the Supreme Court of British Columbia.