A new tobacco product that is attractive to younger smokers is bad news says the Canadian Cancer Society.

The new cigarettes have squeezable menthol capsules in the filter that when crushed the capsule releases menthol flavour bursts. 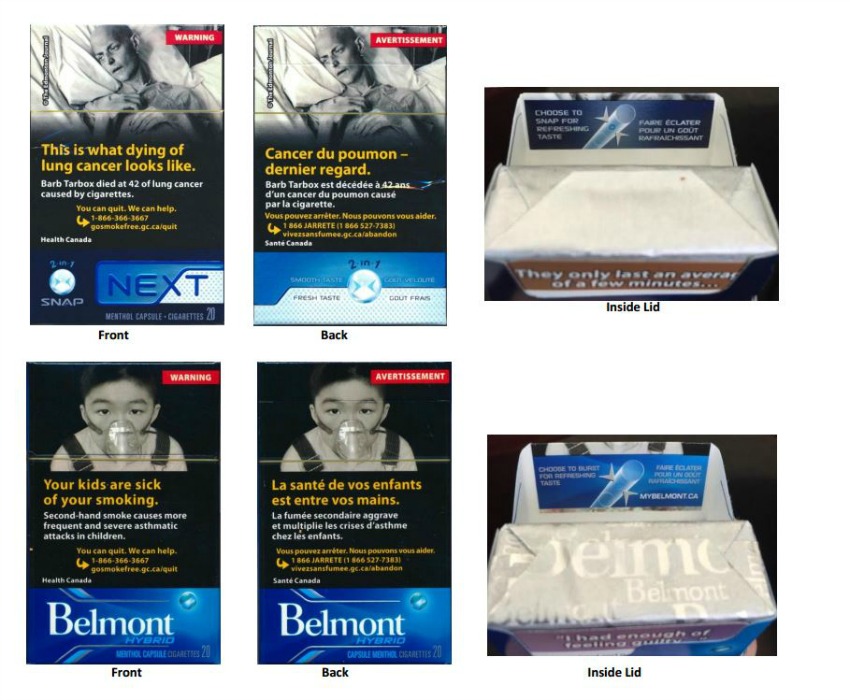 “The tobacco industry has a bottomless pit of creativity when it comes to new ways to market its deadly products,” said Rob Cunningham, Senior Policy Analyst with the Canadian Cancer Society. “This is just their latest trick, a trick that risks addicting more youth before legislated bans on menthol come into effect. From a public health perspective there is absolutely no justification for adding flavours to cancer-causing products.”

Menthol lessens the harshness of smoking. In the 2012-2013 national Youth Smoking Survey, 29 per cent of high school students who smoked, smoked menthols. Cunningham wants the new government to make changes so it’s not possible to get youth more addicted than they already are.

“The new federal government must move quickly to revamp the national Tobacco Act, adopted almost 2 decades ago in 1997.”

During the election campaign the Liberal Party did commit to strengthening Health Canada’s federal tobacco control strategy. The current strategy expires on March 31, 2017.

The new menthol crushing cigarettes are from the brands Rothmans and Benson and Hedges including Canadian Classics Crush, Net Snap, Belmont Hybrid and Benson & Hedges Unison.