According to a recent wildlife update from the province of Alberta, fire conditions are still extreme.

There are a total of 25 wildfires are burning, with one out-of-control.

Currently there are 1,547 firefighters, 121 helicopters, 194 pieces of heavy equipment and 28 air tankers battling the flames. 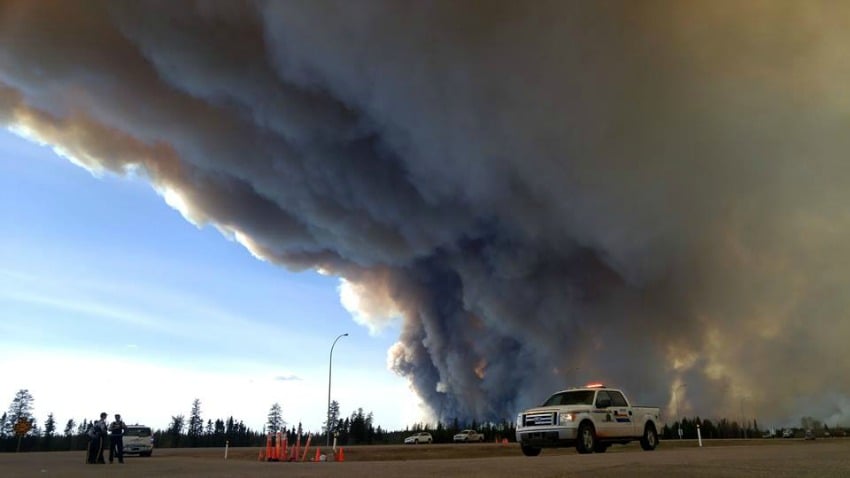 The two fires in the Fort McMurray area have joined, forming a fire that is now approximately 229,000 hectares in size.

There are 700 firefighters, 26 helicopters, 13 air tankers available and 46 pieces of heavy equipment units working on the Fort McMurray fire alone.

At last update on Tuesday night, the wildfire was about 25 to 30 kilometres from the Saskatchewan border.

Residents who have been evacuated will be receiving preloaded debit cards soon, with $1,250 per adult and $500 per dependant in emergency financial assistance.

More details will be released Wednesday. 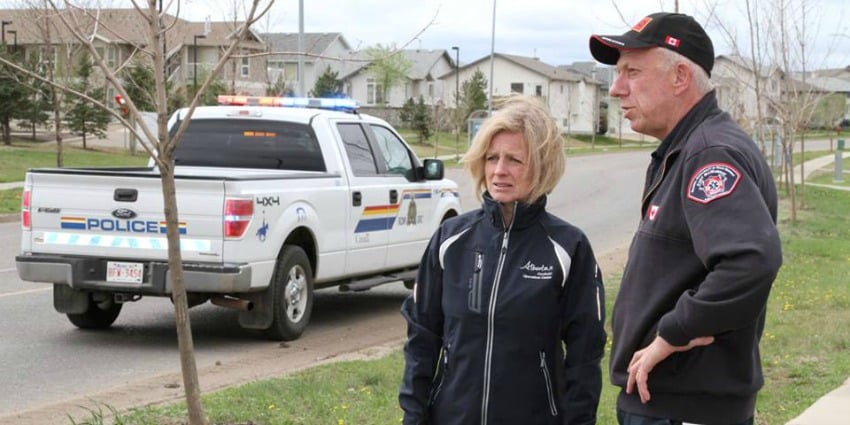 Fires aren’t the only things causing problems for evacuees, as those at many of the 13 reception centres continue to experience symptoms consistent with viral gastroenteritis. AHS has Public Health and Infection Prevention and Control staff at the locations to manage the increased numbers of ill people, and to prevent spread.

Fort McMurray, Anzac, Gregoire Lake Estates and Fort McMurray First Nation remain under a mandatory evacuation order. A total of 44,882 households have registered with the Red Cross, with more than 90,000 individuals currently displaced.

Preliminary re-entry planning is underway, and a schedule is expected to start up within two weeks.

A boil-water advisory remains in effect for the area of Fort McMurray including Anzac, Conklin, Gregoire Lake Provincial Park, Janvier and nearby work camps.

Travel into Fort McMurray is still restricted to essential services only. 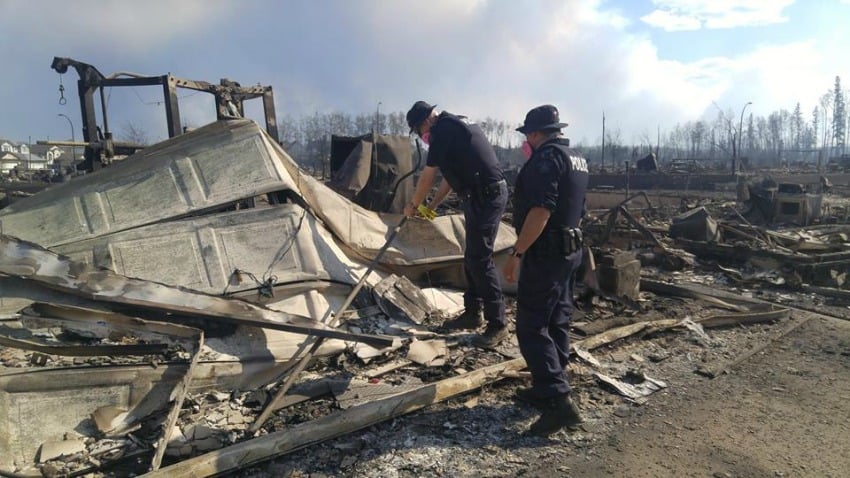 RCMP have reportedly begun removing vehicles abandoned on the highway.

For those looking to help out, the best way to provide support is by making a monetary donation to the Canadian Red Cross at redcross.ca or 1-800-418-1111.