The Royal Canadian Mint will be releasing a very special coin collection to celebrate the 50th anniversary of Star Trek: The Original Series.

Under license by CBS Consumer Products, the new collection will feature the characters and imagery from the revolutionary TV show.

A $10 coloured silver coin picturing the commander of U.S.S. Enterprise, Captain James Tiberius Kirk, was unveiled by William Shatner, the Canadian-born actor who made this character a household name, and Mint President and CEO Sandra Hanington at an event hosted by the Canada Aviation and Space Museum. 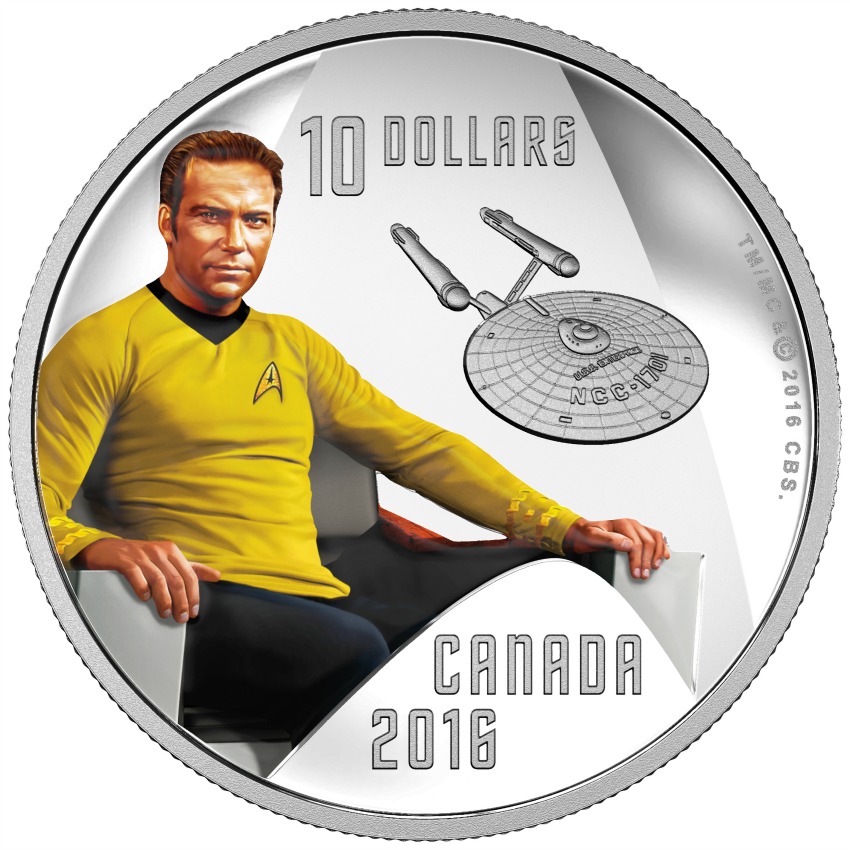 "Through many unforgettable coins, the Royal Canadian Mint has skillfully captured the historical events and cultural experiences whose impact on Canadians continues to be felt today," said the Honourable Bill Morneau, Minister of Finance. "On the 50thanniversary of Star Trek: The Original Series, the Government of Canada is pleased that the Mint could commemorate the historic influence of this ground-breaking television series and the uniquely Canadian contributions to its enduring success."

"For 50 years, Star Trek captured the imagination of countless fans by entertaining us while opening our eyes to the possibilities of science and the wonders of our vast universe," said Sandra Hanington, President and CEO of the Royal Canadian Mint. "The Mint is proud to celebrate a cultural phenomenon that has carved a space in the hearts and minds of Canadians and fellow Star Trek fans all over Planet Earth." 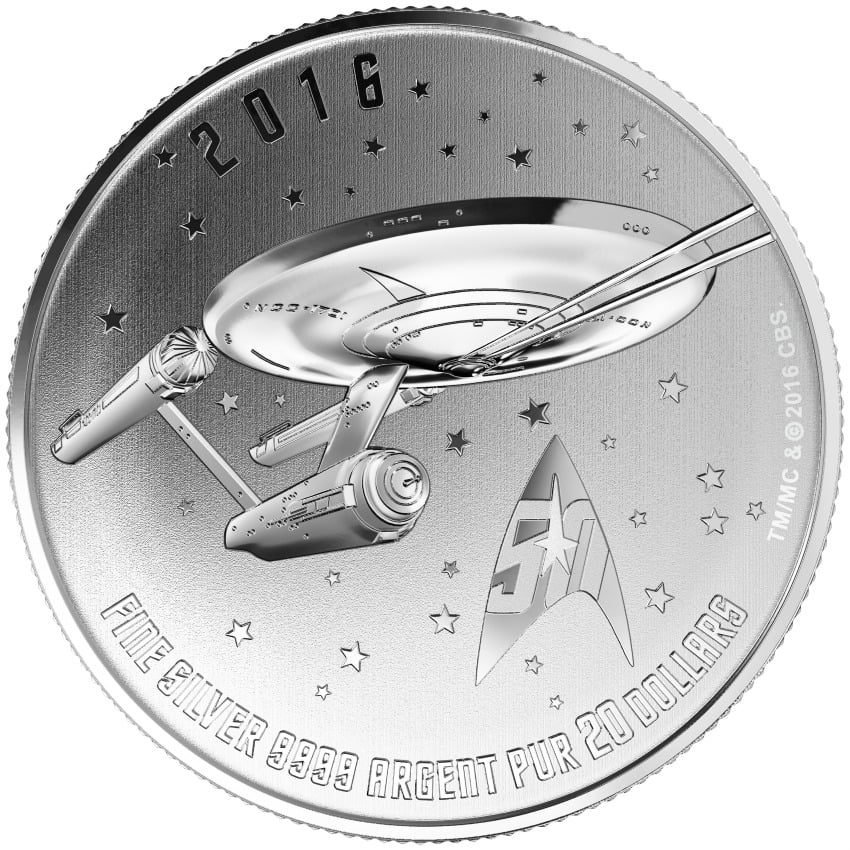 The silver coin is now available for purchase from the Mint at 1-800-267-1871 in Canada, 1-800-268-6468 in the U.S., or online at www.mint.ca. It will also be available at the Royal Canadian Mint's boutiques in Ottawa, Winnipeg and Vancouver, as well as through the Mint's global network of dealers and distributors, including participating Canada Post outlets. Information on other coins in the series and their availability dates can be found in the attached backgrounder.