Andrew Scheer resigns as leader of the Canadian Conservative Party

Andrew Scheer has stepped down.

The 40-year-old told his caucus this morning that he would be resigning from his role as leader of the Canadian Conservative Party.

The decision comes less than two months after a disappointing loss in the federal election.

This was the most difficult decision I have ever had to make. I have announced my intention to step down as the Leader of the Conservative Party of Canada once a new Leader is elected. I am putting my party first and my family first. WATCH LIVE: https://t.co/BEjBQ7DI3d

"This was the most difficult decision I have ever had to make," he tweeted.

"I have announced my intention to step down as the Leader of the Conservative Party of Canada once a new Leader is elected. I am putting my party first and my family first."

In a seven-minute speech to the House of Commons this morning, Scheer was emotional and interrupted multiple times by applause and standing ovations from his caucus.

He requested that the Conservative national council begin a leadership contest and pledged his support to whoever wins the job. 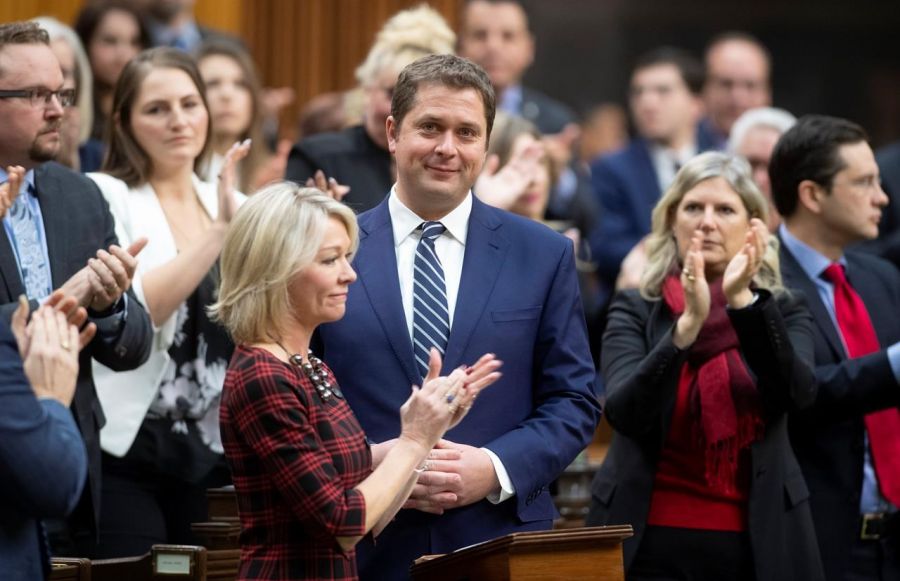 Justin Trudeau responded to the move by saying few know the challenges and rewards of leading a disverse party like the Conservatives or the Liberals and it's a job taken on in hopes of improving the world for the next generation.

"We are politicians, we are in this House not in spite of having kids but because we have kids and are dedicated to building a better world for them with everything we have. And I respect that deeply in him," Trudeau said.

The Prime Minister congratulated Scheer for his service to Canada.

Meanwhile, NDP leader Jagmeet Singh acknowledged the hard work Scheer put in as the Conservative leader and in his prior roles, which included Speaker of the House of Commons.

"I think we speak as a united voice in acknowledging that and thank you for your service," Singh said.

Scheer was originally elected as Tory leader in May 2017, narrowly beating Maxine Bernier in the contest after numerous rounds of voting.