The Alberta Court of Appeal has cut in half the 18−year prison sentence for an Alberta woman who admitted to shooting her husband in the head and dumping his body in a pond.

Helen Naslund pleaded guilty in 2020 to manslaughter in the September 2011 death of Miles Naslund, who was 49, on a farm near Holden, Alta., about 100 kilometres southeast of Edmonton.

An agreed statement of facts said the husband had a domineering pattern of abuse against his wife.

The trial judge accepted a joint submission from the Crown and defence in the matter of sentencing, but in a split decision the Alberta Court of Appeal has said the length was unfair. One judge on the three−member panel said it was fit.

"The 18−year joint submission proposed by counsel and accepted by the sentencing judge in this case is so unhinged from the circumstances of the offence and the offender that its acceptance would lead reasonable and informed persons, aware of all the relevant circumstances ... to believe that the proper functioning of the justice system had broken down," wrote Justice Sheila Greckol in a decision released Wednesday. 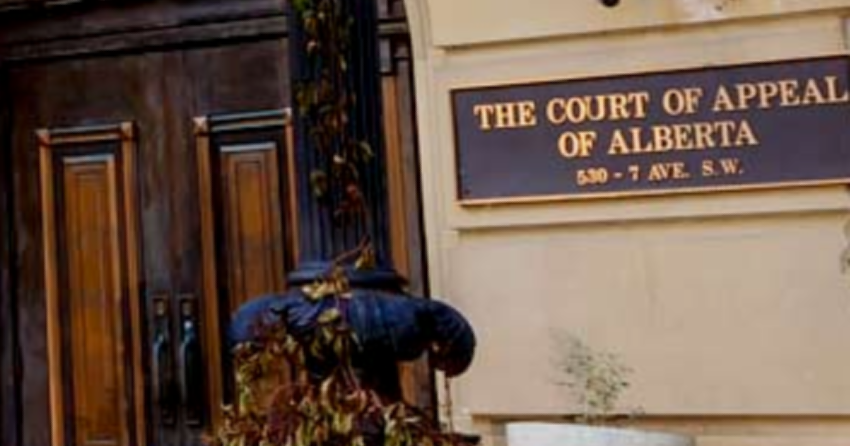 The court imposed a nine−year sentence, minus time already served.

Naslund’s appeal of the sentence argued that she feared for her safety, but didn’t want to leave the marriage out of concern for her children and because of her depression.

Naslund, 56, shot her husband twice in the back of his head with a .22−calibre pistol while he was in bed.

The court’s decision noted her use of alcohol increased during the relationship, she struggled with depression and nearly succeeded in taking her own life in 2003.

"I am incredibly grateful to the justices who reduced my sentence and to the many people in Canada, and elsewhere, who supported me through this difficult experience," she said.

"I hope that other women can benefit from the court’s recognition of the terrible situation in which battered women find themselves."

The original trial heard that after Naslund killed her husband, she and her son put his body in a metal box and used a boat to dump it in a swampy area on their farm.

They threw the gun in a dugout and buried the man’s car in a field.

"Ms. Naslund’s 27−year history of spousal abuse and its effects upon her were not considered in any meaningful way. Accordingly, one would have expected a manslaughter sentence in the single digits for Ms. Naslund based on conventional sentencing principles had the parties properly recognized the mitigating factor," wrote Greckol.

"In this case, and many similar ones, an otherwise law−abiding woman kills her partner after enduring years of abuse, shooting or stabbing him while he slept. It is apparent from these cases that it is because while he is sleeping, he does not pose a threat to her."

Greckol wrote the fear of reprisal or violence never goes away in an abusive relationship and is a "prevailing dark cloud and recurrent feature of the lived experience of battered women."

Police initially investigated Miles Naslund as a missing person and only after receiving a tip pursued the case as a homicide. Investigators with the help of a dive team found the body six years after he disappeared.

The couple’s son, Neil Naslund, pleaded guilty to offering an indignity to human remains and was sentenced to three years in prison.