The wildfire-ravaged village of Lytton, BC, could be rebuilt to set a new North American standard in resilience to better protect people and property from similar disasters fuelled by climate change, a forestry researcher says.

Lori Daniels, a professor in the faculty of forestry at the University of British Columbia, said First Nations, the municipality and the provincial and federal governments need to work together with experts to redesign the community, using building materials like metal for roofs and fire-resistant shingles instead of wood so future wildfires won’t be as devastating.

“Lytton is surrounded by grasslands, shrub lands and some forest, which are highly flammable, very fire-prone environments,” Daniels said of the Fraser Canyon community known for its high temperatures. 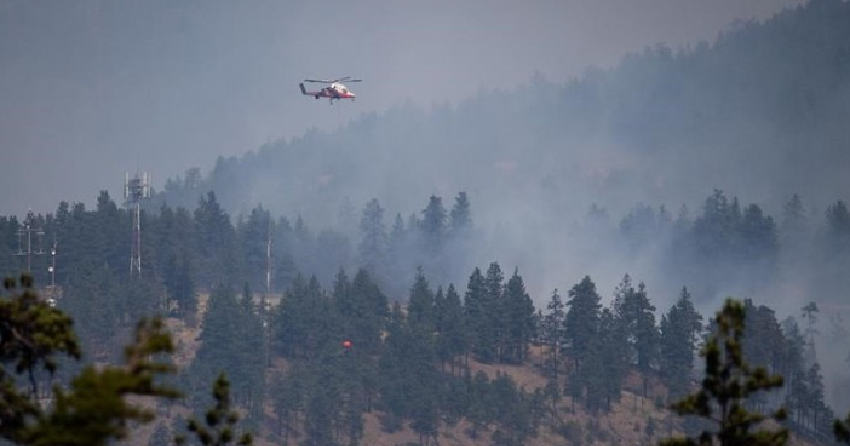 Lytton and the surrounding area set a Canadian temperature record of 49.6 C on June 29, the day before the out-of-control fire chased out residents, destroyed much of the village and killed two people.

Rebuilding plans have not yet been announced, as the focus has been on allowing residents to return to survey the damage ahead of a massive cleanup effort.

The Transportation Safety Board said it was launching an investigation into the possibility that a freight train may have started the fire, based on information it received from the RCMP and the BC Wildfire Service.

Mike Allen, a councillor in the Alberta municipality of Wood Buffalo, which includes the community of Fort McMurray, said lessons learned about rebuilding following a disastrous wildfire there in 2016 will be shared with the community of Lytton, and outreach has already begun in order to provide support.

A major part of rebuilding involved the widespread adoption of the FireSmart program, he said of the area where temperatures do not reach the heights seen in Lytton, the driest place in Canada.

“That is seemingly, I think, very important for future forest fires in the region,” he said of FireSmart, principles of which have been used in BC. “We’re centred in the boreal forest and we’re subject to many forest fires every year. We’d never had one that came this close to town,” he said, referring to the period before the fire swept through Fort McMurray.

“Homeowners are required, through development permits as well, to meet certain guidelines to do with distance away from trees,” he said. “We used to have quite a number of homes that backed right on to the forest and while the fire didn’t necessarily encroach on the homes, the embers were landing on the roofs and sparking a fire that spread from house to house.”

Deanna King, who escaped the wildfire in Fort McMurray with her six-year-old son Aiden in the middle of the night, said she later watched a newscast describing a playground where equipment had melted, only to realize it was her own backyard and that her home was destroyed.

King said it will be important for Lytton’s residents to be kept informed about when rebuilding is expected to start and how it is proceeding so they can focus on moving forward with some hope as they grieve their many losses.

King, who rented a friend’s trailer for a year before resettling, said dealing with an insurance adjuster was one of the most stressful parts of losing her home and trying to rebuild her life.

In Canada, FireSmart is the standard prevention program that is recognized by all provinces and territories to help people make their homes less vulnerable to wildfire. It calls for actions including removing leaves that could be easily ignited by sparks.

Daniels said some BC municipalities, including Quesnel, have been pushing for changes in forest composition to mitigate fire risk.

Those efforts include a push to plant broadleaf trees like aspen, which are more resistant to fire especially near towns or neighbourhoods, but Daniels said such an approach is not part of widespread practice.

“My hope for Lytton is that we will be forward thinking,” she said, noting at least 90 per cent of the village must be rebuilt

Daniels said rebuilding efforts should include better communication with First Nations, citing that failure among the lessons not learned in 2017 after what was then the most catastrophic wildfire season in BC’s history.

Chief Matt Pasco, of the Nlaka’pamux Nation Tribal Council, of which the Lytton First Nation is a member, has criticized the province for initiating contact 12 hours after evacuations began, but only regarding processes for cattle, not people.

He echoed Daniels’ sentiments on a lack of recognition for Indigenous jurisdiction over stewardship through traditional knowledge to manage the buildup of combustible materials.

Two years ago, the province published an “action plan” in response to an independent report that called, in part, for more collaboration with First Nations following the 2017 wildfires that scorched 1.22 million hectares. That devastation was surpassed in 2018, when 1.35 million hectares were burned.

Public Safety Minister Mike Farnworth acknowledged in a statement this week that the province’s early communication with First Nations “didn’t live up to expectations,” adding steps have been taken to address those shortcomings.

Premier John Horgan said after a flyover of Lytton that the village’s rebuild could be a case study for North America in keeping with a future that includes the reality of climate change.

“The town of tomorrow will not be the town of the past. The community’s ready for that and the province stands ready to help them do that,” Horgan said before conditions were safe enough for residents to return to the destroyed village.