The Economist has officially released its annual Global Liveability Index used to rank the Earth’s most liveable cities.

According to the popular publication, the list continues to focus on metropolises with less global capital that generally serve as a more regional second city.

Hence the reason iconic cities such as New York and London are nowhere to be found in the top 40 ranked cities, while countries such as Canada and Australia continue to dominate the list. 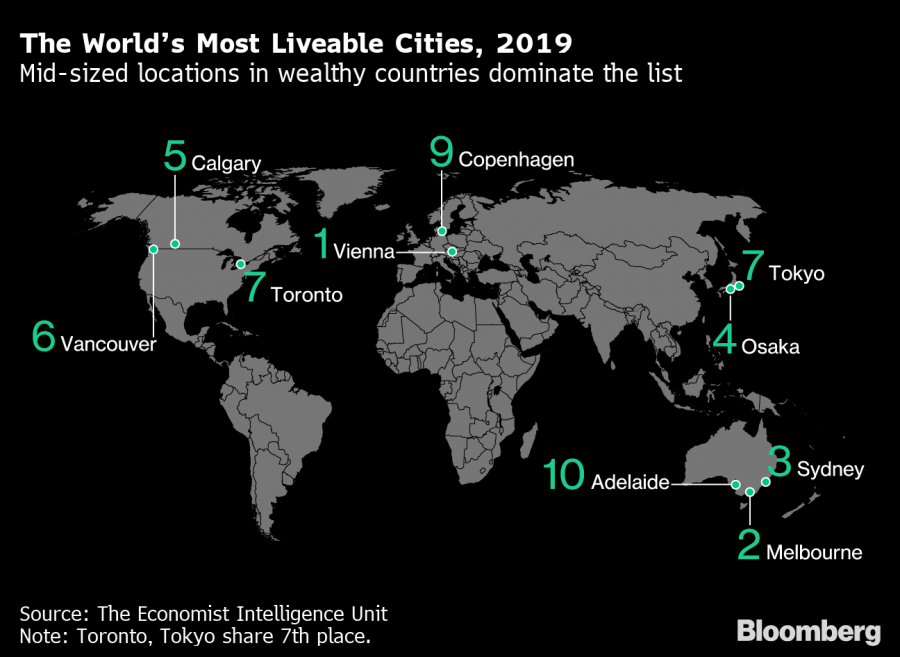 For the second straight year Vienna, Austria, has claimed the title as the world’s most livable city, followed by Australia’s Melbourne and Syndey.

Pointing to high-quality education, well-funded public healthcare and functional transport systems. These cities—with populations that number anywhere from 300,000 to 1 million—hit the sweet spot between overcrowded and underdeveloped. 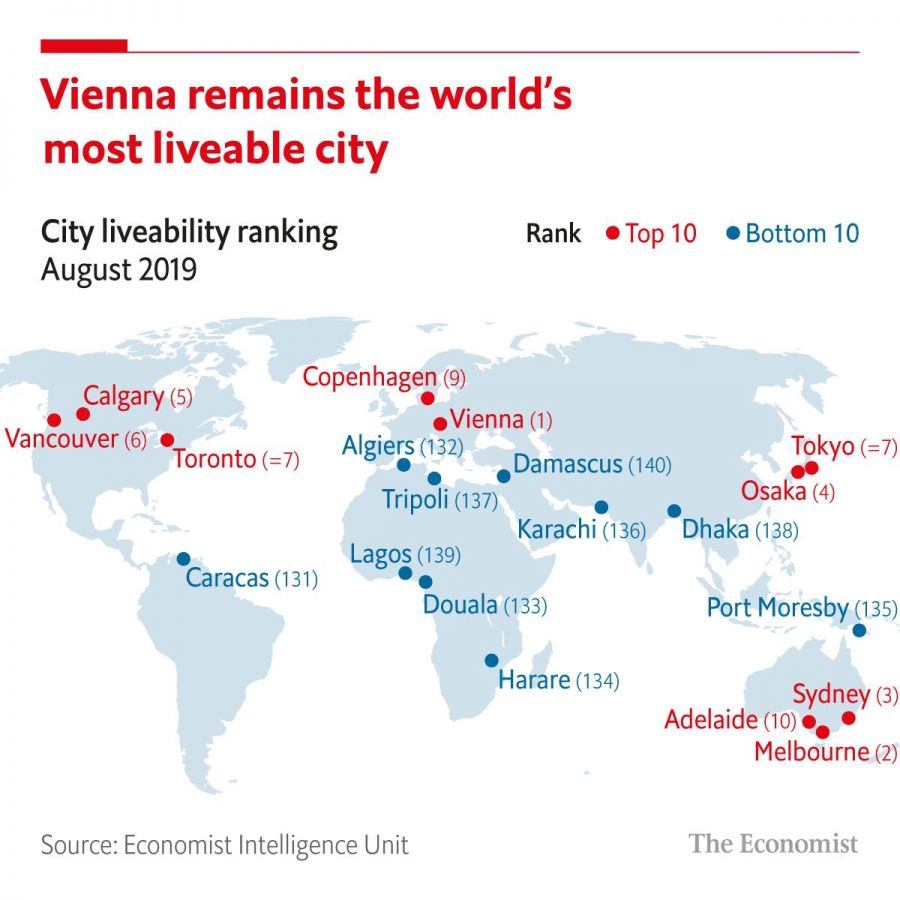 Overall, the report states that quality of life is up, however, pollution and political unrest have reduced living standards in some metropolises.