Canadian workers expect that working from home will continue after COVID-19: Poll

A recent poll showed that a large percentage of the population in Canada that working from home will become more common, even after the pandemic ends.

Research Co. was behind the poll, which they said shows that the way Canadian workers are currently dealing with the COVID-19 outbreak will have repercussions on how we conduct business in the future. 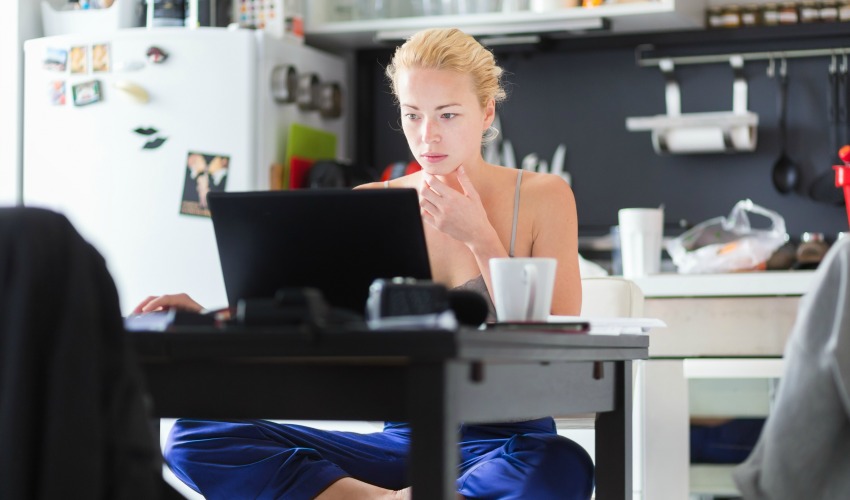 In the online survey of a representative national sample, 73% of Canadians think more people will “definitely” or “probably” work from home than before once the COVID-19 outbreak ends.

In addition, 63% of Canadians expect more companies to phase out business travel in favour of teleconferencing.

“Many Canadians believe some of the current features of their job will remain in place once offices are fully operational again,” says Mario Canseco, President of Research Co. “Two thirds of Atlantic Canadians (67%) and Quebecers (also 67%) believe meetings that do not require travel will become the norm.”

Canadians who are currently working from home instead of their regular office were asked about specific issues they are facing as they fulfill their duties during the COVID-19 outbreak.

Almost two thirds of Canada’s provisional home workers (65%) would like to be able to work from home more often after the COVID-19 outbreak has passed—a proportion of that jumps to 72% among men and 76% among those aged 55 and over.

Home distractions are a big concern for provisional home workers in British Columbia (55%), while only 23% of those in Atlantic Canada feel the same way.

Two thirds of provisional home workers in Canada (67%) say they miss interacting with other people at their regular office, and a smaller proportion (44%) miss commuting to their workplace.

Four-in-five said they (80%) feel their company trusts they are doing their work from home, and almost seven-in-ten (69%) believe their company is perfectly equipped for them to carry on with their duties from home.