Conservative leader Andrew Scheer has called for the prime minister to resign.

He said Justin Trudeau has lost the moral authority to govern and must quit ahead of a police investigation of his government.

She discussed the pressure she felt from Trudeau and others to head off a criminal prosecution of Montreal engineering firm SNC-Lavalin. 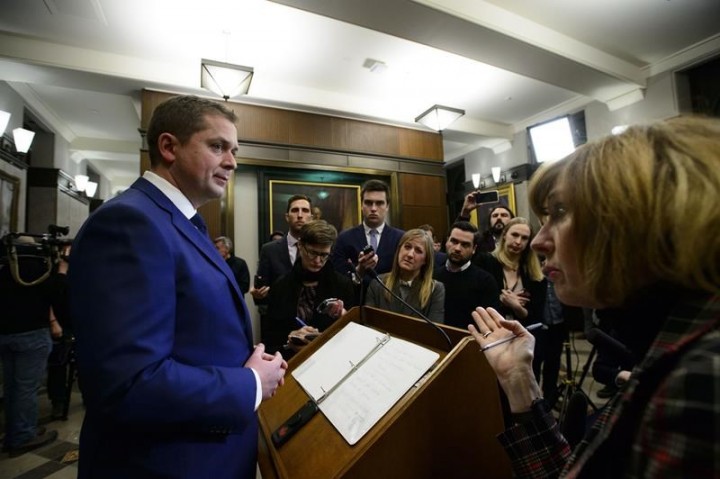 Wilson-Raybould testified that she withstood four months of attempts to get her to reverse a decision not to make a plea-bargain-type deal with the company.

Scheer said the Mounties need to open a criminal investigation into what the Liberal government did to help SNC-Lavalin, which faces criminal charges related to allegedly corrupt dealings in Libya.

He said that given what Wilson-Raybould laid out in her testimony, Trudeau can no longer lead the nation.

“As Ms. Wilson-Raybould has so clearly articulated, the people Canadians entrusted to protect the integrity of our very nation, were instead only protecting themselves and their friends,” Scheer said.

“As we enter a critical budget debate, and with other pressing matters of public interest in need of action, Mr. Trudeau’s cabinet must now find a way forward without him. I urge them to do so. They have a duty to govern this nation, not help a disgraced prime minister hang onto power.”

Speaking in Montreal, Trudeau said Canadians will be able to choose who they want as prime minister in this fall’s general election.