Today, the Canadian Armed Forces paid tribute to Canada’s Fallen in Afghanistan during a rededication ceremony of the Kandahar Cenotaph.

The ceremony gave family and friends to commemorate the legacy and sacrifices of those they lost.

It was also an occasion to honour the bravery and sacrifice made by Canadian civilians who contributed to the Afghanistan mission, and American military members who served under Canadian command.

Senior military and departmental leadership, wounded soldiers and Veterans from units, headquarters, and formations in which the fallen soldiers served, and Canadian journalists who reported during the war also attended the ceremony.

“The Afghanistan Memorial Hall stands as a tribute to those who gave their lives in service to their country during our mission in Afghanistan,” said Sajjan.

“Today, we honour and remember those fallen in Afghanistan and their family and friends. We will always remember their strength, courage and sacrifice. They will never be forgotten.” 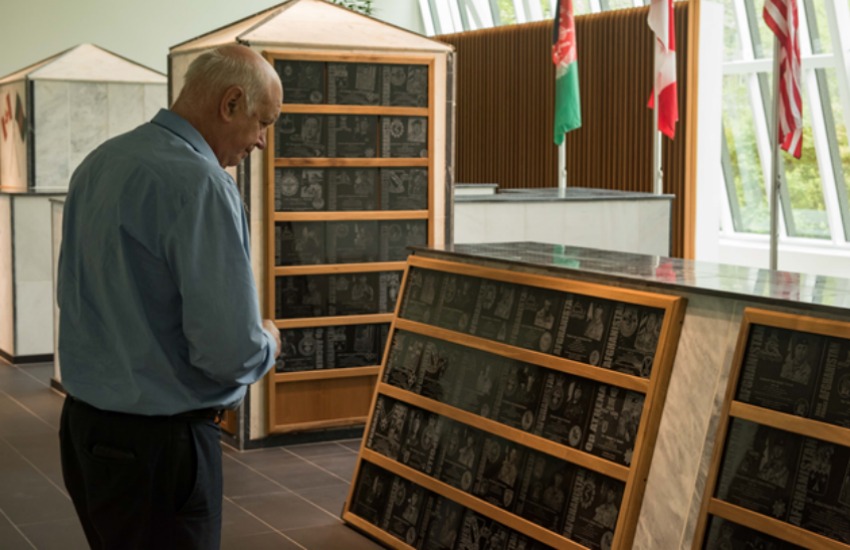 Canada’s military engagement in Afghanistan came at a significant cost.

According to the Government of Canada, 158 Canadian Armed Forces personnel, a Canadian diplomat, a DND contractor, a Canadian journalist, and 42 U.S. armed forces members and one civilian who were under Canadian command were killed during the military engagement in Afghanistan.

The Kandahar Cenotaph was created by members of the Canadian Armed Forces as a battlefield memorial. It is housed in the newly constructed Afghanistan Memorial Hall at the National Defence Headquarters in Ontario.