Speaking with reporters on his way to a weekly Liberal caucus meeting, the minister says working groups that include airports, airlines, public health and federal officials are meeting up to three times a week to try and find solutions.

But when pressed for details about when changes are expected, Alghabra says he's not yet ready to announce new measures.

People travelling through Canadian airports have been experiencing long lines and flight delays as post-pandemic travel ramps up, particularly at Toronto Pearson airport. 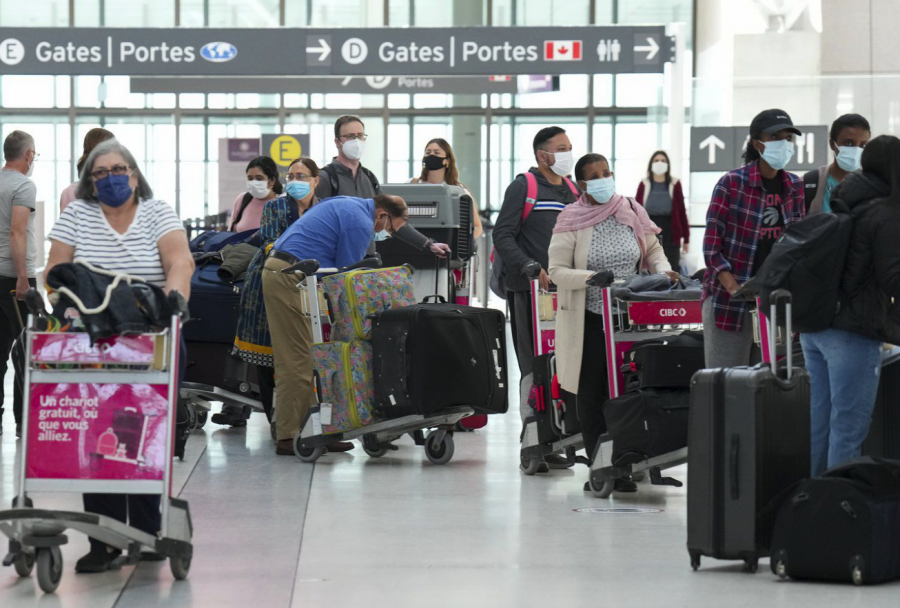 The Conservatives have been calling on the government to lift travel restrictions, which require anyone returning from outside the country to confirm their vaccination status, and end the use of the ArriveCan app and stop random COVID-19 testing at airports.

"Since the low point of the pandemic, travel is up 700 or 800 per cent, in that range," Mendicino said Tuesday.

Alghabra said the federal cabinet is talking about the mandates on a regular basis as it has throughout the pandemic, and "sometimes we'll make adjustments."

"It's also important to note that this phenomenon is happening at airports across the world," Alghabra said. "I'm not saying this to say that there's no responsibility here."

The Canadian Airports Council issued a statement on Monday once again calling for an end to vaccination mandates for passengers and aviation staff, saying "there is now a different standard" for those groups than for other Canadians.

In an interview last month, the council’s interim president Monette Pasher said random tests and public health questions at customs mean it takes four times longer to process people than it did before the pandemic.

That was fine when people weren’t travelling, she said, but now it’s become a serious problem because airports simply don't have the physical space required to hold the long lineups of people.