The final vestiges of COVID-19 restrictions at Canada's borders will be lifted on Saturday, as federal ministers announced Monday the end of mandatory vaccination, random tests, quarantine, use of the ArriveCan app and masks on planes and trains.

The Liberal government will not renew the cabinet order maintaining COVID-19 border measures when it expires on Sept. 30, but Health Minister Jean-Yves Duclos once again warned that pandemic restrictions could be brought back if they are needed.

Duclos said Monday that the federal government has learned throughout the course of the pandemic which types of measures work.

"We will therefore leave open all possible options when it comes to protecting the health and safety of Canadians," he said at a news conference.

The changes mean foreign nationals will no longer require an approved series of vaccinations to enter the country.

Canada-bound travellers will also no longer be subject to random COVID-19 tests, and unvaccinated Canadians will not need to isolate when they return to the country.

Cruise passengers will not have to do pre-board tests or prove they have been vaccinated. 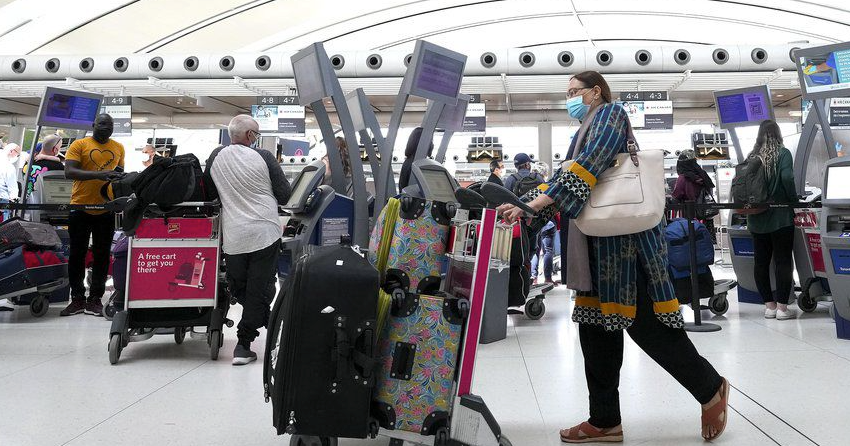 The controversial ArriveCan app will not be mandatory when the order expires.

“Going forward, use of ArriveCan will be optional, allowing travellers who so choose to submit their customs declaration in advance at major airports,” said Public Safety Minister Marco Mendicino.

So far that option is available at international airports in Toronto, Montreal and Vancouver, but that will be expanded to include Calgary, Edmonton, Winnipeg, Ottawa, Quebec City, Halifax and Billy Bishop Toronto City Airport.

With the cabinet order gone, travellers will not have to self-monitor or report symptoms of COVID-19 anymore but they are still instructed not to travel when sick.

COVID-19 is still considered a communicable disease under the Quarantine Act, and federal officials say travellers who become sick en route or when they arrive in Canada should flag a flight attendant, cruise staff, or a border services officer.

"Border agents and public health officials have the ability to keep screening people and advise them on the right things to do if they happen to be infected with COVID-19 or other diseases," Duclos said.

"If people enter Canada and find out that they have been infected with COVID-19 then they will need to follow local public health measures."

People who already started their quarantine or testing regime in the 14 days before Oct. 1 will not have to continue once the changes come into effect.

The five federal ministers making the announcement said the changes are informed by science and epidemiology, adding that modelling indicates the peak of the latest wave of the disease has "largely passed."

But they did face questions about whether the move is at least partially politically motivated as the Liberals contend with the newly elected Opposition leader, Pierre Poilievre.

Duclos said public health data suggests COVID-19 cases imported into the country by travellers are having a minor effect on the epidemiology in Canada.

"There was a sense that these border measures were no longer effective, or no longer justified in the circumstance that we’re in right now," Prime Minister Justin Trudeau said Monday at a separate news conference on Parliament Hill.

He said the best way to fend off the possibility of reinstating border restrictions is for people to get their COVID-19 booster shots.

"The more Canadians choose to get vaccinated, the more people get up to date on their shots, the more resilient we will be as a country to any future waves of COVID and therefore less disruptions people will have to see in their lives," Trudeau said.

The pandemic is not over, Trudeau said, and encouraged anyone who thinks so to visit a hospital "where we still see the impact of people struggling with COVID-19."

The Public Health Agency of Canada still strongly recommends that people wear masks, particularly in crowded environments such as planes and trains.

"I hope Canadians will make an enlightened decision about this."

Duclos said the negative attitudes of some passengers have made things very difficult for airlines and crews to enforce the mask mandate in recent months, and cited that as a factor in the decision.

"The transmission of the variants of COVID are domestic-based, for the most part, and therefore, this is what we should stress: masking is highly recommended … but it is not something that can be, in a sense, forced."

That is a change in messaging from earlier in the summer, when the government and public health officials insisted that maintaining measures at the border was necessary to track and prevent the introduction of new variants.

Mendicino said there have been 38 million entries at the border in 2022 so far, more than double the number in all of last year. “We want to keep that momentum going."

In the United States, New York Republican Rep. Elise Stefanik went so far as to claim a measure of credit for the decision, which came “following my advocacy,” she said in a statement.

“Our northern border communities have suffered enough from the prolonged closure and restriction to travel,” Stefanik said. She also took an obligatory jab at the president, who declared the pandemic “over” in a recent “60 Minutes” interview, in calling for prompt reciprocal action south of the border.

“Even though Joe Biden has admitted that the pandemic is over, he continues to fail to drop the vaccine mandate for travel across the northern border into the US, failing our northern border communities as a result.”

White House officials have refused to say if the US rules will change any time soon. DHS officials did not immediately respond to media inquiries Monday.