Greenpeace has revealed the top five plastic polluters in Canada – and they’re all familiar brands.

Based on an audit of trash carried out by hundreds of volunteers across the country – in Vancouver, Victoria, Toronto, Montreal, Broken Group Islands, Covehead (PEI), Fredericton, Grimsby and Halifax – the environmental organization has pointed a finger at the worst offenders.

Greenpeace said over a third of all the trash they found came from "the usual suspects."

Combined, these five companies produced 39% of the trash found in the audits, Greenpeace said.

“This was incredibly eye-opening for many of our volunteers to not only see the amount and types of garbage we were collecting, but also see the many different brands that are responsible for that waste," Chris-Ann Lake, co-manager of Surfrider Vancouver Island, which worked with Greenpeace on the audits, said.

"On this day we collected the most waste from the Tim Hortons brand. Surfrider Foundation Vancouver Island recognizes that educating people to make better consumer choices is only half the battle, it must also be about holding the companies responsible for the waste they are producing is key to ending plastic pollution.” 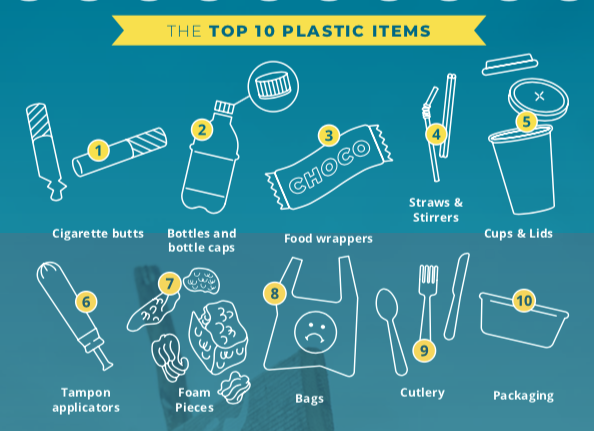 The most commonly found items in the audits were:

Greenpeace said that the major producers of single-use plastic items "continue to deflect the responsibility back on their customers, requiring them to bring their own containers, recycle or dispose of things properly and then either pay through taxes to clean up the waste."

Lilly Woodbury, chapter manager at Surfrider Pacific Rim, added: “We cleaned an estimated 6 km of coastline during our 8-day remote shoreline cleanup in the Broken Group Islands this past August, which is astonishing considering the mountain of plastic we retrieved. 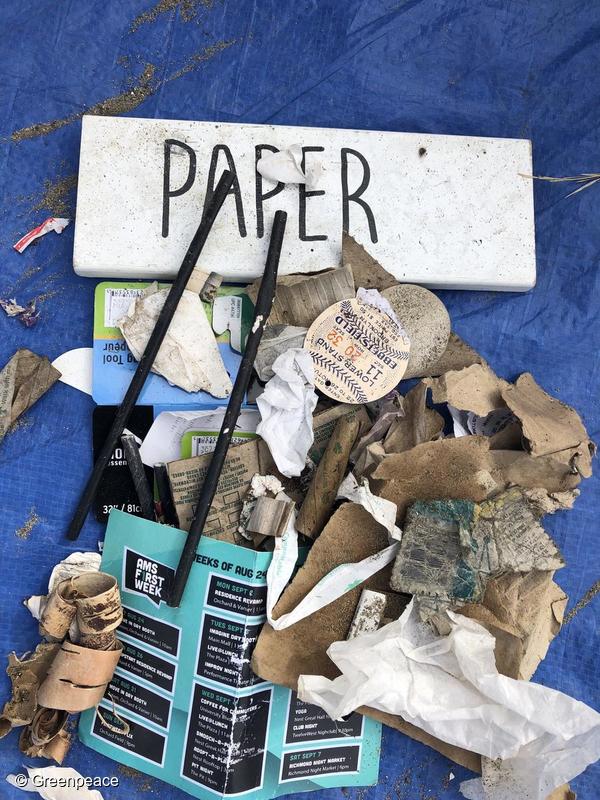 "The BC coastline is 25,725 km, and the Canadian coastline is 243,042 km. This makes it clear that we cannot clean our way out of the plastic pollution crisis, we need to collect data and conduct audits so that we can gain information that will assist us in addressing the roots of this persistent global problem."

Greenpeace recommended that those concerned say "enough is enough" to producers.

They can do this by engaging the top five producers on Twitter, rating them on Google or writing to them directly.