'Guided by Canada': NASA space telescope with Canadian components to launch this week

Three are the right distance from their sun for liquid water to be present. One of them, known as Trappist 1−F, also has the right density. Could oceans lap the shores of this faraway world, 40 light−years from Earth?

"There’s a good chance this planet is water−rich," said Rene Doyon, a University of Montreal physicist and exoplanet specialist. "The only way to find out is to use Webb."

Doyon is talking about NASA’s James Webb space telescope, the product of $13 billion and more than two decades of work that is finally set for liftoff this week. Doyon, the principle investigator for the telescope’s Canadian−built components who’s been with the project almost since the beginning, can hardly wait. 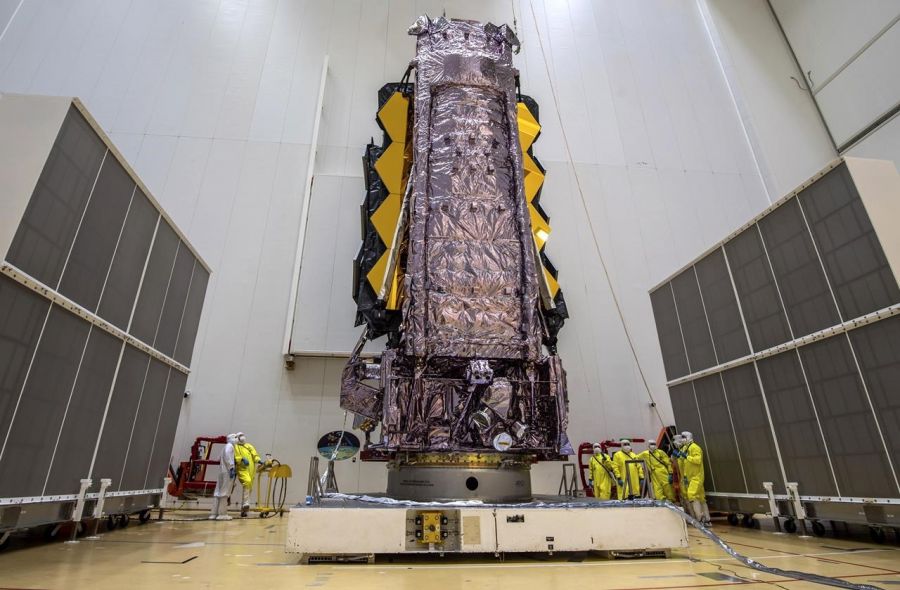 The Webb, outfitted with two crucial Canadian−built systems, is the successor to the Hubble Space Telescope. Webb, however, will orbit much deeper in space — about 1.6 million kilometres out, far past the moon — and be anywhere from a hundred to a million times more sensitive, Doyon said.

It is designed to peer into two mysteries: the nature of planets beyond our solar system and what the oldest galaxies around can tell us about the birth of the universe. Webb will be able to analyze exoplanetary atmospheres and gather data from so−called "First Light" galaxies, formed 13.6 billion years ago.

Key to that work will be the Fine Guidance Sensor, which helps aim the telescope, and the Near−Infrared Imager and Slitless Spectrograph, which helps analyze the light it observes. Both have been designed and built in Canada.

"Every single observation, every beautiful image, will have been guided by Canada," Doyon said.

Canada has been part of the Webb project almost from the start, said Sarah Gallagher, science adviser of the Canadian Space Agency. At least half of the 600 scientists in the Canadian Astronomical Society have been involved with it and dozens of scientists and engineers are part of its design team.

Canada has contributed almost $200 million over the years, enough to entitle Canadian researchers to five per cent of the telescope’s observation time. In addition to exoplanets and First Light galaxies, Canadian researchers will use Webb for topics that range from asteroids and comets close to home to how stars affect space around them in distant regions of the galaxy where new stars are born.

"Just being a partner on a big project like this benefits all of Canada," Gallagher said.

"It gives us a place at the table for international collaborations. Our astronomy community is recognized worldwide and one of the reasons is because we’re partners on these really exciting new missions."

But first, Webb has to get up there.

After its launch, scheduled for Friday, the telescope has to unfold in space from the rocket’s cargo hold like a giant piece of remote−controlled origami. NASA says there are 300 points during this process where things could go catastrophically wrong.

Another five months will pass as the telescope gradually cools. Webb "sees" infrared radiation, felt on Earth as heat. Webb has to get down to about −223 C before its own heat won’t muddy the radiation it’s studying.

By June, Doyon said, we could be seeing images that stun the world just as the first images from Hubble did in 1990.

And he could be staring into the skies of the new world that haunts his imagination — Trappist 1−F.

"It’s a perfect (solar) system," Doyon said. "Those will be our primary target, those planets.

"Is there water, CO2, methane, the kind of molecules we need to do life? That’s a major step forward in that grand goal, to find life."