Hockey Canada has announced it will be dropping midget, bantam and peewee as division names across the country.

On Monday, the sport’s governing body confirmed the divisions will become U7, U9, U11 through to U21 beginning next hockey season. 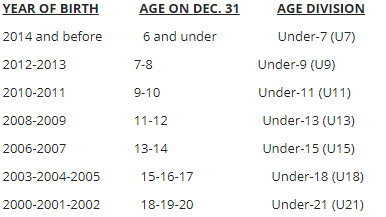 “We believe everyone should feel welcome in the game and in our on-going effort to make hockey more inclusive, the Members at the Hockey Canada Annual Meeting determined that the names of our age divisions will change,” said Michael Brind’Amour, chair of the Hockey Canada Board of Directors.

The change comes nearly a year after Athletics Canada said it would pursue stopping the use of the term "midget” as a division name after concerns were raised about the word being considered a slur by many.

Beginning in the 2020-21 season, the names of age divisions at every level of minor hockey will be simplified – Novice to U9, Atom to U11, Peewee to U13, and so on.

“Following a comprehensive review, we believe this change will simplify the system for families who may be new to the game. The new age Division names will be implemented for next season,” added Brind’Amour.

It has been also confirmed that Junior and Senior teams will not be affected by the updated division names.