Man charged in the murder of 13-year-old B.C. girl

Shen’s body was discovered in a wooded area of Central Park in Burnaby hours after she departed from her home at 6 p.m. on July 18. 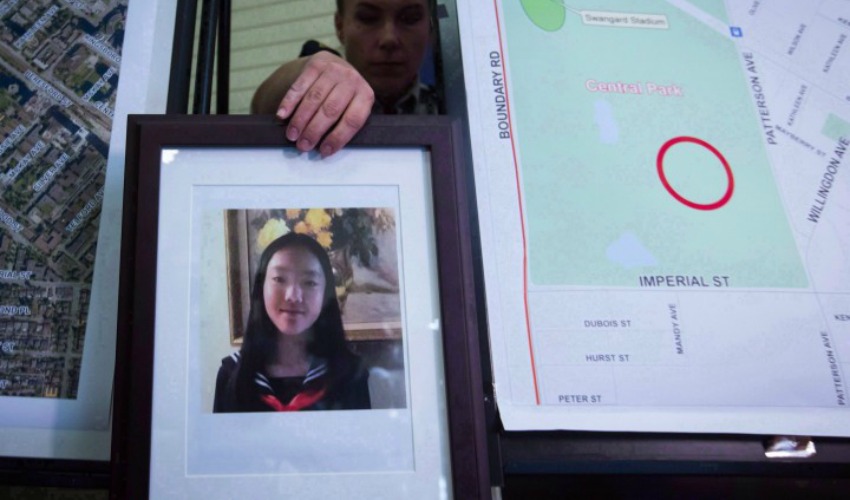 Detectives from the Integrated Homicide Investigation Team announced today that they have charged a man with her murder, which was originally believed to be a random attack.

Police renewed an appeal for information on the anniversary of her death.

Update on Marrisa Shen Investigation: #IHIT will be hosting a news conference this morning at 10am at BC RCMP HQ to announce significant developments in the homicide investigation of 13-yr-old Marrisa Shen. pic.twitter.com/okHzpaDpMe

RCMP Supt. Donna Richardson, who is in charge of IHIT, says Ibrahim Ali has been charged with first-degree murder in relation to her death.

-With files from The Canadian Press.