Alberta NDP Opposition Leader Rachel Notley has been kicked out of the legislature chamber after she refused to apologize for comments about the United Conservative government firing the province’s election watchdog.

Notley told the house that Government House Leader Jason Nixon was making misleading statements on why the government was firing Lorne Gibson during Gibson’s investigation of UCP fundraising misdeeds. 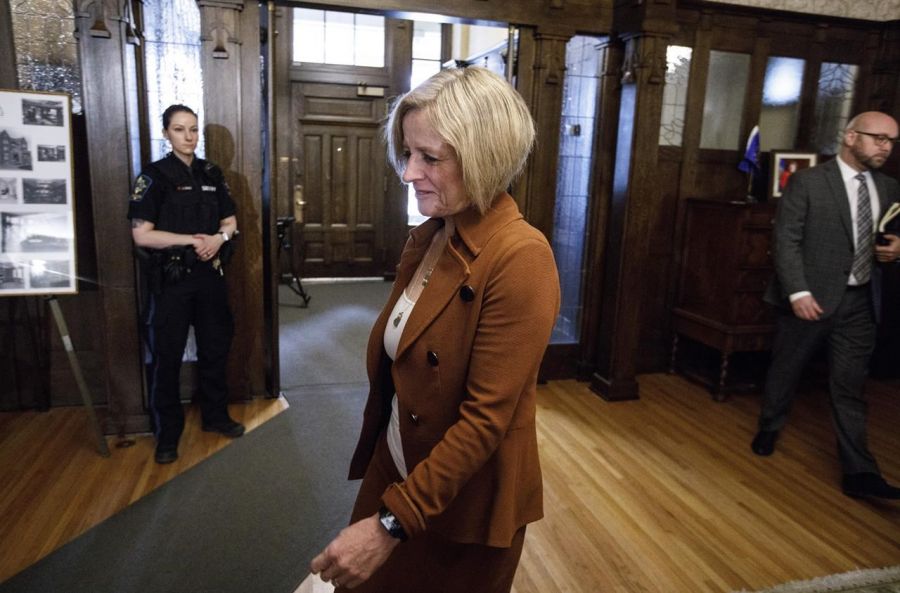 Legislature members have wide latitude to debate in the house, but rules don’t allow for allegations that one member is deliberately misleading or lying.

When Speaker Nathan Cooper directed Notley to apologize, she refused, saying bigger issues are stake and that legislation to fire Gibson is "corrupt."

Cooper ejected Notley for the day, and she picked up her books and papers and walked out as colleagues pounded their desks in support.

Gibson has levelled more than $200,000 in fines surrounding rule−breaking linked to the 2017 United Conservative leadership race, which Jason Kenney won before he became premier this year.