The organizer of a controversial Sunwing party flight to Mexico says his group was unfairly abandoned by the airline.

James William Awad told reporters at a new conference today that Sunwing, along with Air Canada and Air Transat, should be "ashamed" of themselves for refusing to fly his group back to Canada based on videos of the flight that circulated on social media.

He says the airlines stranded 154 Canadians in Mexico without knowing whether members of the group could afford to keep paying for hotels and food. 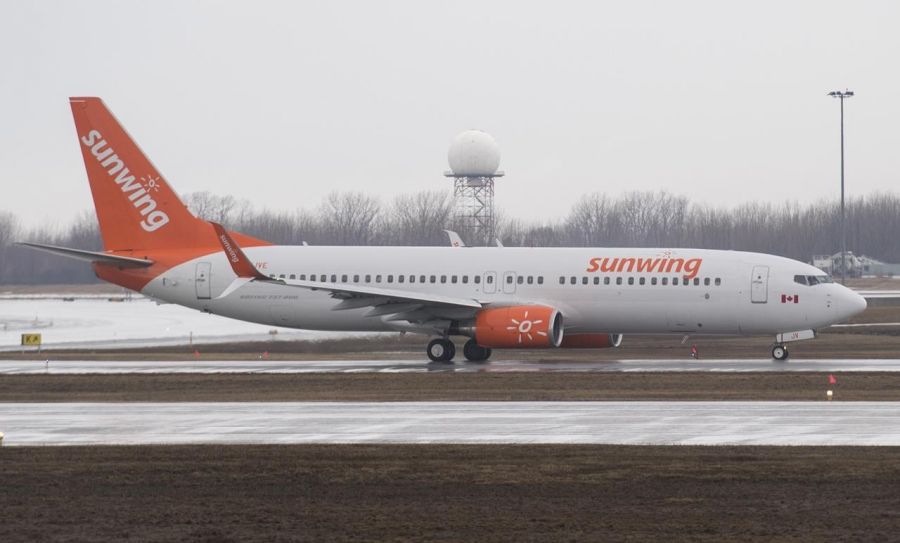 Awad, 28, held the news conference with the flags of Canada, Quebec and the United States behind him and interspersed his answers with promotional commentaries about his business.

Journalists were told they could each ask one question and would be removed if they attempted to ask a followup.

The Dec. 30 flight to Cancun drew condemnation after videos of the on−board party showed unmasked passengers in close proximity singing and dancing in the aisle and on seats, as some clutched bottles of liquor, snapped selfies and vaped.

Prime Minister Justin Trudeau described the group at the time as "idiots" and barbarians. Transport Canada has launched an investigation into the flight.