The House of Commons passed student aid legislation on Wednesday that would provide up to $2,000 a month to students and recent graduates in the country struggling to find summer employment during COVID-19.

Minister of Employment Carla Qualtrough introduced the legislation this afternoon, which required unanimous agreement from the opposition parties for its expedited approval from The House.

Now, the bill has been sent to the Senate, where it will be considered and either passed to be given Royal Assent, or amended and reconsidered by The House. The Senate is scheduled to sit on Friday.

"The Canada Emergency Student Benefit would help approximately one million eligible students pay their bills and stay connected to the labour market," said Qualtrough in a statement.

The Canada Emergency Student Benefit, or CESB, was introduced about a week after Prime Minister Justin Trudeau promised a student aid package which included the $9 billion benefit for students and new graduates ineligible for the Canada Emergency Response Benefit. 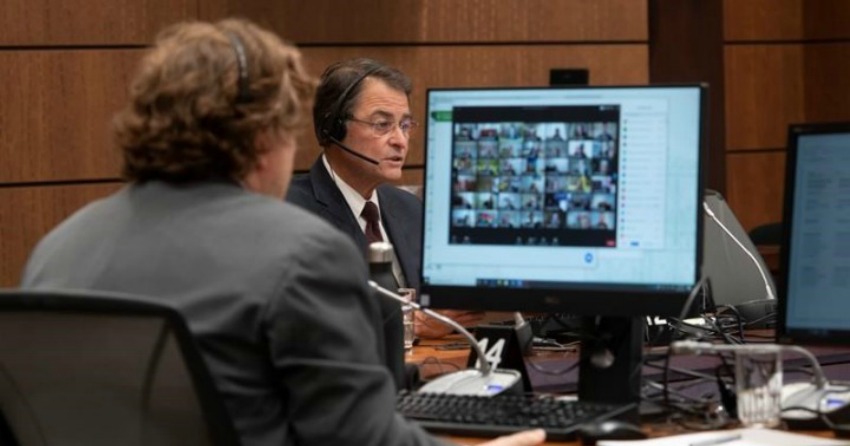 "From interruptions in their studies to reduced employment and development opportunities, [Canadian students] are facing an uphill battle," said Diane Lebouthillier, national revenue minister, in a statement.

Ottawa's student aid is available to both domestic and international students who are entering post-secondary education from high school, are current students, or have been out of school no earlier than December 2019.

The Canadian Government has already implemented a six-month, interest-free moratorium on student loan repayment and announced they are doubling the dollar amount of student loan grants and raising the maximum amounts on student loans for 2020/2021.

With files from The Canadian Press