(UPDATE: July 2 @ 9:05 am): An armed man has been arrested on the grounds of Rideau Hall, where Gov. Gen. Julie Payette and Prime Minister Justin Trudeau live.

The RCMP announced the arrest hours after a large number of police officers descended on the sprawling estate Thursday morning.

The RCMP said an armed man got onto the grounds around 6:40 am local time.

The force said in a tweet that neither Payette nor Trudeau was present at the time.

“The man was arrested shortly after without any incident. He is currently in custody and is being interviewed,” the RCMP’s national division said in a tweet.

(1/2) At approximately 6:40 this morning, an armed man was able to access the grounds of 1 Sussex Drive. The Prime Minister and the Governor General were not present at the moment of the incident.

The man’s identity hasn’t been released because charges are pending.

The Mounties did not reveal further details, but The Canadian Press saw the gate to one side entrance was bent and a police robot examining a black pick-up truck further into the estate.

The iconic Rideau Hall has long served as the home to Canada’s governors general, but Trudeau and his family have also lived in a home on the property since he was elected prime minister.

The government is still working on whether to renovate 24 Sussex Dr., where past prime ministers have lived.

The Mounties have not revealed details of the situation, which saw a large number of police officers deployed early this morning to the northwest corner of the sprawling Rideau Hall estate.

The police presence included at least one armoured car as well as support from the Ottawa Police Service in preventing vehicular and pedestrian traffic to the area. 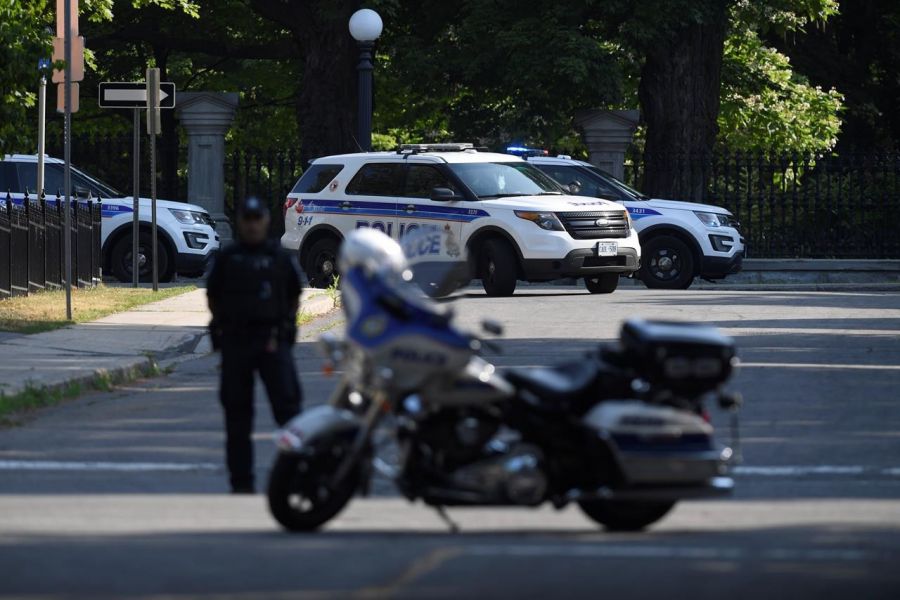 The iconic Rideau Hall has long served as the home to Canada’s governors general.

Trudeau and his family have also lived in a home on the property since he was elected prime minister as the government decided whether to renovate 24 Sussex Dr., where past prime ministers have lived.

Police are scheduled to give an update later today.