'Quite fitting:' Prince Philip's funeral an online event for all but a few in Canada

The options for Canadians planning to pay their respects to Prince Philip during his funeral Saturday will be largely limited to small gatherings in front of TV or computer screens.

Thanks to pandemic protocols, there will be no mass get−togethers — except online. But there is every indication the Duke of Edinburgh would have wanted it that way.

Robert Finch, chairman of the Monarchist League of Canada, says Philip made it clear he didn’t want a grand, state funeral. More importantly, history shows the duke was a forward−thinking man in terms of using technology to bring people together.

"He was the one who brought the monarchy into the modern age by insisting that the Queen’s coronation (in June 1953) should be broadcast on television," Finch says. "In a way, it’s quite fitting that his life will be celebrated by again leveraging technology and having a worldwide commemoration in front of computer screens." 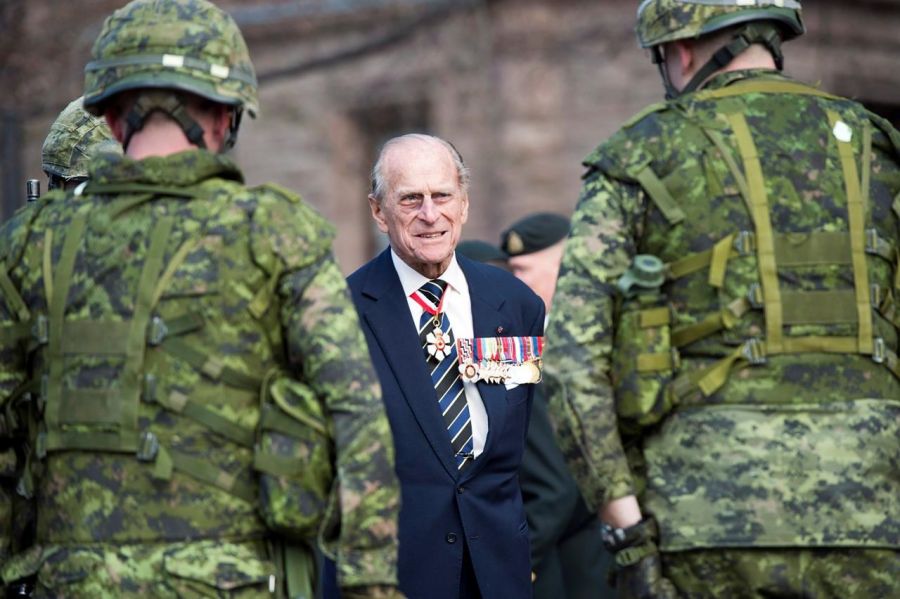 The funeral service will be broadcast live from St. George’s Chapel at Windsor Castle starting at 10 am EDT. Only 30 people have been invited to attend the ceremony, and all will be wearing face masks. Members of the public are being discouraged from gathering outside.

"Our expressions of grief, if they are going to be public, will be via social media," says Barry MacKenzie, a part−time history instructor at St. Francis Xavier University in Antigonish, NS. "People are finding a way (to honour him) in the same way we have all found a way to do a lot of things differently in the last 13 months."

Lorie Gonta, who lives in Port McNicoll, Ont., says she plans to watch the service online on her own, since her husband doesn’t share her interest in the Royal Family. An ordained deacon with the Community Catholic Church of Canada, Gonta said she might have a cup of tea while closely observing how the ceremony is handled.

"Having conducted several funerals in the past year, things have definitely changed," she said.

As for Philip, Gonta said she admired his penchant for making blunt and sometimes off−colour remarks. "He said things like they were," she said. "He was controversial with what he said, but he said them."

MacKenzie, who is Atlantic spokesman for the Monarchist League, said Philip will also be remembered for his humility. "He never wanted to dwell on his accomplishments and what his legacy would be," he said. "I think that having a state funeral with all of the trappings, to him, seemed over the top. He wanted it simpler."

After the funeral, official commemorations in Canada will begin at 12:30 pm in Ottawa, where a ceremony will be held at Christ Church Cathedral. The 40−minute service is closed to the public, but it will be livestreamed and broadcast on television. It will feature music, prayers and a pre−recorded address by the former governor general David Johnston.

In Nova Scotia, a provincial commemorative service will be held at the Cathedral Church of All Saints in Halifax at 2 pm EDT. The multi−faith service will also feature hymns and readings, but it will have something the national service won’t: an in−person audience.

In all, 100 people have been invited to the Halifax event, including Indigenous leaders, military officers and representatives from the Monarchist League of Canada. Face masks and physical distancing will be required for all guests.

A spokesman for Nova Scotia’s lieutenant−governor says the province’s relatively small number of active COVID−19 cases — 42 as of Friday — made it possible to organize the largest in−person service in Canada. The service will also be carried live on Facebook and YouTube.

"In the rest of the country, there will be no audiences, aside from some dignitaries — but not the public," said Finch of the Monarchist League. "This is a world event, but very limited in terms of people getting together."

In Toronto, a 4 pm memorial service at the Cathedral Church of St. James will be livestreamed on its Facebook page.

Among those to get an invitation to the Halifax event was John Yogis, secretary of the Halifax branch of the Monarchist League. "He was a man with great concern for other people and was good at putting others at ease," said Yogis, who first saw Philip and the Queen in 1951 when they visited Halifax as a married couple.

Yogis recalled meeting Philip in 1994 when he volunteered to take photographs of the duke during a visit to Halifax.

"I thought he had paid no attention to me at all, and probably thought I was a nuisance," Yogis said. "But he came over and said, ’I understand you are a law professor.’ And it was true, I was. He said, ’What the hell are you doing taking photographs?’"

Reflecting on Philip’s legacy, Yogis said his founding of the Duke of Edinburgh’s Award program in 1956 has been recognized as a successful international enterprise that challenges those between the ages of 14 and 24 to get involved in their community, learn new skills and get physically active. To date, 10 million youth in more than 130 countries have taken part, including 500,000 Canadians.

"He has made such an enormous contribution to young people," Yogis said.

A patron of more than 40 organizations in Canada, Philip also had very close ties to the military, having served in the Royal Navy during the Second World War.

"He was very much at home here," said Finch. "This was always probably his second−favourite realm."