Nova Scotia RCMP confirmed Monday that all 22 victims of the April 2020 mass killing in the province were shot.

The Mounties had never stated whether all victims died as a result of being shot or whether some died in fires, but the national police force confirmed the manner of the deaths to Statistics Canada, which published the information in a report released Thursday.

In its national homicide survey, Statistics Canada said the Nova Scotia mass killing helped push the number of homicides nationally in 2020 to its highest level in nearly 30 years.

The report said the attack contributed to an "uncharacteristically high homicide count and rate for the province of Nova Scotia in 2020" and is also reflected in the "increase in firearm−related homicide for the province." 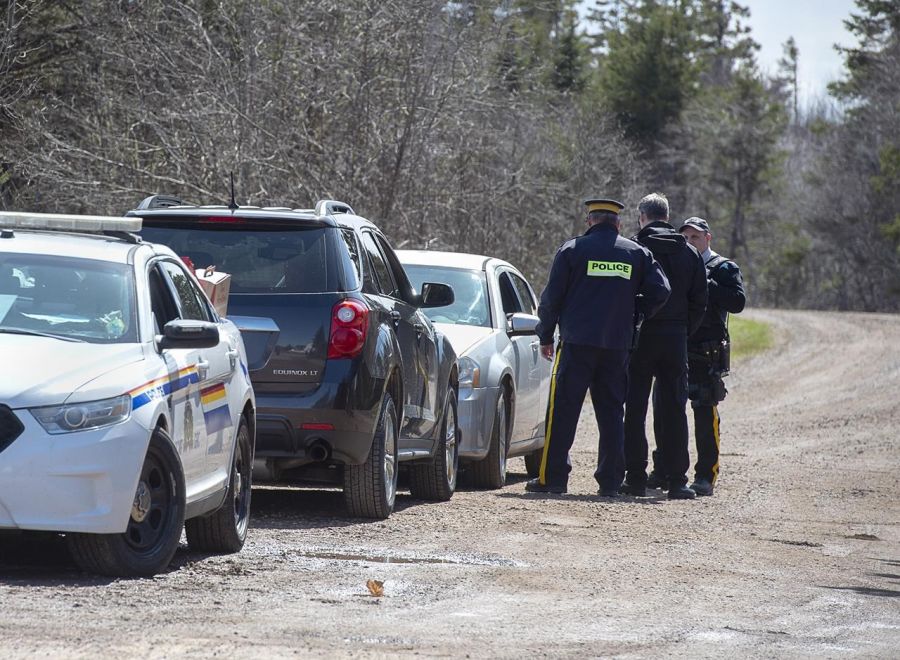 In an email late Friday, Statistics Canada confirmed that all deaths in the Nova Scotia attacks were reported by police as being firearm−related homicides.

"A homicide is classified as firearm−related when the weapon used to cause death is a firearm," the agency said, adding that firearms include handguns, rifles or shotguns, fully automatic firearms and firearm−like weapons such as pellet guns.

The RCMP also confirmed in an email sent Monday that the Statistics Canada data was based on "information provided by the RCMP."

The RCMP had previously confirmed that on the night of April 18, 2020, a lone gunman set fire to several homes and killed 13 people in Portapique, N.S., before evading police and killing nine more people the next day.

The 22 victims make it the deadliest mass shooting in recent Canadian history. In the 1989 École Polytechnique shooting, 14 women were killed by an anti−feminist gunman.

A commission of inquiry investigating the mass killing is expected to begin the first phase of hearings on Jan. 25.

In an update released Monday, commission officials said they have been working with participants to review what are referred to as "foundational documents" in order to ensure the factual records are as "accurate as possible before they are shared publicly."

The commission said participants, including family members and first responders, are working through legal counsel to identify any gaps or issues with the documents.

"These documents organize the thousands of pieces of information gathered by the commission team during investigations to date," the commission said. "There is a lot of complex and often challenging material to review and consider."

It also said individual participation in the inquiry had been granted to some individual family members who were previously part of a combined group.