Canada has sanctioned a Russian woman whom the foreign affairs minister's office alleges is the architect of a scheme to abduct thousands of Ukrainian children and facilitate their adoption into Russian homes.

The federal government has imposed sanctions on Maria Lvova-Belova, Russia's children's rights commissioner, who has been accused by Ukraine of organizing the removal of children from the Luhansk and Donetsk regions.

The move is designed to "isolate her and hold her accountable for her crimes," said Adrien Blanchard, a spokesman for Foreign Affairs Minister Mélanie Joly.

"She will become a global pariah."

The UK has also sanctioned Lvova-Belova, signifying its opposition to the child-removal program Russia has introduced since invading Ukraine. 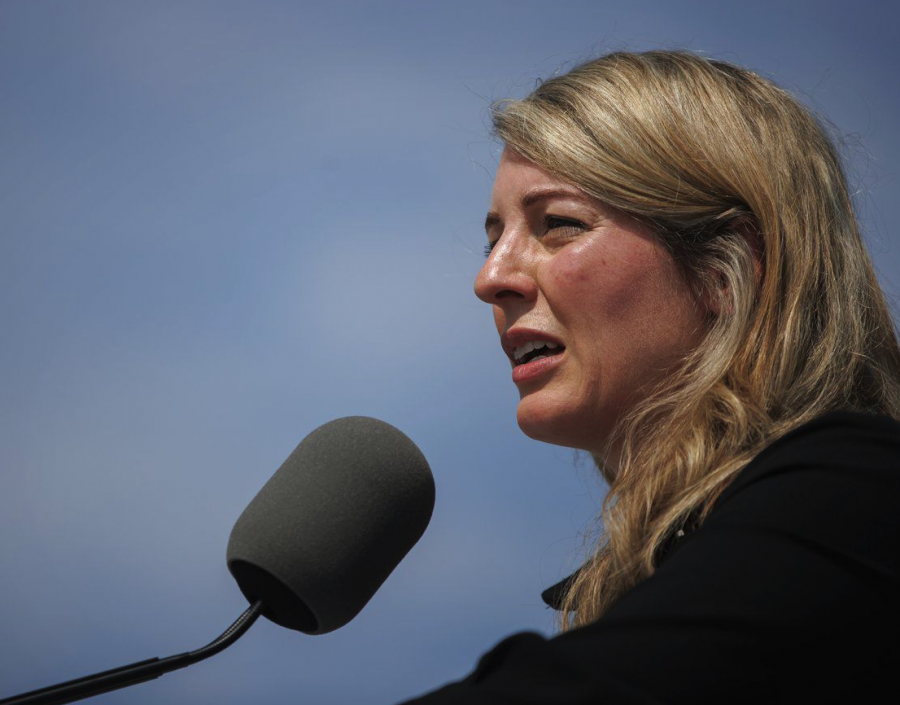 Yulia Kovaliv, the Ukrainian ambassador to Canada, said earlier this week in an interview that her country is trying hard to get children abducted by Russia back.

The child abductions are some of the 28,000 suspected war crimes being probed by Ukraine, with help from Canadian investigators.

Thousands of children have been transported to Russia from the self-proclaimed republics of Donetsk and Luhansk, including from orphanages.

Moscow has claimed most of them are Russian-speaking.

Blanchard said "targeting children and in many cases orphans is simply diabolical and cannot go unpunished."

He said Lvova-Belova is the "architect" of the system which "has inflicted untold pain on thousands of Ukrainian children and families."

"Canada will continue to lead the international efforts to hold Russia accountable for these atrocities," he said. "We were one of the first countries to stand with Ukraine in their International Court of Justice case against Russia."

On Wednesday Ukraine observed its Independence Day with a series of events across Canada, marking 31 years of Independence from Russian control.

At a Toronto auction to raise money for ambulances and evacuation vehicles, hosted by Kovaliv, a piece of a Russian missile that fell on a Ukrainian training base near the Polish border fetched $5,000.

Only weeks before the missile fell in March killing 43 soldiers, Canadians had been training Ukrainian troops there.

Before she took up her posting in Ottawa in April, Kovaliv grabbed the piece of shrapnel to bring it to Canada.

Roman Shimonov, CEO of Roshel, chosen by the Canadian government in April to supply eight armoured personnel carriers for Ukraine, won the bidding for the rocket fragment.

Shimonov, who was among Canadians recently sanctioned by Russia, bid $3,000 and topped it up with another $2,000.

He said in an interview that he would display the piece of Russian rocket in a case at his company's headquarters in Mississauga, Ont.

"It has a very big symbolic significance," he said. "We bought this lot … to enable them to purchase the ambulances."