Saskatchewan says it wants to suspend social assistance for violent offenders who have warrants out for their arrest.

The Saskatchewan Party government introduced legislation Thursday that would cut off people’s provincial benefits if they have an active warrant for any Criminal Code offence.

The bill is in response to the mass stabbings in September on James Smith Cree Nation and in the nearby village of Weldon, Sask., where 11 people died and 18 others were injured.

The suspect, Myles Sanderson, had a warrant out for his arrest at the time of the killings. Sanderson died in police custody days after the stabbings.

Public Safety Minister Christine Tell said Sanderson was also receiving financial assistance from the province, and the proposed law would have applied to him.

"That sparked the discussion of how many? Is this common?" Tell said Thursday.

"When you are in violation of the law of this country, and you’re out there and being funded by taxpayers of this province, (that’s) insane."

There are 1,300 active warrants for serious, prolific offenders in Saskatchewan, Tell said.

"(Sanderson) is one example," she said. "I am certain there are going to be (other) individuals who are on government assistance of some sort." 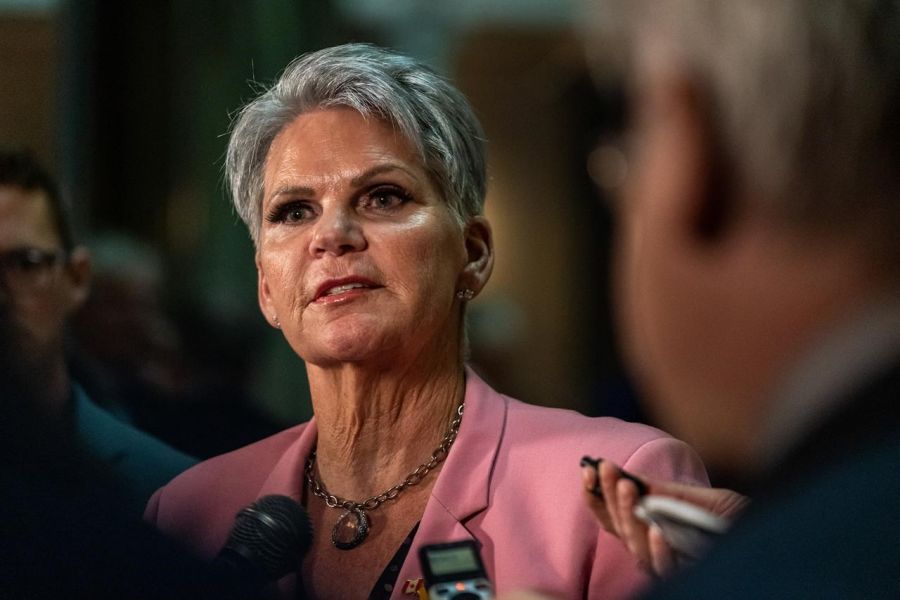 The proposed bill would allow government agencies to share information about violent offenders who are at large. For example, the Ministry of Social Services can provide an address to police, who are responsible for executing warrants.

The government said the bill would only apply to serious offenders like Sanderson.

Documents from the Parole Board of Canada show he had been convicted of 59 offences including violent assaults — some involving people who would become victims of the Sept. 4 attacks. Four months before the stabbings, the Correctional Service of Canada issued a warrant for his arrest for a parole violation.

"Albeit, that’s one example. We know of others that haven’t been as much in the media as that particular individual," Tell said.

Social services will have discretion about who the law will apply to, while making considerations on compassionate grounds. Pregnant women and youth could be excluded.

"Each one will be considered on its own merits," Tell said.

She also noted that if offenders at large have their benefits suspended, it would not affect the assistance their families receive.

Nicole Saurer, the NDP Opposition’s justice critic, said if the legislation is going to help those who need to apprehend violent offenders, "then that’s a good thing."

"What James Smith Cree Nation really taught us is there’s an awful lot of people out in Saskatchewan on warrants that haven’t been apprehended," she said.

The government said the law is expected to come into force next year.