City crews in Charlottetown have taken down a statue of Canada’s first prime minister.

The action this morning follows Monday’s vote by Charlottetown council to permanently remove the Sir John A. Macdonald statue from a downtown intersection as a response to recent revelations about Canada’s residential school system.

Council had been planning to improve signage and add an Indigenous figure to the Macdonald statue but decided to remove it entirely following the discovery last week of the remains of 215 children buried on the site of a former residential school in Kamloops. 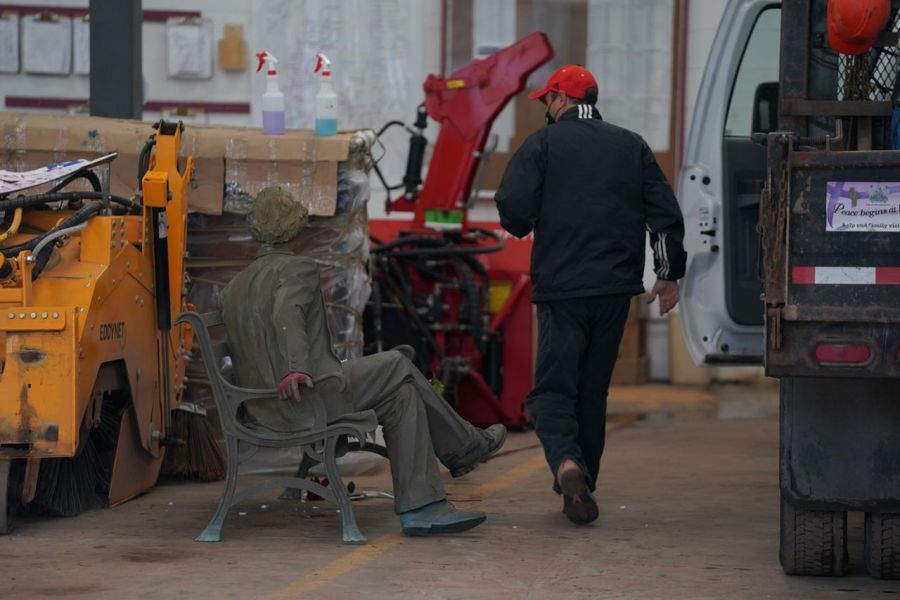 A vigil was held Monday morning where demonstrators placed 215 pairs of shoes next to the statue of Macdonald, whose government introduced the residential school system in 1883.

The Epekwitk Mi’kmaq Chiefs issued a statement to say they are pleased to see Charlottetown city council has decided to remove the statue from its current location.

They say action on the issue has been long overdue, and the suggested changes will be needed if the statue is ever placed in a new location.