The Canadian soldier who recently led a protest march to Ottawa is now facing a court martial for having spoken out against the federal government’s COVID-19 vaccine requirements while wearing his uniform.

Warrant Officer James Topp was recently notified that he will be allowed to have his case heard in a military court instead of by his chain of command, according to the army reservist’s civilian lawyer.

Phillip Millar says the decision represents a second about-face after the military initially offered his client a court martial when he was charged in February, only to rescind the offer and send his case to Topp’s unit commanders. 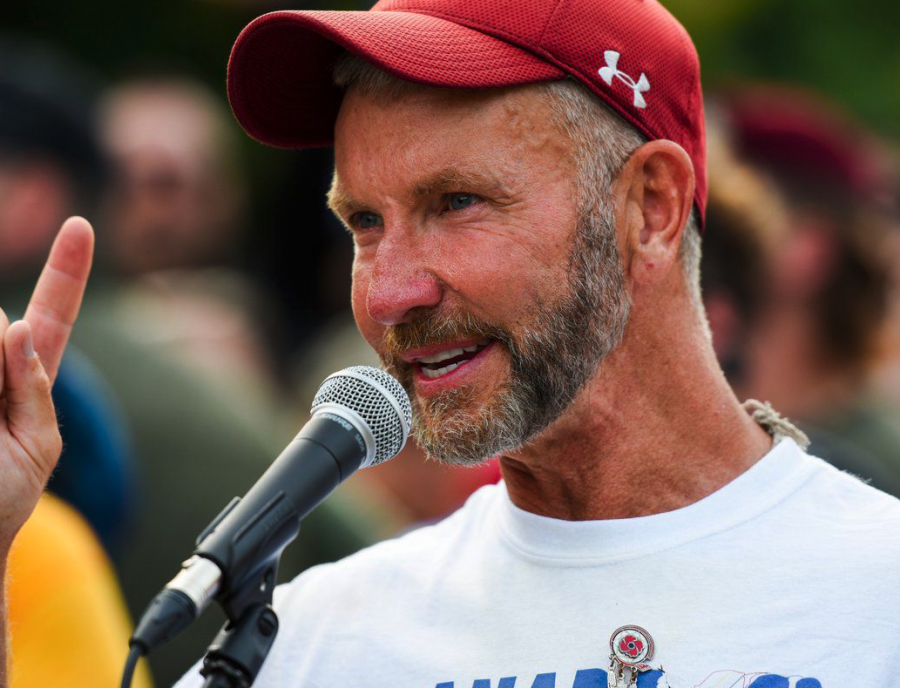 The decision raises the stakes for Topp, according to military law experts, as courts martial are allowed to impose heavier sentences against Armed Forces members than if they are tried by their chain of command in what is known as a summary trial.

Yet it also means he will be allowed to have legal representation at trial, which wouldn't have necessarily been the case if he was tried by his commanding officer, while his trial will receive much more public attention.

“The stakes are obviously going to be increased in a public-relations context,” said retired lieutenant-colonel Rory Fowler, who is now a lawyer specializing in military law in Kingston, Ont.

The Department of National Defence did not respond to questions about whether Topp’s case was changed from a court martial to summary trial and back again.

Topp was charged in February with two counts of conduct to the prejudice of good order and discipline after the army reservist appeared in uniform in two online videos criticizing vaccine requirements for military personnel and other federal employees.

Canadian Armed Forces members are severely restricted in the comments they can make while in uniform, particularly when it comes to criticizing government policies, in large part to protect the military from any perception of politicization.

Topp, who is now in the process of being released from the military, later led a months-long march from Vancouver that ended in Ottawa last week and was supported by many of the same organizers as this year's "Freedom Convoy.”

He has since become a symbol of sorts for Canadians opposed to vaccines, vaccine mandates and perceived government overreach. Some Conservative MPs have also hitched their wagon to him, including leadership candidate Pierre Poilievre.

While Millar questioned the military’s back and forth with his client, and said he planned to question the way Topp’s charges were handled, he nonetheless welcomed the latest decision to allow a court martial.

That is because Topp will now be allowed to have a lawyer present during his trial, where Millar said he plans to call expert witnesses to question the need and efficacy of the military’s vaccine requirement.

The requirement imposed by chief of the defence staff Gen. Wayne Eyre late last year remains in place even though a similar mandate for most other federal public servants has now been suspended.

While the shift from a summary trial back to a court martial means Topp will be afforded an independent trial with legal representation, Fowler said it also means the army reservist faces potentially stiffer penalties if convicted.

Under a summary trial, commanding officers are largely restricted to handing down reprimands and fines. If he is found guilty by court martial, however, Topp faces the threat of dismissal from the military with disgrace and up to two years in prison.

Retired colonel Michel Drapeau said while there may be a number of reasons why the military opted to change the case from a summary trial back to a court martial, he believed the latter was the appropriate venue for hearing Topp’s case.

“It provides for a trial in an open court with all Charter legal guarantees,” Drapeau said in an email. “It also provides for the provision of free legal support to the member.”