To conduct the audit, Greenpeace volunteers collected 2231 of identified trash and over 700 pieces of branded but unidentifiable trash from beaches and rivers from five locations across Canada.

The audit found five major polluters: Nestlé, Tim Hortons, PepsiCo., The Coca-Cola Company, and McDonald’s Corporation, who were the most frequent multinational brands collected in cleanups, in that order. 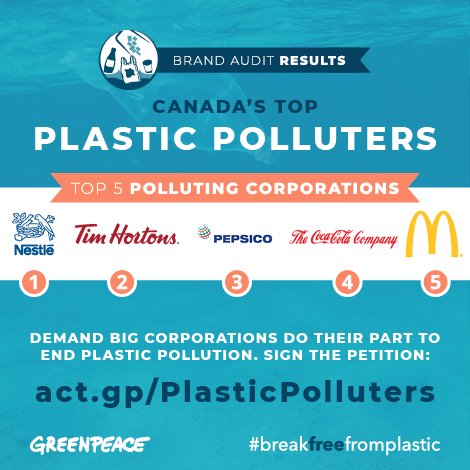 Tim Hortons’ takeaway coffee cups were one of the main polluters in Canadian beaches and rivers.

“Plastic lined coffee and other beverage cups were the third most common type of plastic item found, with Tim Hortons, McDonald’s and Starbucks being the main contributors,” said Greenpeace.

“The second most frequently found item was plastic bottles, with Nestle, Coca-Cola and PepsiCo. water and beverage brands contributing the most to these numbers.” 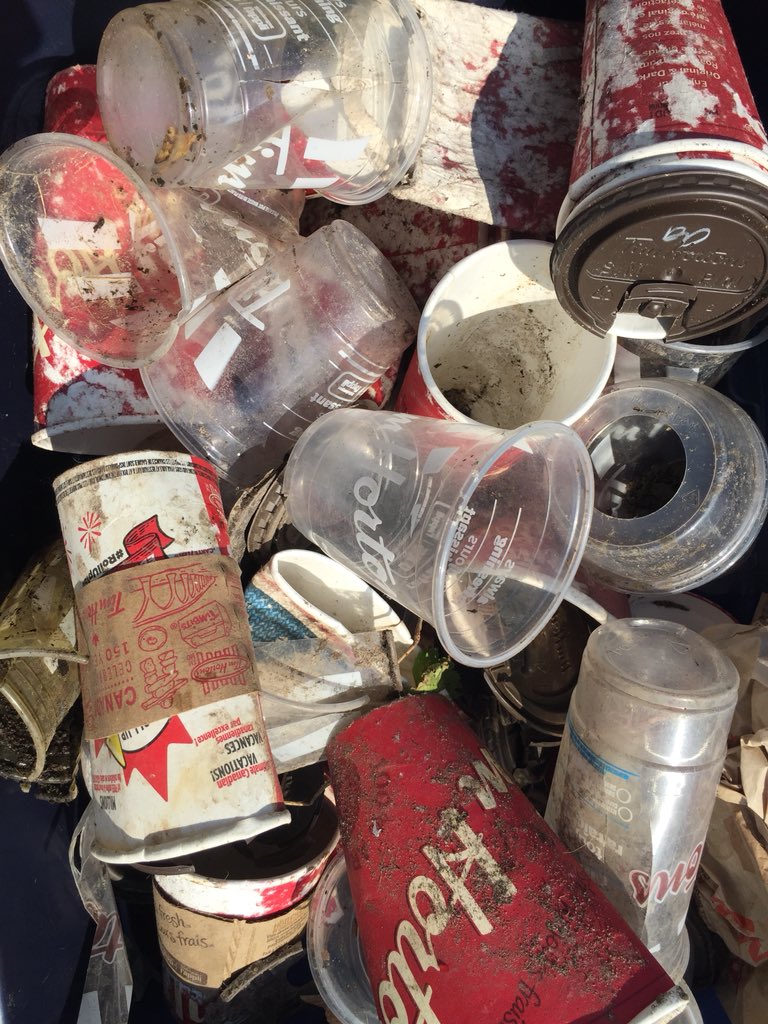 Globally, three of the same companies made the top five, with The Coca-Cola Company named as the top polluter, followed by PepsiCo., Nestlé, Danone, and Mondelez International.