The assassination of Japan's longest-serving prime minister during a campaign speech is "horrifically disturbing" and demands pushback against rising violence and threats that are harming democracy, Prime Minister Justin Trudeau said.

Abe was killed Friday on a street in western Japan by a gunman who opened fire on him from behind as he delivered a campaign speech — an attack that stunned the country that has some of the strictest gun control laws anywhere.

The 67-year-old Abe collapsed bleeding and was airlifted to a nearby hospital in Nara, about 500 kilometres west of Tokyo. He was pronounced dead after receiving massive blood transfusions, officials said. 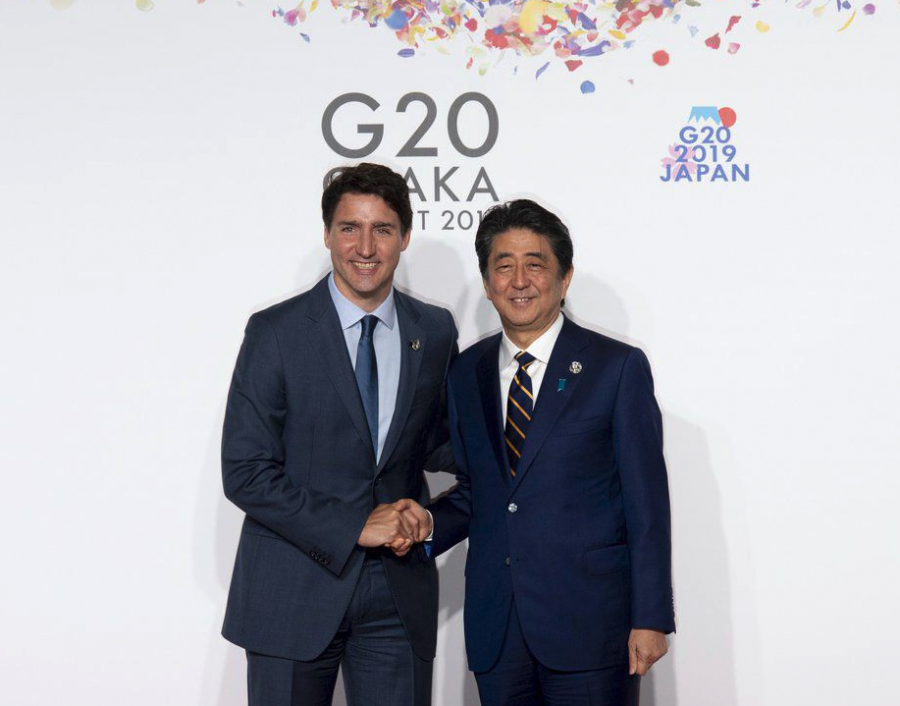 Trudeau said the senseless death was compounded by the fact it occurred while Abe was campaigning, ahead of elections for Japan's upper house taking place next week. He said everyone must recommit to "the values and principles of democracy" allowing for great debate and a diversity of perspectives but without threat of violence and intimidation.

Security risks in Canadian politics have heightened in recent years, particularly noticeable on the federal election campaign last fall when the threat level against Trudeau rose so much his security detail was significantly expanded.

Interim Conservative leader Candice Bergen said in a statement that Abe's time in office "was critical in strengthening Canada-Japan relations."

"His legacy is one of a commitment to regional prosperity and security which is reflected in treaties like the Comprehensive and Progressive Agreement for Trans-Pacific Partnership, of which both Canada and Japan are signatories," she said.

In a statement released by the White House, U.S. President Joe Biden said he was "stunned, outraged and deeply saddened by the news that my friend Abe Shinzo, former prime minister of Japan, was shot and killed while campaigning."

"While there are many details that we do not yet know, we know that violent attacks are never acceptable and that gun violence always leaves a deep scar on the communities that are affected by it," Biden said. "The United States stands with Japan in this moment of grief. I send my deepest condolences to his family."

Prefectural police in Nara arrested the suspected gunman at the scene of the attack and identified him as Tetsuya Yamagami, 41, a former member of Japan's navy. Broadcaster NHK reported that he said he wanted to kill Abe because he had complaints about him unrelated to politics.

Prime Minister Fumio Kishida and his cabinet ministers returned to Tokyo from campaign events around the country after the shooting, which he called “dastardly and barbaric." He pledged that the election, which chooses members for Japan's less-powerful upper house of parliament, would go on as planned.

“I use the harshest words to condemn (the act),” Kishida said, struggling to control his emotions. He said the government planned to review the security situation, but added that Abe had the highest protection.

Even though he was out of office, Abe was still highly influential in the governing Liberal Democratic Party and headed its largest faction, Seiwakai.

New Zealand Prime Minister Jacinda Ardern said "events like this shake us all to the core."

“He was one of the first leaders I formally met when I became prime minister. He was deeply committed to his role, and also generous and kind. I recall him asking after the recent loss of our pet when I met him, a small gesture but one that speaks to the kind of person he is," she said.

Indian Prime Minister Narendra Modi tweeted that he was "deeply distressed" by the attack on a "dear friend."

“Mr. Abe is a good friend of Singapore. I had just hosted him to lunch in May, on my visit to Tokyo. My thoughts and prayers are with Mr. Abe and his family," Lee said on Facebook.