By early next week, Canadians and all other foreign visitors who travel to the United States by air will need to get a COVID−19 test no later than 24 hours before their departure.

US President Joe Biden is slashing the current 72−hour testing window for fully vaccinated travellers as part of a suite of public health measures aimed at slowing the spread of the highly mutated Omicron variant.

"We’re pulling out all the stops to get people maximum protection from this pandemic," White House press secretary Jen Psaki told a briefing Thursday in advance of Biden’s afternoon announcement.

"Our view and belief, and the belief of our medical team, is that we have the tools to keep people safe. We’re executing on a robust plan that builds off of all the actions we’ve taken to date — we are not starting from scratch here." 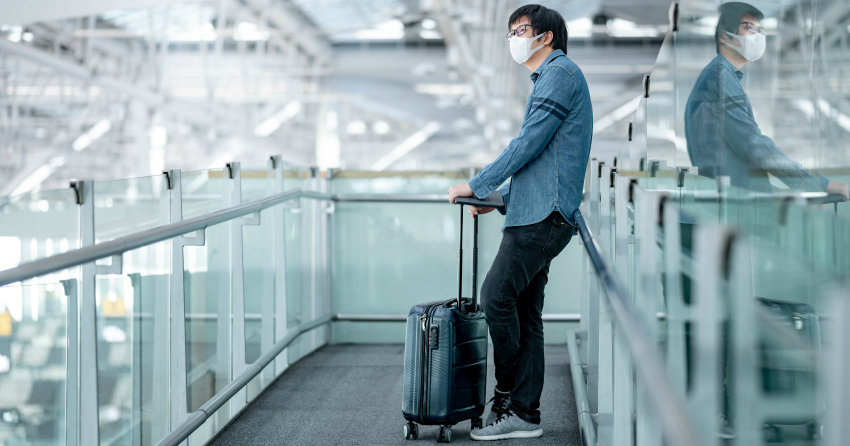 A White House background memo makes no mention of land borders, or whether fully vaccinated Canadians who drive south would be required to show a test result. Currently, no such test is required to cross into the US by land.

Martin Firestone, a travel insurance broker in Toronto, said he’s been run off his feet in recent weeks as clients seek clarity on the ever−changing constellation of travel rules — and he expects that to continue given the latest changes.

Firestone said he’s already heard from clients who say they’re having trouble finding an affordable antigen test that has a turnaround time of less than 24 hours, forcing them to pay a premium for quicker testing options.

"They called Shoppers (Drug Mart) … and they say they can’t get it back to you quick enough that you’ll have it guaranteed for sure before you hop on an 8 a.m. flight," Firestone said.

"So they’re being forced to go to private health clinics where the cost of a rapid test, to get it back in 15 minutes, is $350, if you can believe it."

Psaki was asked Thursday about the potential challenges of a 24−hour window and said the White House is taking the issue under consideration, but couldn’t say immediately whether there would be any exceptions.

She also pointed out that there are still more questions than answers about the dangers of Omicron, making it difficult to anticipate future changes to international travel restrictions.

"I wouldn’t expect the lifting of restrictions before we know more about the variant," Psaki said.

The rise of Omicron marks only the latest twist in the long road back to some semblance of normality for people who routinely travel back and forth between the two countries.

It’s been less than a month since the US lifted its restrictions on fully vaccinated non−essential travellers seeking to enter the country by land from Canada and Mexico.

Canada, meanwhile, has for now exempted US visitors from its stringent new rules, which require all other foreign air travellers to get tested upon arrival and self−isolate while awaiting the results.

Currently, the US requires fully vaccinated visitors who are arriving by air from Canada to get tested no more than 72 hours before departure, while those crossing by land need no test at all.

Canada, which began allowing fully vaccinated US citizens to enter the country back in September, continues to require everyone who’s had a full course of a COVID−19 vaccine, including Canadians, to also provide proof of a recent negative COVID test.

"They are mentally fatigued. It plays mind games with you," he said.

"The bottom line is we’ve taken two steps back in the last little while. We were really on a nice trajectory, and I think the combination of the variant, along with new rules being put in place, has really put us behind the 8−ball."

The Canadian government has so far remained mum on whether it expects the exemption for air passengers from the US to change before Monday.

Health Minister Jean−Yves Duclos said the government would consult with provinces and territories on whether to impose similar measures on visitors from the US, but Transport Minister Omar Alghabra refused to say Wednesday whether a decision on that score was imminent.

Other components of the 10−point US strategy, outlined Wednesday by the White House in advance of Biden’s announcement, include:

—A plan to expand access to booster shots, with a comprehensive outreach effort to convince nearly 100 million eligible Americans to get one;

—Accelerating the effort to safely vaccinate children under the age of five;

—Another 200 million COVID−19 vaccine doses donated internationally within the next 100 days.