A Calgary man is suffering from Stampede food hangover after eating more than 30 pancake breakfasts, all for charity.

Meet Kyle MacQuarrie who made headlines during the Calgary Stampede as he started his “Pancakageddon” challenge. 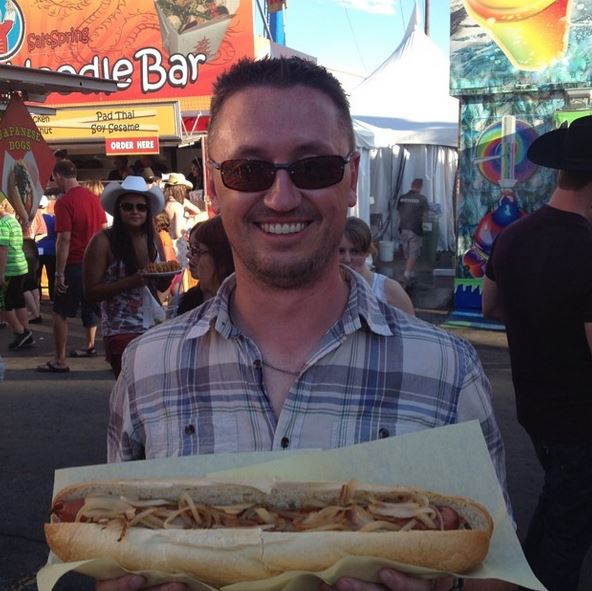 Kyle MacQuarrie takes a break from pancakes to enjoy other Calgary Stampede food including a footlong hot dog.

And with that, #pancakageddon is done. 8 days, 36 breakfasts, and over $5500 raised for charity. Huge thanks to family, friends, & sponsors!

How many did he eat? Thirty-six pancake breakfasts in eight days which he captured on Instagram. This isn’t the first time MacQuarrie has done an extreme eating challenge, in 2012 he at 14 Stampede breakfasts.

In the end, MacQuarrie raised $5,500 as sponsors jumped on board. The money raised will be split between the Calgary Inter-Faith Food Bank and Juvenile Diabetes Research Foundation Canada.

Alleged police impersonator in BC Interior was in fact a cop: RCMP