With the continued understanding of nutrition, sports science, and psychology, athletes have grown remarkably skilled over the past several decades. Many of today’s top athletes would look positively superhuman to the sports spectators and fans of the midcentury. While much of this athletic progress can be attributed to advances in biological mechanics, the world’s best athletes know that greatness is only possible when you are mentally prepared to win.

Over the past few years, more and more athletes are divulging that visualization has played an important role in their success. Wayne Rooney, the soccer striker from Manchester United and one of the world’s great players, has said that he goes so far as to investigate the match day uniform colours the day before a big match. He then uses this knowledge to create a rich visualization inside his mind, immersing himself in the game, the goals, and the win, before he has even stepped onto the field. But Rooney isn’t alone; other star athletes, including Michael Phelps, Muhammad Ali, Steve Nash, and Tiger Woods have all credited a portion of their success to this mental technique.

Jack Nicklaus, one of the world’s greatest golfers, once revealed, “I never hit a shot, even in practice, without having a very sharp, in-focus picture of it in my head. It's like a color movie.” 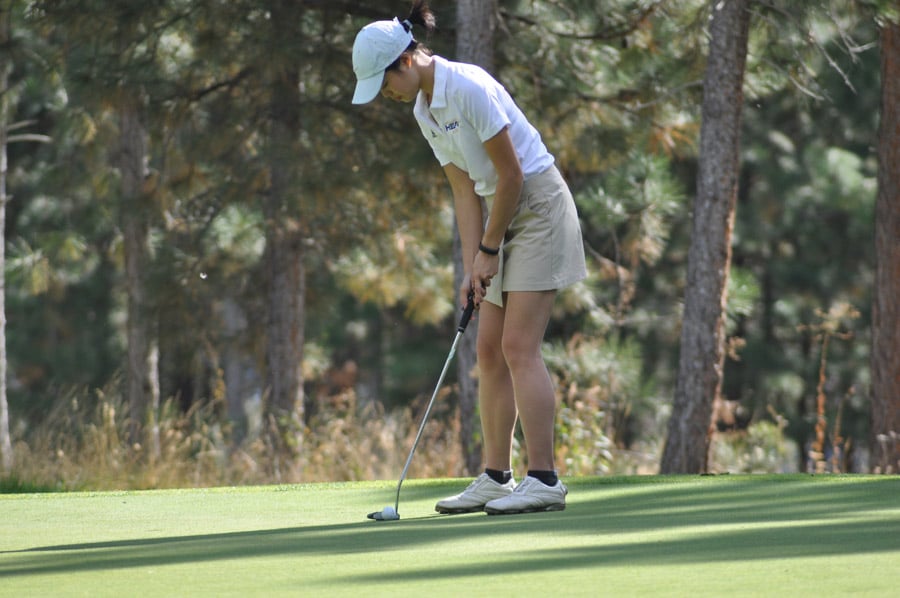 Carolyn Lee is on the UBC Okanagan Heat’s golf team and, as a gold medalist, she is familiar with visualization as an important part of her training.

“Golf is a game where at least half of one's success comes from the mental part of it. Visualizing my shot before I hit allows me to get into the right frame of mind. It forces me to stay in the moment and not get ahead of myself,” said Lee. “By imagining where I want the ball to go, I can create the necessary moves with my body. Visualization is something that cannot be over practiced and is a key aspect in my sport.” 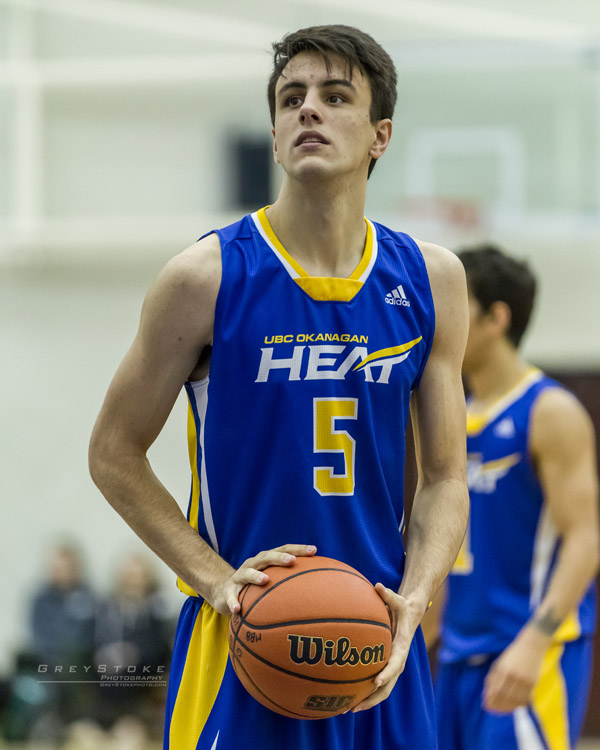 Visualization involves mentally practicing, helping your brain create and strengthen connections that can improve your game in real life. This can be as simple as practicing your golf swing or free kick in your head, or as involved as playing an entire winning game. As children and teens are still creating these kinds of connections as part of their natural development, visualization can be a particularly powerful tool for young athletes.

“Preparing your mind to train and compete is an important skill to master, and visualization is a main component of an overall mental training program,” said Steve Manuel, coach of the UBC Okanagan Heat Women’s Volleyball team, currently ranked #1 in Canada. “Athletes often focus on practicing, physical training, eating well, getting proper rest, all in order to be their best. Visualization and mental imagery are also a key piece to an athlete's overall development, and it’s never too early to start.” 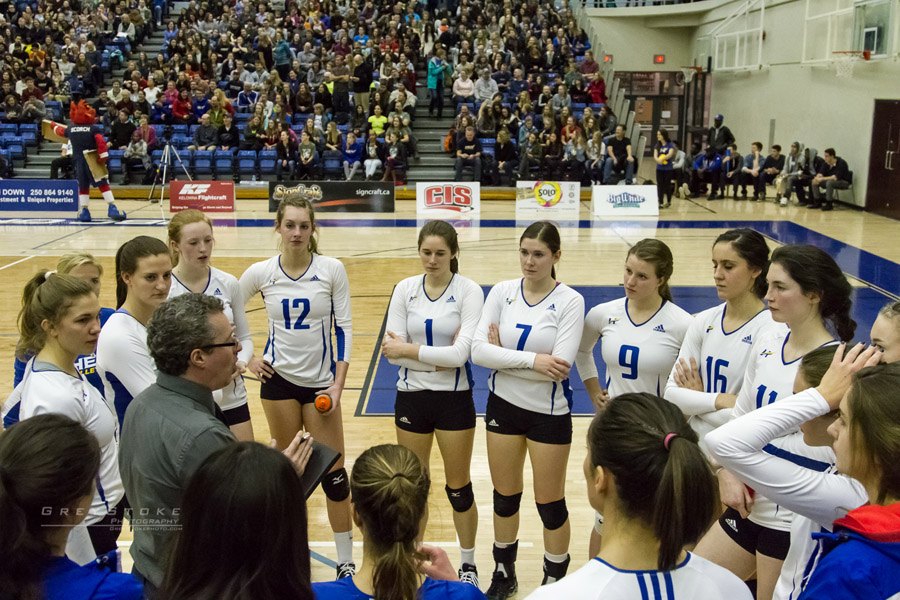 Visualization is a tried and tested technique with results that consistently pay off. One study examined the brain patterns in weightlifters and found that whether the athlete was lifting hundreds of pounds or imagining lifting the weight, the brain was similarly activated. A similar study divided ordinary people into two groups; one went to the gym and the other carried out visual workouts in their heads. While the group who physically went to the gym saw a 30% muscle increase, the group who went to the gym mentally still noted a 13.5% increase in muscle strength.

This summer, the University of British Columbia Okanagan will host the 2016 Heat Sport Camps. These multi-day camps are designed for teens who are looking to improve their abilities and work alongside qualified coaches and student athletes. As part of the program, young athletes will learn more about the importance of visualization and improving the mental aspect of their game. 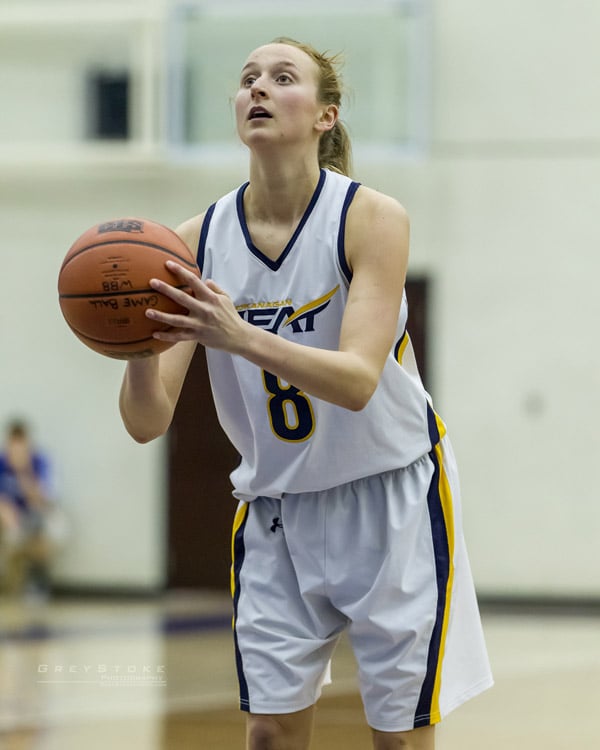 “I always tell my players, “you have to train your mind like you train your body.” Visualization is an integral part of sport and like any skill, you must practice it to become better,” explained Claire Meadows, Head Coach for the UBC Okanagan Heat Women’s Basketball team.

“Our athletes are taught how and when to properly visualize certain parts of the game and it is an expectation that they continue to work on their visualization skills throughout the year. Visualization helps to improve preparation, confidence and emotional control during both practices and competition. It is an important piece to the overall development of the whole athlete.”

Registration is now open for the 2016 UBC Okanagan Heat Sport Camps, with options for basketball, soccer, volleyball, and golf. The camps will help athletes learn sport-specific technical skills and tactical elements while increasing fitness in a challenging and positive environment. To learn more about these camps, visit athletics.ok.ubc.ca/community/sportcamps.