The Salute to the Sockeye festival has returned for the first time since 2018 to celebrate another dominant year of the sockeye salmon run.

The event is led by the Adams River Salmon Society with a collective effort from Little Shuswap Lake Band, Department of Fisheries and Oceans, BC Parks, and the Pacific Salmon Foundation.

From Sept. 30 to Oct. 23, visitors can attend the festival at Tsútswecw Provincial Park to celebrate the largest sockeye salmon run in North America each day from 8:30 am to 4:30 pm. It's estimated that 2.2 million sockeye return to the Shuswap Lake in a dominant run year.

For thousands of years, the Adams River sockeye (sqleltenuw̓i) have been an important part of the lives of the Secwepemc people of the Shuswap Lake and Adams Lake, providing them with a main source of food for the winter.

The Secwepemc people have been concerned about the many threats causing a decline in salmon numbers over the past 20 years, including reduced streamflow, increased water extraction, climate change, pollution, agriculture, logging and more.

Although the sockeye are known as tenacious fighters, they may not be able to withstand any more threats, which is why the Salute to the Sockeye event is so important.

The Adams River Salmon Society helps determine how best to utilize the proceeds from the festival to facilitate the education and conservation of the natural and cultural resources of Tsútswecw Provincial Park. 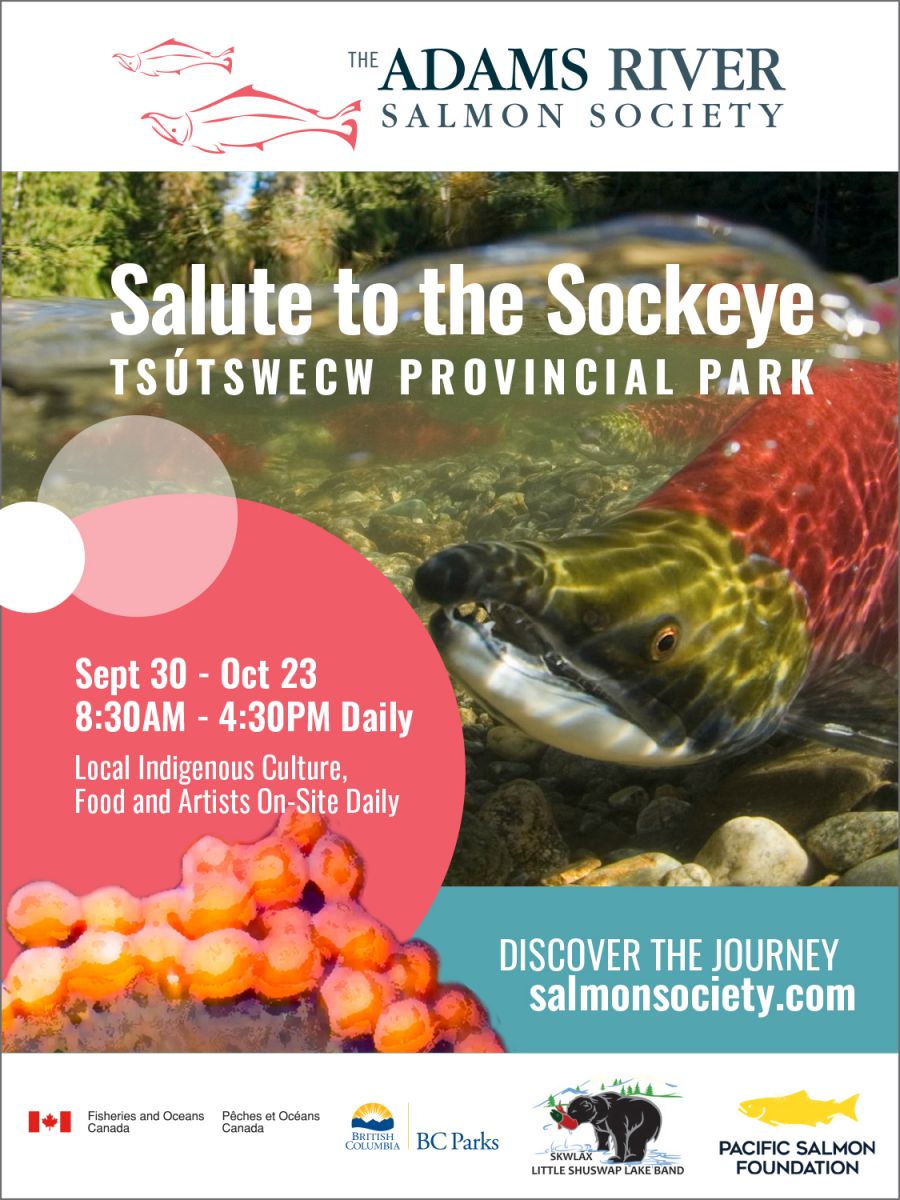 Take the time to appreciate and understand the salmon’s journey by attending Salute to the Sockeye.