It’s that time of year. When marketing geniuses working on behalf of corporate giants release thoughtfully curated and often tear-worthy holiday ad campaigns making us wonder what they’re really selling. Shoes, diamonds, vacation packages … or is it something more?

Over the years, the KGH Foundation has become known for creating compelling campaigns to support their fundraising campaigns. Among the most memorable are Foundry Kelowna, Cardiac Electrophysiology and most recently, JoeAnna’s House.

But their newest release goes above and beyond. The short, 2.5-minute film follows a young hockey player who dreams of one day playing for the Kelowna Rockets; a gentle grandfather whose young granddaughter is the apple of his eye; and a young couple about to have their very first baby.

The visuals are brought to life by a stunning script, carried by a voice that some will find instantly recognizable. Narrated by local poet turned international, award-winning spoken word performer thanks to his world-stage debut at the Vancouver 2010 Olympics, Penticton’s Shane Koyczan thoughtfully and artistically explores the balance between life’s greatest challenges and the value “time” plays. And because the KGH Foundation is a fundraising organization, the “giving” message is woven cleverly throughout. 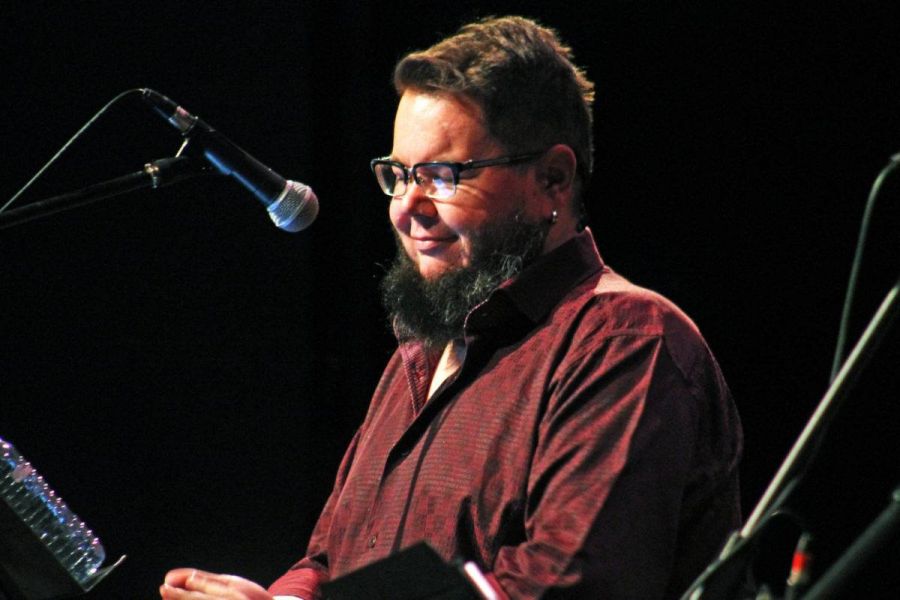 “We really wanted to make these experiences relatable,” explains Lindsay-Anne Dow, Creative Director at the KGH Foundation. “How many people do we know who have had a birth scare, or a loved one injured in an accident, or maybe worse, by a stroke. And then tying in the local footage of Kelowna landscapes, the hospital, the Rockets – it’s truly an Okanagan story and one that should touch us all.”

The film’s producer, State of Mind Films, chose to work with local actors who played the roles of the patients and families in the film. In total 14 actors were selected to portray characters at various stages of their lives. 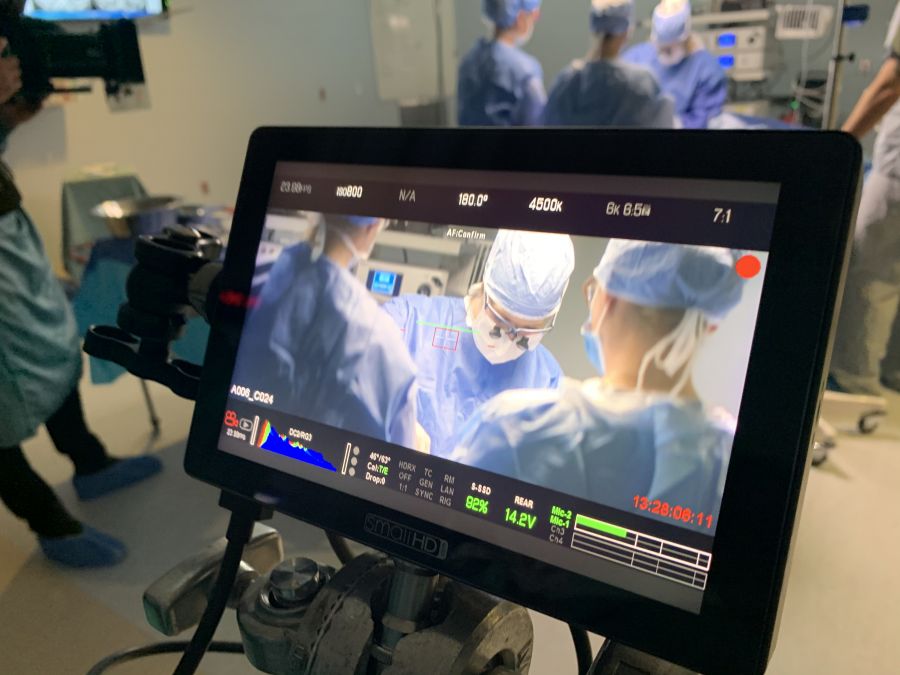 But when it came to hospital staff, it’s the real deal. KGH nurses from both the Intensive Care Unit and Neonatal Intensive Care Unit can be seen throughout the film, along with technicians and equipment from the hospital’s Medical Imaging department and surgical staff performing a mock surgery in one of KGH’s newly remodelled operating rooms. Even the ambulance was supplied by BC Ambulance and driven by a certified paramedic. All hospital scenes were shot on location at KGH, which, considering the centre’s thousands of daily procedures, was an impressive feat.

“Filming in a working hospital, serving a region of upwards of one million people, is an ambitious task to say the least,” said Shauna Nyrose, Communications Director at the KGH Foundation. “We were prepared to be flexible. We shot most scenes over the weekend. It required a huge team effort on the part of hospital staff, one that they enthusiastically embraced. I really hope they feel as proud as we do about the end result.” 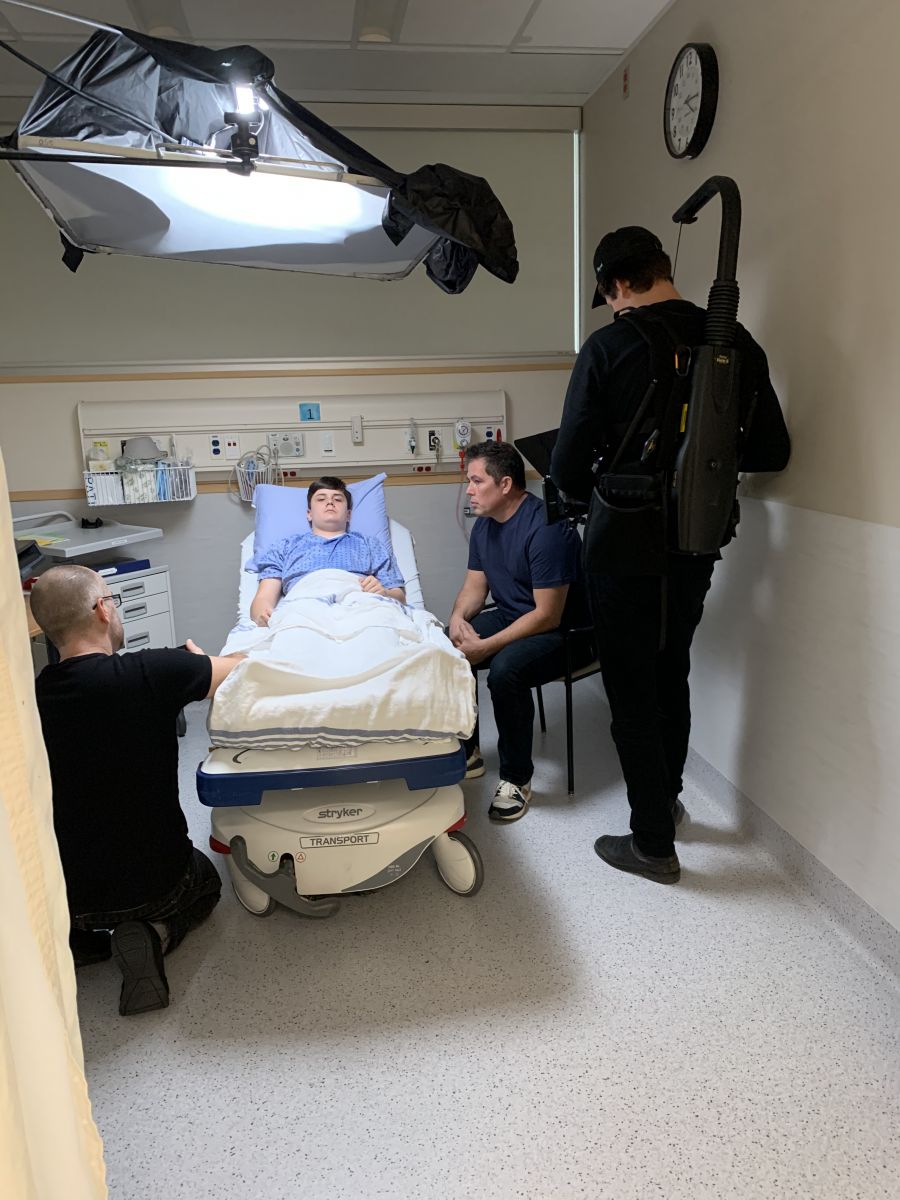 The aerial drone shots too had to be carefully orchestrated so as to not interfere with Transport Canada airspace. The hospital’s helicopter landing pad is frequently used in emergency situations by BC’s Air Ambulance.

And yes, that is a real premature baby and those are the real Kelowna Rockets. Although the #2 Wilson jersey was custom made for the fictional hockey player character.

In total, the final edit represents 9 days of filming at 15 different locations and 420 total minutes of footage to sift through. But in the end, the film’s fast-paced 2.5-minutes represents a world-class system of care that is driven by philanthropy. The hospital itself was made possible back in 1908 thanks to a donation of land, and its advancements through the years have placed Kelowna on the map as a regional hub for innovation in healthcare services. It is thanks to a community that works together that this level of care is made possible. And may we all take some “time” this holiday season to consider that.

For more information about the KGH Foundation, please visit www.kghfoundation.com.