Kelowna boy’s health improves with the help of Hope Air

A ten-year-old boy from Kelowna has officially “rung the bell” to signify the end of his chemotherapy treatments.

With help from Hope Air - a national charity providing flights and accommodations to reach medical care - Henry and his mother, Bristol Debowski, have been able to fly to care in Vancouver multiple times. 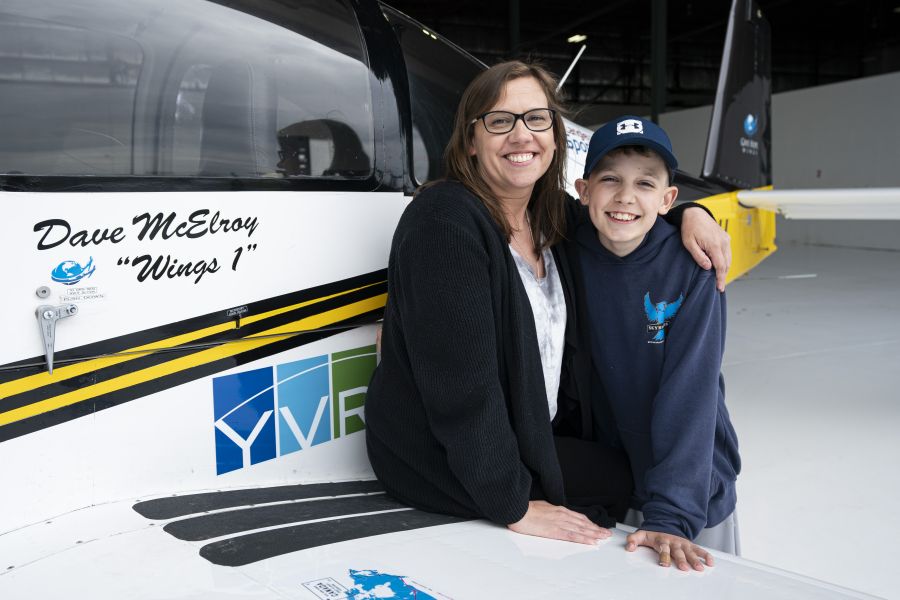 Henry was diagnosed with leukemia in 2019 and the stress of travelling hours for treatments and appointments was another added pressure for the family.

The two had already driven to Vancouver when Henry’s grandfather discovered Hope Air.

The drives had been especially challenging when Henry was not feeling well and when the driving conditions were unsafe.

With flights from Hope Air, they were able to focus on Henry’s health.

“Henry has overcome many obstacles in his life. It is so amazing to see him finally enjoy being a kid again; playing with friends, hanging out with his cats and just having fun,” says Debowski.

To further celebrate the end of his treatments, Henry smashed his pill bottles. He is still getting used to the new routine of not having to take medication every day. 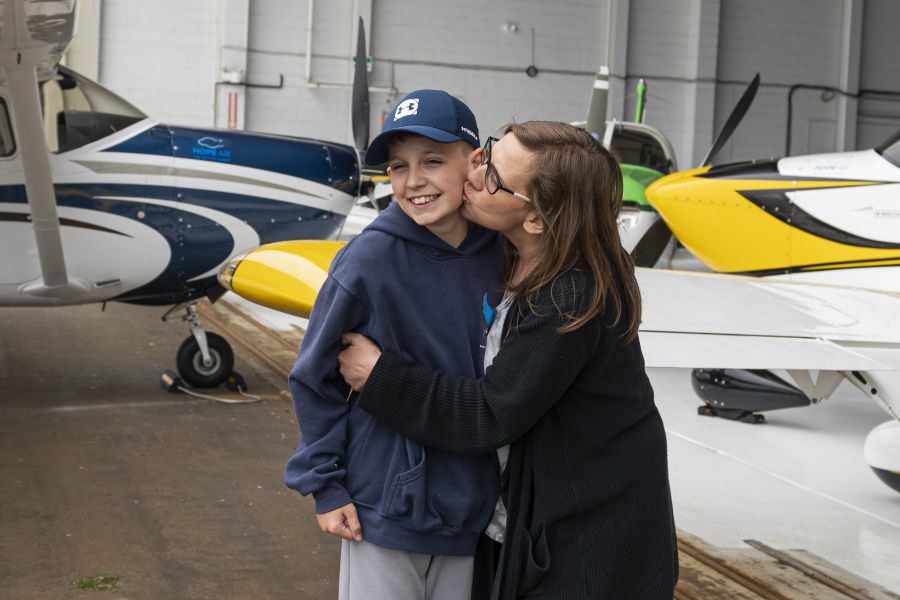 Henry is now finding his new normal by continuing the activities he loves, like soccer and going to school. He continues to do physio at home to build more strength in his legs.

Henry and Bristol need to travel for medical follow-ups. Every three months, Henry will fly to Vancouver for his checkup appointments with the oncology team at BC Children’s Hospital.

Hope Air provides free flights and accommodations to help patients in financial need get medical care. Hope Air has provided Henry and his mother with over 30 flights.

“It’s nice to know that I can go through the process now. It takes two minutes. I get the flight details and then we fly, travelling can be so stressful and knowing we can fly helps us breathe a little easier.” says Debowski. 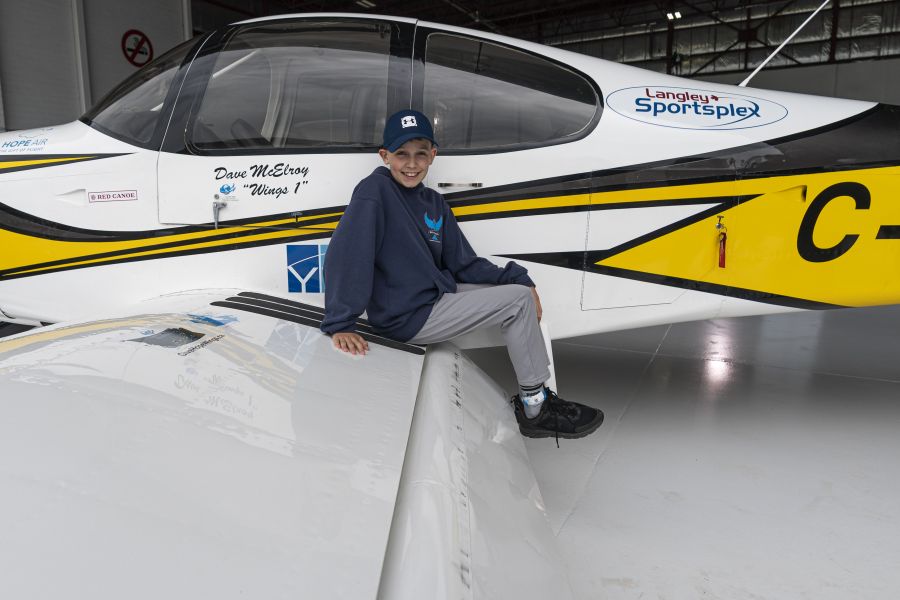 The two have continued taking commercial flights arranged by Hope Air to reach Henry’s appointments during the pandemic. Although she says it can be overwhelming to travel during this time, Debowski says it would have been more difficult to drive.

The mother and son are looking forward to meeting Hope Air volunteers later this summer.

On June 6, a squadron of volunteer pilots will be landing in Kelowna for a Hope Air fundraiser called Give Hope Wings.

It is one of the first stops to launch a longer expedition that runs from June 6 to June 24 during which pilots will fly to communities coast to coast across Canada.

At the Kelowna event, pilots will meet with patients, donors and media with COVID-19 safety protocols and physical distancing measures in place.